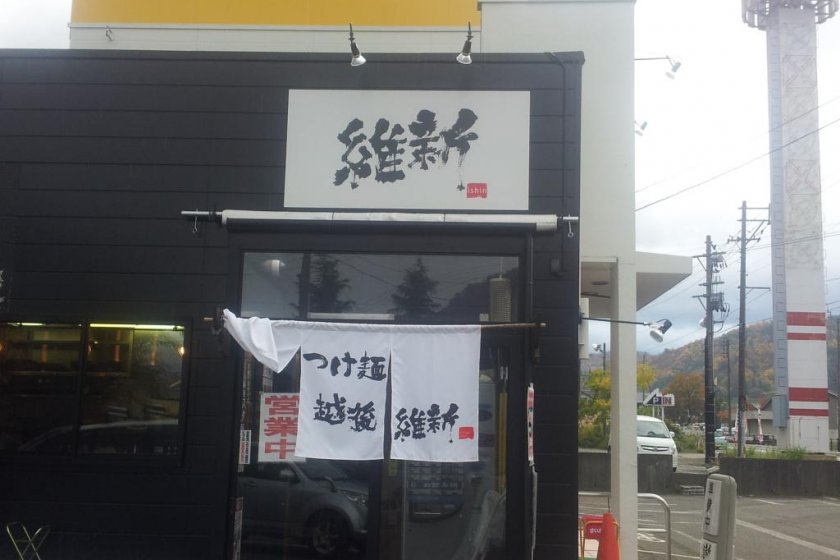 There is a new ramen king in town

The exterior of Ishin

Ishin is the new kid on the block for ramen in Yuzawa but it is also the new king, offering incredibly tasty tsukemen - noodles served separately from the soup.

A few years ago this building in Yuzawa housed an underperforming McDonalds. It then stood empty for a while and there was much speculation when refurbishing began. The building was split in half and two ramen shops opened up side by side. One serves traditional ramen with the noodles coming in the broth, the other, tsukemen. The normal ramen shop is good, but for me, the tsukemen is great.

You get your ticket from the vending machine on the way in. The menu is pretty simple with a choice of 5 different soups. The noodles are made from the local koshihikari rice flour and come in three portion sizes which at the time of writing are all the same price - 330g, 500g or 660g. Wading through a double-sized portion of these noodles is enough to satisfy the hungriest of appetites, though there is also a side menu of other dishes if you want to supplement your feast - bowls of rice, fried dumplings made with local pork, and toppings of slowly braised pork slices that are given a quick pass over with a blowtorch before they are served to get the fat glistening.

The noodles come in a big bowl with a smaller bowl of the soup beside it. Dip the noodles in the soup and slurp away. My recommendation would be one of the two spicy soups: rich and delicious, though you are guaranteed a bit of food envy as you see other diners orders arrive as everything looks so good. Once your noodles are finished you are brought a bowl of the hot noodle water to refresh the soup if you would like to drink some of it, so not a drop of that great flavor has to go to waste. (Don’t drink this cup of water on its own thinking it is bland tea as someone I know did!)

Ishin offers an amazing ramen experience. The tsukemen has been known to sell out but the ramen next door is always a good option too. 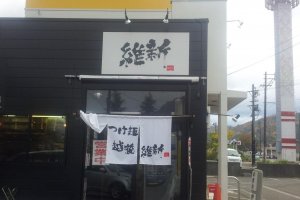 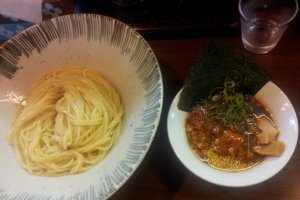 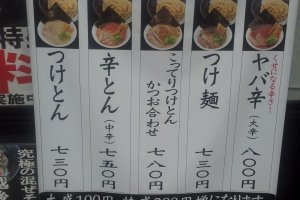