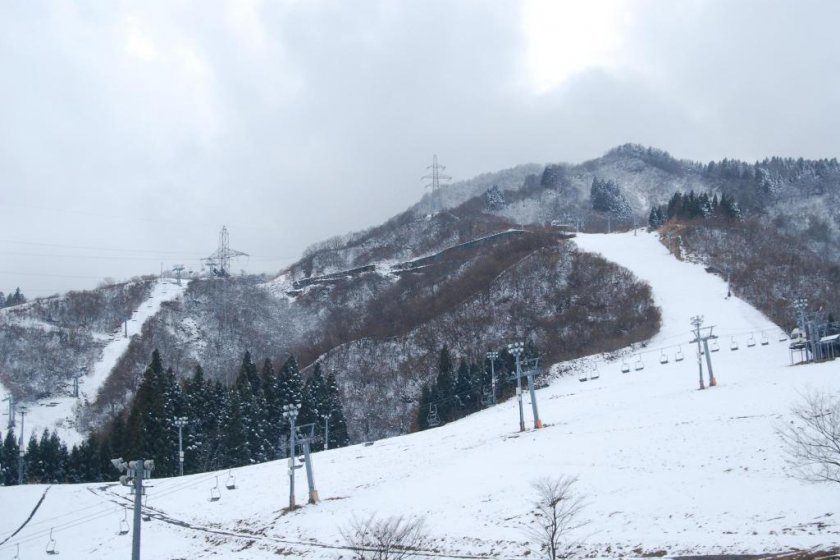 How to you pick your ski slope, hot spring bath and hotel if there is so much on offer in and around Yuzawa Onsen?

There are 16 ski resorts, about 30 hotspring baths and numerous hotels, pension, ski lodges and ryokan (traditional Japanese inn) from the smallest to the biggest, from the basic to the luxurious.

If you want to indulge in a little luxury, and you have the necessary budget, then pick Naspa Ski Garden, a family-oriented ski resort that opened its doors in 1992. It comes with a New Otani Hotel, one of Japan’s main deluxe hotel chains.

As one can expect from a New Otani, the hotel offers all the facilities of a luxury condominium making a stay enjoyable throughout all seasons and especially in winter.

The ski slopes are right behind the hotel which makes for an exciting view from your hotel room window and for extremely easy access. What’s more, an onsen (hot spring bath) is right in the hotel for your after-slopes relaxation.

Season at Naspa starts in late December when the first snow covers the slopes and the resort is opened, and it runs through to early April.

There is an area for children at the bottom of the slopes, called Naspa Kids Garden. This encircled area is only for kids and their parents. If offers a safe environment for kids to enjoy the snow and try out their sledges. The resort’s mascot, a penguin named Pingu, is prominently featured everywhere on posters, in plastic or as Naspa staff disguised as Pingu offering lots of photo opportunities, if this is your kind of thing.

At Naspa Ski Garden skiers are amongst themselves and are not disturbed by snowboarders speeding by on risky rides. This resort prides itself to be the only resort in Yuzawa that is strictly skiers only!

When I went to Naspa to relax in the New Otani it was only mid December. This was pre-skiing season and the slopes were only partly covered in snow. Naspa staffs were busy checking the ski lifts and preparing for the season.

I could imagine how it would look like in mid winter and I found this resort well arranged and convenient in terms of facilities and access.

A free shuttle bus takes you from Echigo Yuzawa Station directly to Naspa. If you come by car, then you can enjoy free parking. 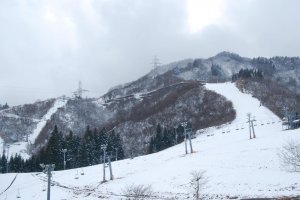 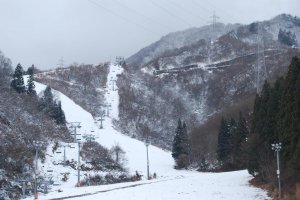 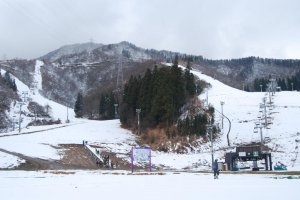