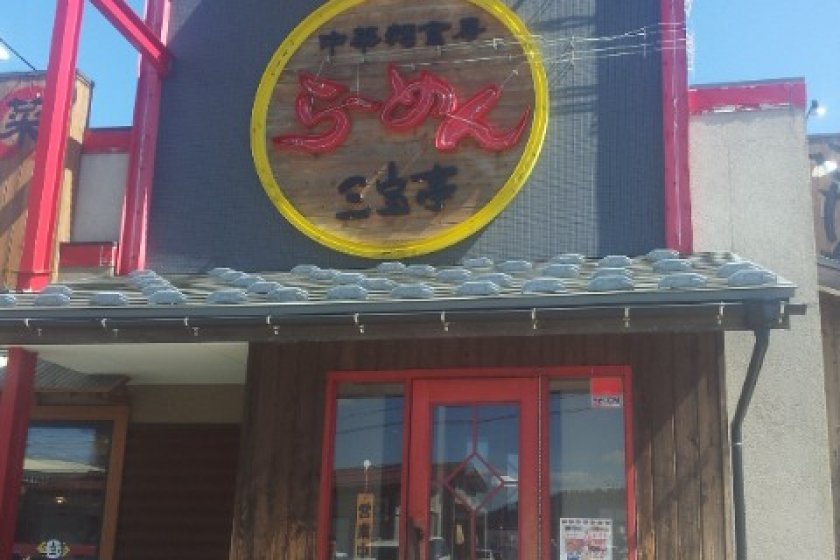 Sanpoutei on a bluebird day

A gluttonous friend recently revealed to me that he makes a stop on his way back to his hometown, pulling off the expressway in the process, at a ramen restaurant in Koide. His food recommendations are always spot on so I went off in search of this noodle joint to see what the fuss was about.

The place in question is Sanpoutei which is a chain I have never come across before. It harks from Niigata but also has a scattering of branches in Akita, Miyagi, Fukushima, Yamagata, Nagano and Aichi. If you find one I would strongly recommend going as the ramen is awesome.

There was a steady stream of people coming in and out during the weekday lunchtime we were there. Walking to our table we saw large bowls of steaming noodles with generous portions of toppings piled on top. There are a variety of dishes on the menu so you are not limited to ramen. I was torn between a pork stamina bowl and the tantan men, but having seen the noodles on the way in, ramen it was.

The restaurant prides itself on the quality of its soup and it is certainly delicious - really thick and rich. The noodles were thin cut and there was a big pile of spicy pork heaped on top of mine. A nice touch which I haven’t seen before was a slotted spoon that you could use to fish out the tasty morsels hiding in the soup at the bottom of the bowl. In the end I didn’t use it as the soup was so good I drank the lot spoonful by tasty spoonful.

The other dishes at our table all received high praise and with some self proclaimed ramen experts in our number this was saying something. The dumplings were fat and juicy and the option to have a mini bowl of another dish turned out to be a great choice for those struggling to decide what to order.

Sanpoutei is definitely up there as one of the best ramen joints I have tried, which was not what I was expecting on learning it was a chain. Track one down - you’ll be glad you did. 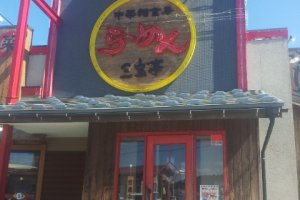 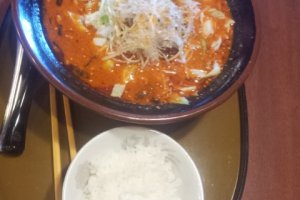 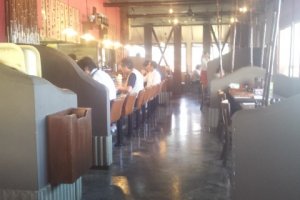