A kite fight over the skies of Niigata

The Shirone Kite Festival is an annual event with origins dating back to the mid 1800's. It's said that residents of Shirone were celebrating the end of a construction project to reinforce the banks of the nearby Nakanokuchi River and accidentally crashed a kite into a West Shirone field. The crash damaged a significant amount of the crop growing in the field and retaliation seemed like the only answer at the time. Residents of West Shirone decided to crash their own kite into the Shirone side of the river.

These days, individuals can register their own "kite fight" teams, with their kites required to meet specific size regulations. The kites have some beautifully ornate designs, and despite the festival's origins being centered around revenge, it's now all in the name of fun.

If you can't get to the region over the festival dates the Shirone Kite Museum is open year round and displays many kites from previous year's events.

The Shirone Kite Festival is held on the banks of the Nakanokuchi River in Shirone, Niigata Prefecture. 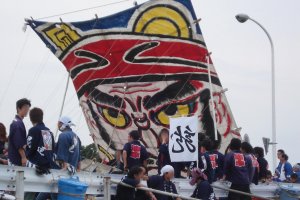 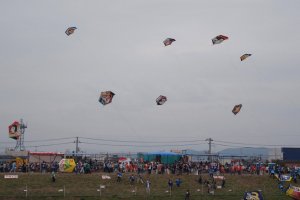 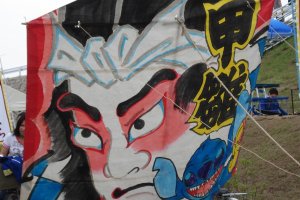 Elizabeth S 2 years ago
Every year, I visit our local kite festival to see giant kites. It's really impressive, but the biggest battle is to keep the kites up and away from each other. But at the Shirone Kite battle they duke it out? That's awesome.
Reply Show all 1 replies

Kim Author 2 years ago
So fun, right?! I've heard there are a couple of other places here in Niigata that also have kite battle events - I don't know that their back stories are as interesting as Shirone's, but it's pretty cool nonetheless!
Reply

Sleiman Azizi 2 years ago
Wow, a kite fight! Strangely, that just makes so much sense.
Reply Show all 1 replies

Kim Author 2 years ago
The origin story still makes me chuckle - I mean, I'd be grouchy too if all my crops got ruined, but still!
Reply
4 comments in total