Celebrating the 75th Anniversary of the Original Publication

A special event taking place at the Niigata City Art Museum celebrates the 75th anniversary of the Thomas the Tank Engine series, which has been loved by children across the world for decades. The event will have a range of items on display, including around 180 original illustrations from the books, and props used in the filming of the TV series.

There will also be limited edition Thomas the Tank Engine merchandise available to purchase, including tote bags, coffee mugs, coloring books, and more.

The Niigata City Art Museum is located approximately 10 minutes by taxi from Niigata Station, served by the Joetsu Shinkansen, the Echigo Line, the Hakushin Line, and the Shinetsu Main Line.

Buses are also available from the station to the museum - you'll find the bus area located outside the Bandai Exit. Take the C6 Yachiyobashi Line for around 15 minutes to the Nishiboridori 8 Bancho stop. From there, the museum is around 5 minutes away on foot. 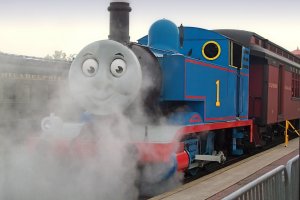 Thomas the Tank Engine Exhibition: The 75th Anniversary of the Original Publication

Lynda Hogan a month ago
Bound to be a hit with the kids. My son would have loved this when he was a preschooler!
Reply Show all 1 replies

Kim Author a month ago
Yes! I wonder if it will be also popular with grown-up train aficionados...there are lots of train fans in Japan, I've found!
Reply

Elena Lisina a month ago
Is Thomas popular is Japan? Funny!
Reply Show all 1 replies

Kim Author a month ago
Quite popular, yes! There's even a Thomas Land at the Fuji-Q Highland theme park! https://www.fujiq.jp/en/area/thomas/
Reply
4 comments in total