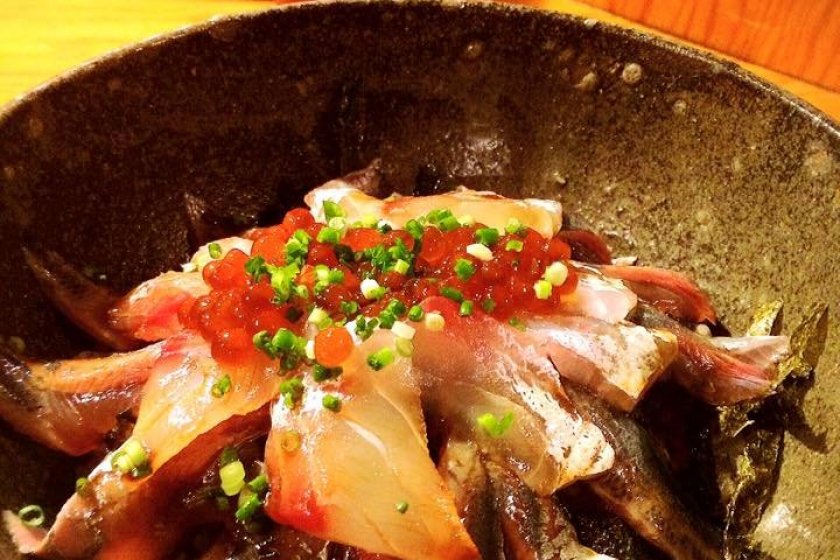 When only the best will do

When making your pilgrimage to Beppu, the unrivaled hot spring mecca of Japan, keep in mind that this sprawling old town in Oita prefecture is almost as famous for its seafood cuisine as for its healing waters. The following advice is for the lucky traveler who makes it as far away from Tokyo as this beautiful corner of Kyushu.

Situated at the westernmost end of Japan’s inland sea, Beppu is nestled in a deep bay just above the Bungo straits, where the nutrient -rich waters of the inland sea (seto naikai) meet and mingle with the Pacific Ocean, producing some of the richest fisheries in the archipelago. This region features verdant, rugged coastlines, pocket seas and jutting peninsulas; on clear days one can see the promontory of Shikoku, shimmering in the distance across the deep blue, plankton-rich offing.

What to look for

Just a few of the specialties of Beppu’s seafood cuisine are: shiroshita karei (local “white belly” flounder); seki saba and seki aji (blue and jack mackerel, seki referring to the “barrier” at the narrowest part of the channel); okoze (devilstinger), tachiuo (scabbardfish) and, last but not least, torafugu (tiger globefish). All of these fish seem to prosper in the fast-flowing waters; the mackerel are especially noteworthy, appearing to live year round in the straits, in spite of being a migratory species. The jacks (aji) are celebrated for their iridescent, golden skin color as much as for their firm, savory flesh.

The preparation is just as novel

Some of the above are prepared as you might find them in Tokyo or (more likely) Osaka, others in ways only typical of this part of Kyushu. For instance, while the dangerous but delectable devilstinger is often simmered in a broth of lightly sweetened sake and fermented soy, your mackerel could be presented as straight sashimi or ryukyu (Okinawan) style, lightly marinated in ginger, soy sauce, sake and green onions, a recipe made popular in this very part of Japan.

(My mouth is watering. How are you doing?)

Most of the above fish are rated five stars – extremely delicious – on the authoritative Japanese website. But that’s a nationwide comparison. Imagine how these fish will taste in Beppu, or anywhere in Oita prefecture, freshly harvested from the Bungo waterway. [Note: the above named website also rates the level of knowledge involved in fish appreciation; knowing about such delicacies as shiroshita karei or seki saba will put you smack dab at the five-star “Expert” level, if you can believe it. This website is also a great source of recipes for any fish you can think of, and hundreds you can’t.]

When is the best of the best?

Needless to say, every fish – everything – has its season, so you are not going to eat all of this over a honeymoon weekend in May. Rather, I suggest that you find a place specializing in the local catch, and inquire what is in season (utter the words jiki or shun, both meaning ‘in season’). This will do several things: it will tell your Japanese chef that you are seeking the best, whatever that may be, and that his effort to provide it will not be akin to throwing pearls to swine.

But if you’re on a serious fact-fishing mission…

And you want to compare a favorite from elsewhere with the best of Beppu, here’s what to look for at particular times of year:

However, the truth is that this fishery is so unique that even the normal seasonal variations aren’t the same as the rest of Japan, with some species at the top of their game for many months of the year.

Now for the hard part

OK, where should you go to find delectable, regional seafood in Beppu? Enya Sengoku is a longtime Beppu favorite specializing in the local catch, and it also serves a barbecued Bungo beef ribeye steak that is somewhere between splendid and out of this world. Offering the prime seasonal harvest, from sea to mountainside, is what Sengoku is all about. Call for the day’s selection, or to reserve a place. It’s not large, but it is popular. 0977-24-4150

Otherwise, Beppu is full of wonderful places to eat, so please ask the advice of good-hearted locals. This town is full of hospitable people. And enjoy the hot springs. They're fantastic!

The original Sengoku was destroyed in the 2016 Kumamoto earthquake, so it's operating out of temporary digs. Don't mess around with maps: just call 0977-24-4150, and hand your cell phone to the taxi driver. (What they're talking is the local dialect.) It's a five-minute ride (about ¥780) from Beppu Station. 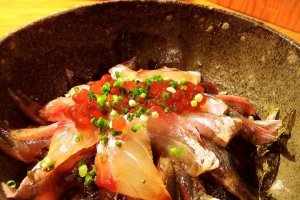 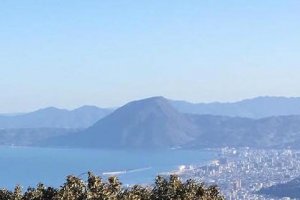 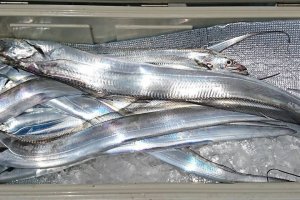 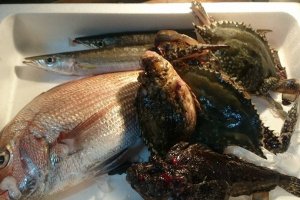 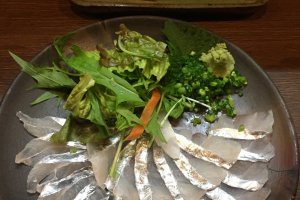 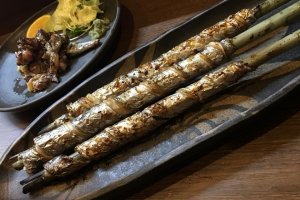 Kim 4 years ago
Talk about fresher than fresh - I'm planning on a hot springs trip to Beppu later this year so knowing the eats there are on point too makes all the more reason a vacation there sounds fabulous!
Reply Show all 1 replies

Scott Brause Author 4 years ago
Good for you! Have a great trip, and thanks for the comment!
Reply
2 comments in total