The best place to get Karaage in the city of Nakatsu

Marukiyo (割烹丸清) is one of the most popular restaurants in the city of Nakatsu. One of the highlights of this restaurant is the traditional style of cooking it has upheld in this modern era.

Even though I couldn't access the kitchen, I was told that the chefs are really experienced and have a cooking background. The chefs try to maintain the ancient methods of cooking, and have knowledge of the dishes that are local to Nakatsu or Oita prefecture.

Nakatsu is famous for its fried chicken- Karaage. It is a form of crispy fried chicken that is very tender from inside and has a hard shell or covering. Resembling the western 'chicken popcorns', these bits of chicken are extremely delicious. Marukiyo also has a good reputation for making Karaage, and they normally serve it with a combination of other small dishes. Karaage is slowly fried till it gets a distinct orange color and an hard shell.

For starters, I got a platter of fried assortments served with a little bowl of sour soup. I was asked to dip the vegetables in the soup for the sour flavor. Even though it was a little oily, it was extremely filling.

For my main course, I got the Karaage combo, which is just Karaage chicken served with rice, soup, sea weed noodles, and other side dishes. The chicken was delicious as expected, and the soup was surprisingly good. It was thin, a little sweet, and a little spicy with a lot of flavor. I had great trouble eating the sea weed noodles, but my friend told me that it is a little rude to leave food in traditional Japanese restaurants, so I decided to be creative and had it by mixing it with some of the left over sticky rice. I had no regrets, and the combo meal left me fully satisfied. I also got to see two other popular dishes that they normally serve in this restaurant. One was 'Kanabee' set or combo that includes a combination of Karaage chicken, rice, soup, and a small piece of congera sea eel. This eel is also one of the specialities of this restaurant. The other was a combination of Tempura, Soba and Inari sushi, which consisted of noodles, fried vegetables and a type of sushi.

When it comes to the price, it is actually really reasonable. 1400 yen for a full meal that I could barely finish. And the important thing was that it was one of the most traditional food anyone could find. Located in a fairly remote city in Oita, and run by traditional values, this place will serve you nothing but authentic Japanese food.

I'm a student at the University of California, Davis and I love traveling and photography. I'm currently interning with JapanTourist as a photojournalist, and immersing myself into Japanese culture. Two random facts about me: I am left handed/ambidextrous and have visited more than 30 countries. Please feel to message me if you have any questions or if you would like to discuss photography with me. Email: sslokhandwalla@ucdavis.edu 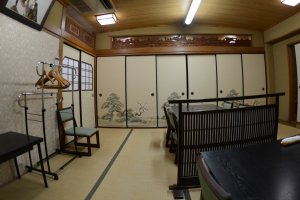 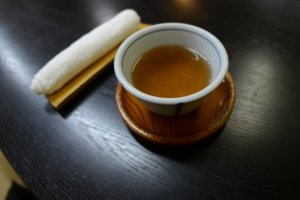 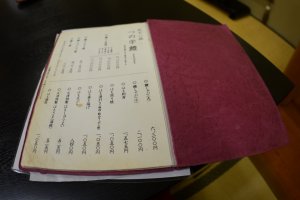 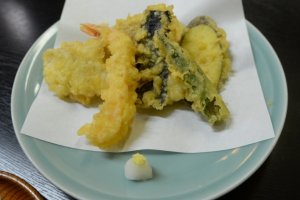 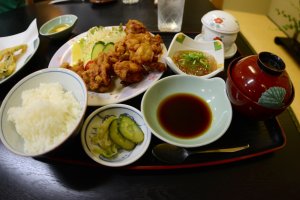 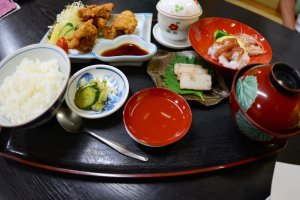