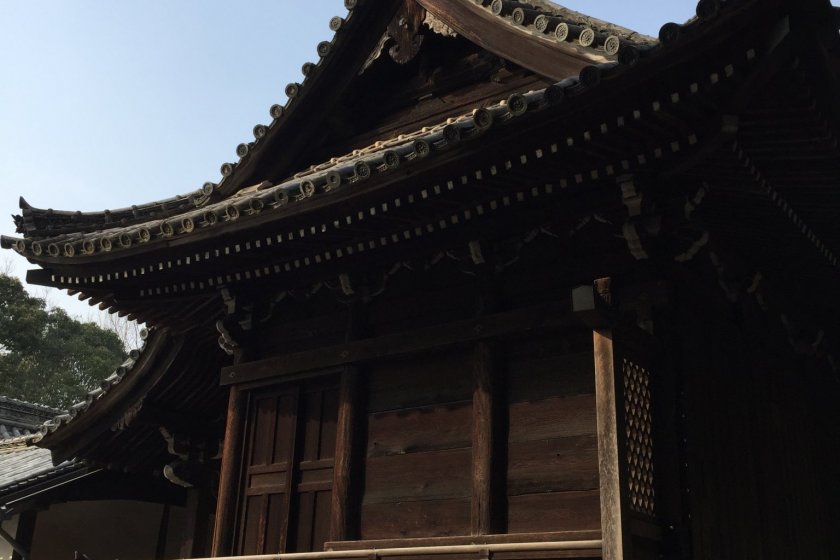 Of sorcerers and stargazers

O-Miya Shrine was erected in the year 666

I recently stumbled upon a little mystery. On an illustrated map of a small town on the coast of Japan’s inland sea, I spotted a reference to the gravestone of the Heian-period astrologer and soothsayer, Abenoseimei (921AD-1005AD). On the same kitschy map, not far away, was the marker of a place where an act of evil was perpetrated by the seer’s arch-rival, the sorcerer Ashiya Doman.

Although Abenoseimei surely lived, serving in the court of Emperor Kazan, and Doman's existence is in doubt, both characters have flourished for centuries in Japanese fiction, making it likely my map was a hoax, a stunt to draw gullible tourists and their yen to a lonely country town. But as much as I tried to convince myself of this, each time I squinted at the map, I grew more curious about what had allegedly occurred at the place called Doman’s Pond. Moreover, let it be noted, the final resting place of Abenoseimei is claimed by multiple locations, and much in debate; just as importantly, no one knows exactly where or how he died.

Somewhat embarrassed, I told my wife I would detour for a look next time I journeyed through that part of the archipelago. She didn’t believe a word I said, and insisted that she would join me.

The Town of Golden Light

You know how the countryside trains are, slewing along the tracks, riders catatonic, some even drooling, the conductor calling out stops like a bored monk reading sutras. We got off at Konko-cho Station in complete darkness, awoke the policeman to help us with directions, and walked ten minutes to our BnB. We saw nary a soul along the way.

The old magician (and our BnB host) met us at the door. After showing us about, he asked with a sly smile if we wished to be entertained with some legerdemain. I mumbled that I wasn’t big on card tricks, but he sat down at the kotatsu anyway, and began shuffling a dog-eared deck of cards. He was quite the showman, fanning the deck like a pro. We picked cards as instructed, and applauded when he guessed correctly, though more than a few times he didn't.

“So you’ve come to see Abenoseimei’s stone,” he observed at last, setting the cards aside, “and that other place”. From within his vest he produced his own map of the environs, his impresario’s smile dissolving into a grimace. “Use this,” he said. “Go here, and here. But know that this spot is wicked.” Then he got up, and bid us goodnight.

The next morning the prestidigitator was nowhere to be seen. We walked out with our knapsacks, and found the path to our first landmark, a place called O-Miya shrine. Like the rest of the town it was deserted, shut tight. We looked at the sign, and saw that it had been erected in the year 666. Since there was no clapping up the gods for traveler’s luck, we moved on.

The paths were narrow, running between thickets of bamboo, broken-down sheds and desiccated cabbage patches. Just at the edge of deeper woods, by a small house, we came upon Abenoseimei’s headstone. It felt like sheer luck.

Though it didn’t look a thousand years old, stone ages pretty well. Only his name was inscribed there, but a rusty sign nearby assured us that it was his grave, allowing that other locations made the same claim.

We continued up the hill, taking a few wrong turns, the narrow paths stopping at a wall, or dead-ending in a thicket. At last I found an overgrown trail though the trees, and called out to my wife. A minute later she appeared at my side, at the edge of a shallow pond.

While I tried to frame a decent photo, she read the sign. When I returned to her a moment later, she was staring down at the inky water.

“They killed him. Here.” That was all she said.

The vengeance of Doman

Before I provide a translation of the sign, please note that every word I’ve told you is absolutely true. With this inscription, my story is done:

Long, long ago a mountain bird that sparkled in golden colors sat upon this rock. When Doman came, he predicted the bird would bring evil upon the village. Fire powder was used to explode the rock, and when it split perfectly in two, pure black blood flowed from within. The golden bird was never again seen, and in that village nothing more ever happened.

From the Shinkansen station at Okayama or Shin-Kurashiki, get on a local train bound for Fukuyama, and get off the train at Konko-cho Station. Coming from the opposite direction (Hiroshima or Fukuyama) head in the direction of Okayama, and get off at Konko-cho. The local train will take longer (30 minutes or so) from Fukuyama or Okayama. Konko-cho is just one stop from Shin-Kurashiki.

At Konko-cho station, ask for directions to O-Miya Shrine, or get a tourist map of Asakuchi (the larger township which includes Konko-cho). It is a ten minute walk to the shrine, and another five minutes to Abenoseimei's gravestone. Doman's Pond is hidden nearby. 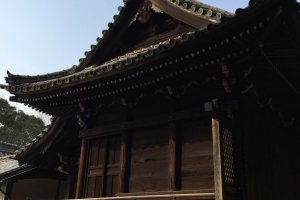 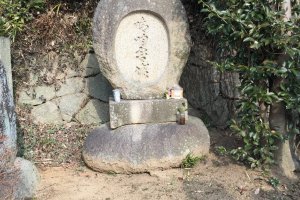 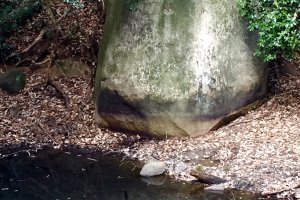 Bonson Lam 4 years ago
Amazing story! Did your wife believe you now?
Reply Show all 1 replies

Scott Brause Author 4 years ago
Thanks, Bonsom. Yes, she is a believer now!
Reply
2 comments in total