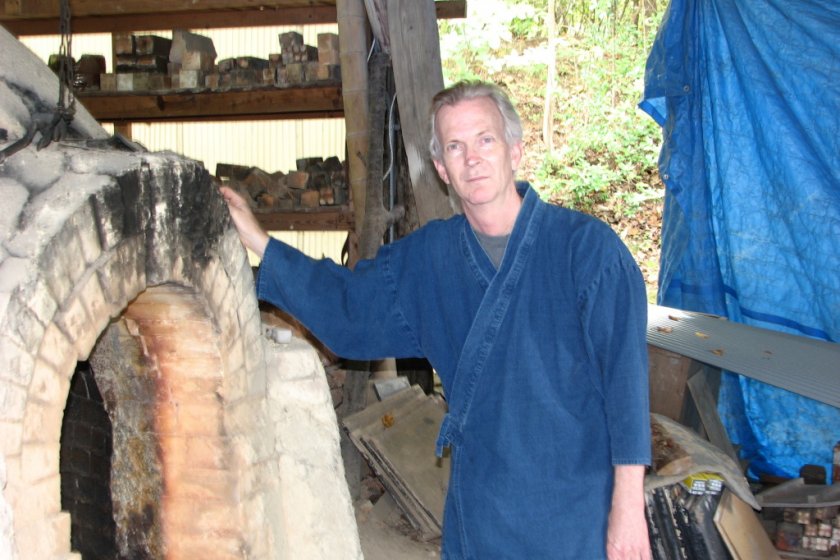 John Wells is an American-born artist who came to Japan to study the art of making bizenyaki pottery , and for nearly three decades he has made a name for himself in this very traditional Japanese art form. When talking with John you feel his passion for the art and his knowledge and historical understanding that HAVE aided him in his journey.I was able to visit John’s house and workspace where he has spent decades creating his work. Having spent a lot of time in Bizen, I was surprised to see where it was located as I followed him back to his workspace As we were driving up the hill to his kiln, I was a little confused because it looked like there was nothing but bush area. Unexpectedly the area at the top opens up and you arrive at this beautiful old Japanese house, to the side of which he stores his clay and one large and one small kiln.John was trained by one of Japan’s masters in bizenyaki and when I asked how it was to work under a master, he said that as an apprentice you “learn through hardship and when the master is not looking you steal his knowledge.” By looking at Johns work and sitting with him for this interview, it is apparent that as a student of bizenyaki he applied himself well.I was able to learn in such a short time the process that goes into making bizenyaki, from choosing the clay, preparing the clay--which you might be surprised to learn can take days, feeling the clay to determine what object should be made , shaping the clay, letting it sit and then finally stacking the pieces in the kiln for the week-long, day and night firing of the objects. Once you learn about all the love, sweat, pain and thought that goes into each piece, you will look at this pottery with a warm sense of appreciation.John is very active in his community of Bizen City. He participates in the Bizen circle of artists that work on educating the community about this art form, learning about and revitalizing old techniques, holding workshops to talk about the relationship of bizenyaki and commerce and sharing local stories of the history of Bizen.I think the best way to get an understanding is to look at his work. He has exhibitions in Bizen City, Kyoto and Tokyo every year. 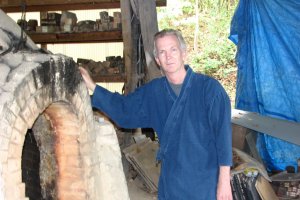 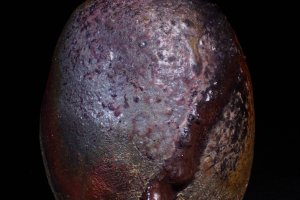 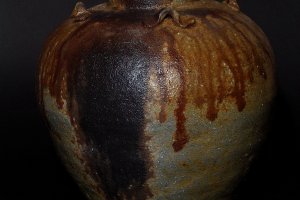