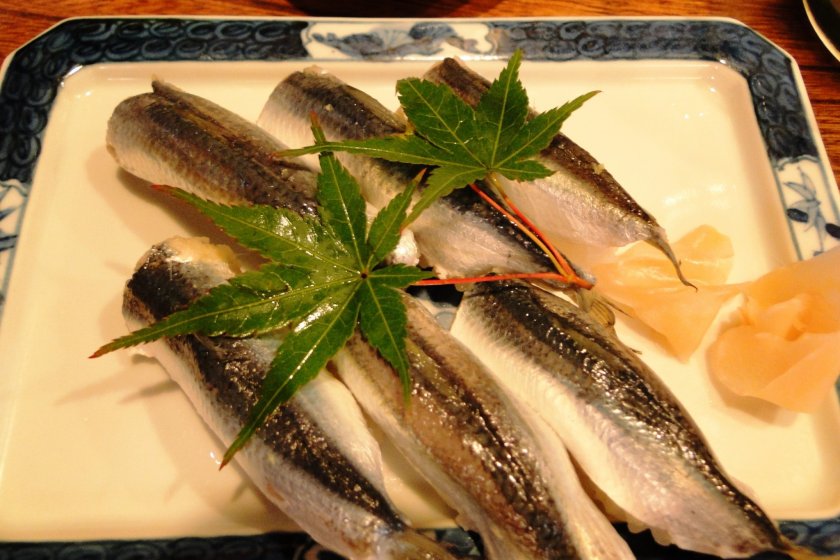 Every town in Japan has its specialty and Kurashiki is no exception. When I first heard the word sardines*, however, I pictured the oily fish of my youth that came packed in tins and was not a welcome addition to my plate at dinnertime. Still, I had made the decision to try some of Kurashiki's noted seafood on my recent trip to the city, which is how I ended up at Mamakari-tei. (*To be fair, the fish is described as "sardine-like".)

There are two branches of Mamakari-tei in town, both equally good I was assured by the tourism office. For better atmosphere, though, head to the restaurant just off the main canal in Kurashiki's picturesque Bikan District, There, in a 200-year-old restored kura (storehouse), seat yourself at either the wooden bar or the long communal tables.

Lunchtime was a quiet affair on the day I was there, with only a chef and a server on staff and a handful of other diners. I took time to peruse the sizable menu - offered in both English and Japanese - before deciding to splurge on the mamakari set lunch. For ¥2675, my meal included the sardine-like fish from the Seto Inland Sea prepared in three different ways - as sashimi; slightly pickled and served with vegetables; and as nigiri sushi, sliced and draped across rice. Thankfully, the overabundance of sardine look-alikes wasn't too fishy for my palate, though I did sense my stomach starting to rebel a bit by the time the final plate was served. Along with the fish, the set meal came with a small vegetable plate, soup and a small dessert.

If you find yourself with a lighter appetite at lunch, Mamakari-tei also offers a wide selection of nigiri sushi (and the occasional sushi roll). If you're keen to try the local specialty but don't want to spring for the set meal, a plate of mamakari nigiri sushi will set you back only ¥840.

Don't forget to ask about the local sake selection. Rice was once one of the staple products traded between Kurashiki and the shogun's capital of Edo (present-day Tokyo) and the city still boasts a number of sake breweries. 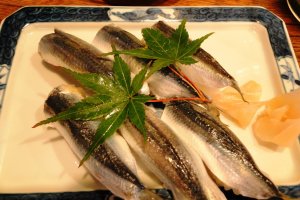 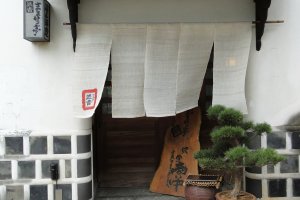 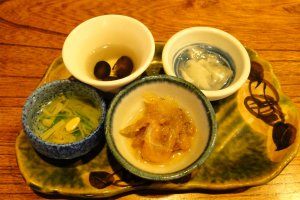 Kim 3 months ago
I would have thought the same as soon as I heard the word sardines, too!
Reply Show all 0 replies
1 comment in total