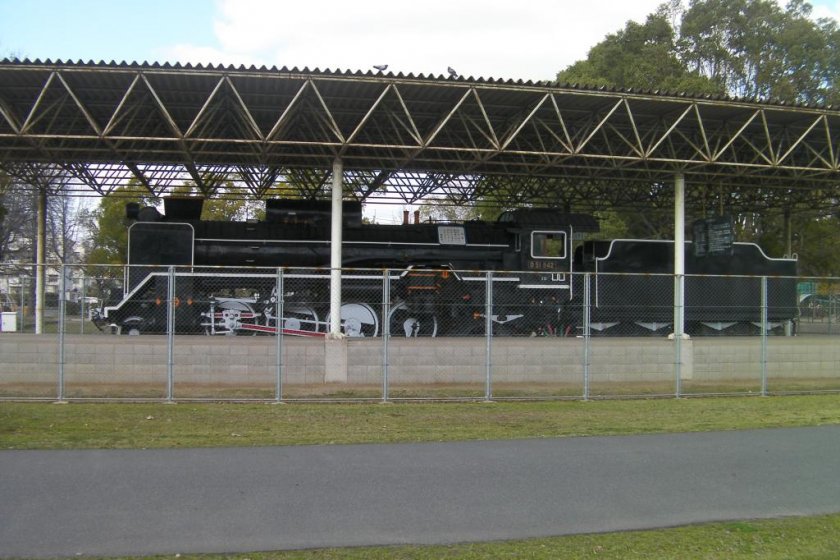 A slice of tranquility

After arriving in this industrial section of Kurashiki on the Rinkaitetsudo train line you can exit from Tokiwa Station and walk west. As you approach the shopping street, you will immediately feel a sense of nostalgia brought on by the art deco buildings and small specialty stores.

If you have time on your hands, continue to the edge of the commercial district and cross the road that leads to Mizushima Port. You will be able to make out some trees and a clearing in the distance.

The library side is a great place to enter the park because there are three eye catching attractions nearby. The first is a quaint playground that is a popular spot for families with small children. It is a safe and well-maintained place for kids to let off some steam.

The second place of interest is the covered dohyo or sumo wrestling ring. These outdoor rings are fairly common around Japan and are often used for matches showcasing children. I was tempted to enter the ring and do my yokozuna (grand champion) impersonation but I decided to simply take a photo instead.

The third stand out feature of the park is the D5182 steam locomotive. This impressive coal black engine ran for about thirty years until 1975 and in enshrined beside its permanent platform, seemingly ready to embark on a new journey.

If you feel like tossing a Frisbee or kicking a football around there is an open area by the circular fountain near the edge of the park. When I was there I saw people playing wiffle ball.

At the far southern corner of the park there is a full-sized baseball field. On my visit, there happened to be a man in a baseball uniform practicing his swing.

Mizushima Central Park has a lot to offer and is a fantastic place include on your tour of this great town. 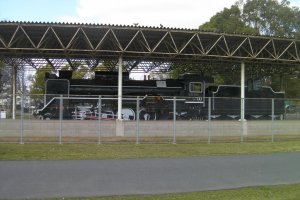 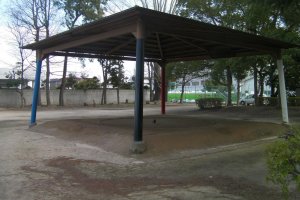 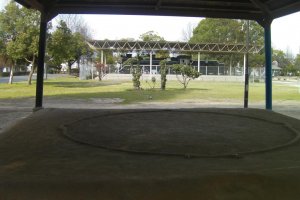