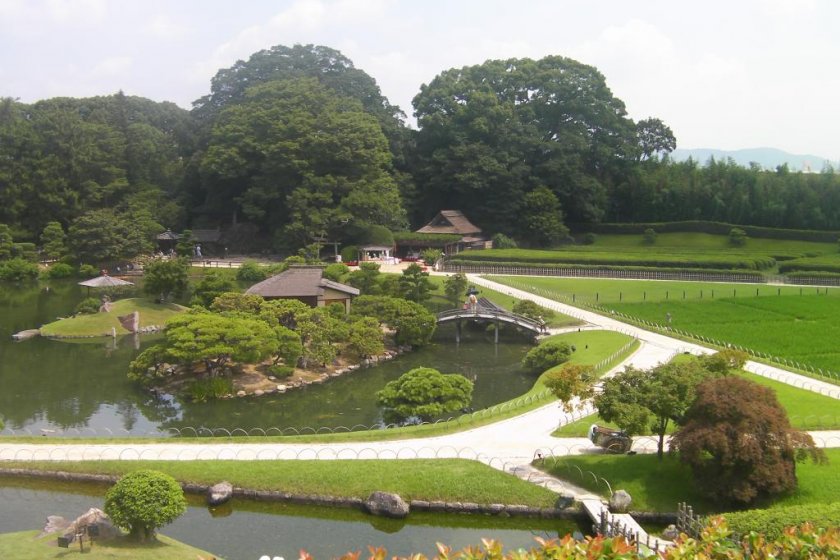 One of Japan's three garden treasures

Looking down from a hilltop

Korakuen Garden in Okayama City is one of Japan’s three garden treasures (the other two are Kairakuen in Mito and Kenrokuen in Kanazawa). Construction of the garden was begun on the orders of Lord Tsunamasa Ikeda, the second Lord Ikeda in the Ikeda line, in 1687. Completed in 1700, Korakuen became the sanctuary of Lord Ikeda, where he could relax and enjoy a meal while taking in the view.

There are several traditional thatched-roof structures around the garden. Lord Ikeda, who resided in Okayama Castle, would come over to the garden and have breakfast. He would also entertain important visitors in his favorite locations on the site. In keeping with the public mindedness that his predecessor once showed, Lord Ikeda occasionally gave common people access to the garden.

In 1884, the garden became public property as its ownership was transferred to Okayama Prefecture. History impacted Korakuen again as WWII bombing not only destroyed Okayama Castle but also much of the garden. After meticulous restoration using the original plans, Lord Ikeda’s vision has survived.

Being in Okayama City’s cultural zone, Korakuen is easy to access. It is a twenty minute walk from Okayama Station. I recommend walking because if you take the route that follows Korakuen Street, you’ll go over a wood accented bridge that leads you to the entrance of the garden. As you go over the bridge that crosses the Asahi River, you’ll see Okayama Castle on your right in the distance. Once you reach the entrance on the road, you have to follow the path that takes you to the inner entrance to the garden which is opposite the Prefectural Museum.

The entrance fee for adults is 400 yen and 140 yen for seniors and children. Admission for adults in groups of thirty or more is 320 yen. There are also combined ticket packages available with Okayama Castle and Hayashibara Museum of Art depending on whether there are special exhibits or not. There are tea houses large and small for rent inside the garden. The smaller house is available for three hours at 300 yen an hour while the larger house is goes for 600 yen an hour. The most popular rental days are Saturday and Sunday so book in advance. The garden also holds wedding ceremonies in the traditional Japanese style for those who seek an auspicious venue that has endured for 300 years.

Find out more about Korakuen Garden. 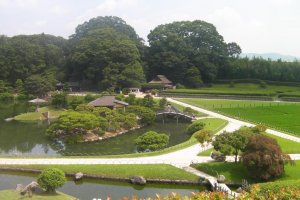 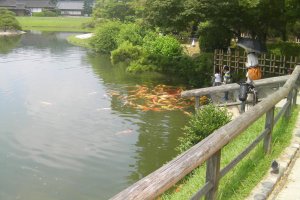 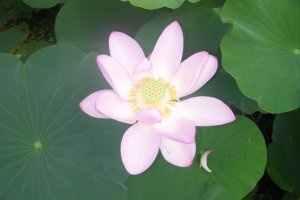 Elena Lisina a year ago
Wonderful garden! I always feel so in peace in Japanese gardens.
Reply Show all 0 replies

Kim 2 years ago
I've heard lots of great things about this garden - I hope to be able to visit one day!
Reply Show all 0 replies