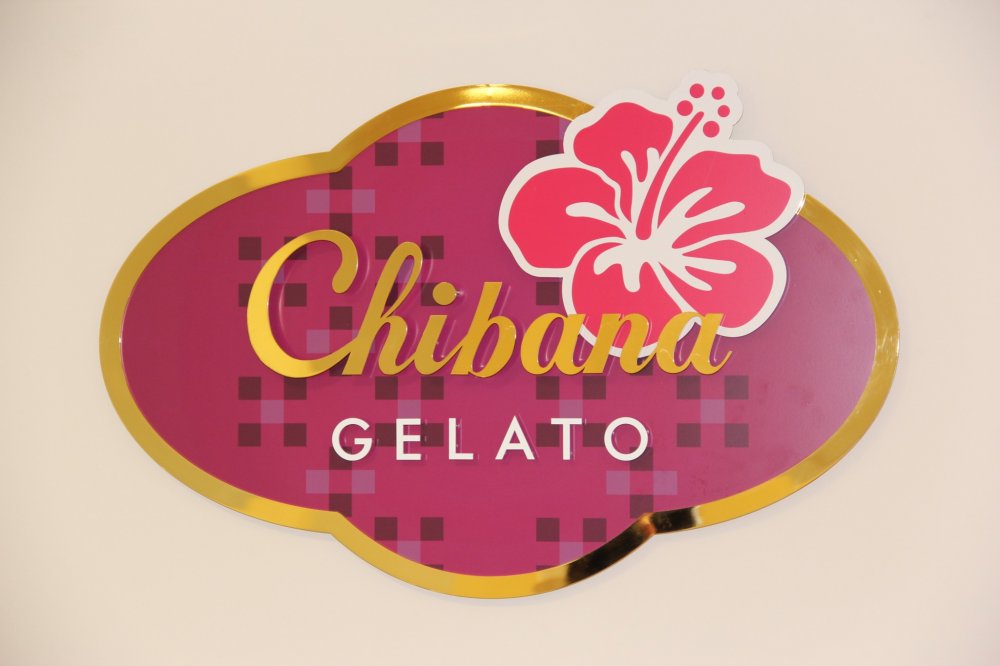 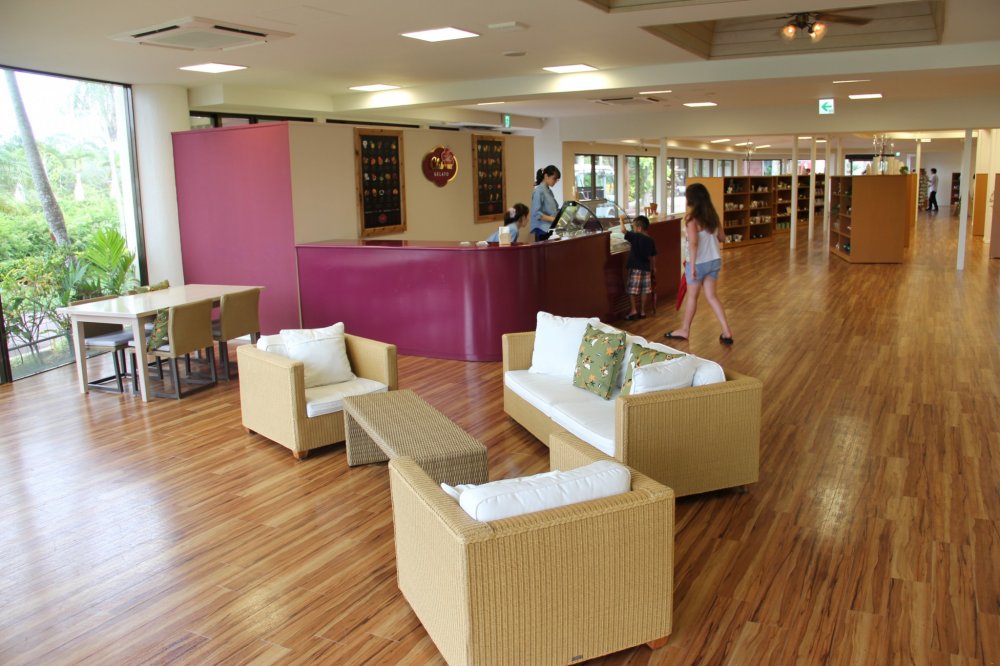 Chibana Gelato is located inside the Partnership Shop and Cafe at Southeast Botanical Gardens in Okinawa City; everything in the facility is clean, modern and well maintained 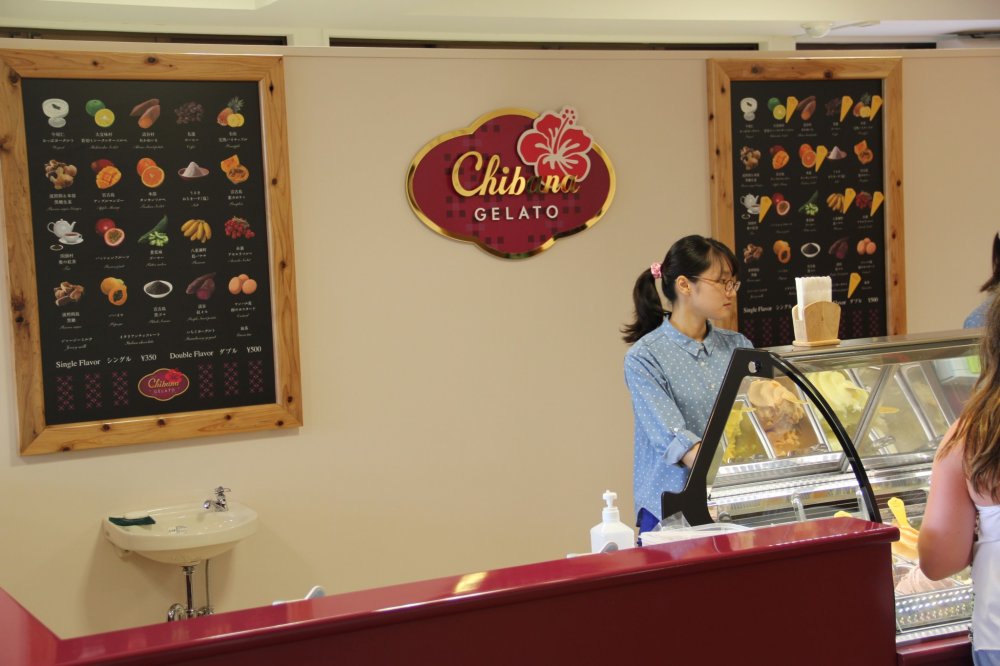 The colorful pictures on the faux chalkboard signs at Chibana Gelato show all of the flavors it offers, although only 10 are available at any given time 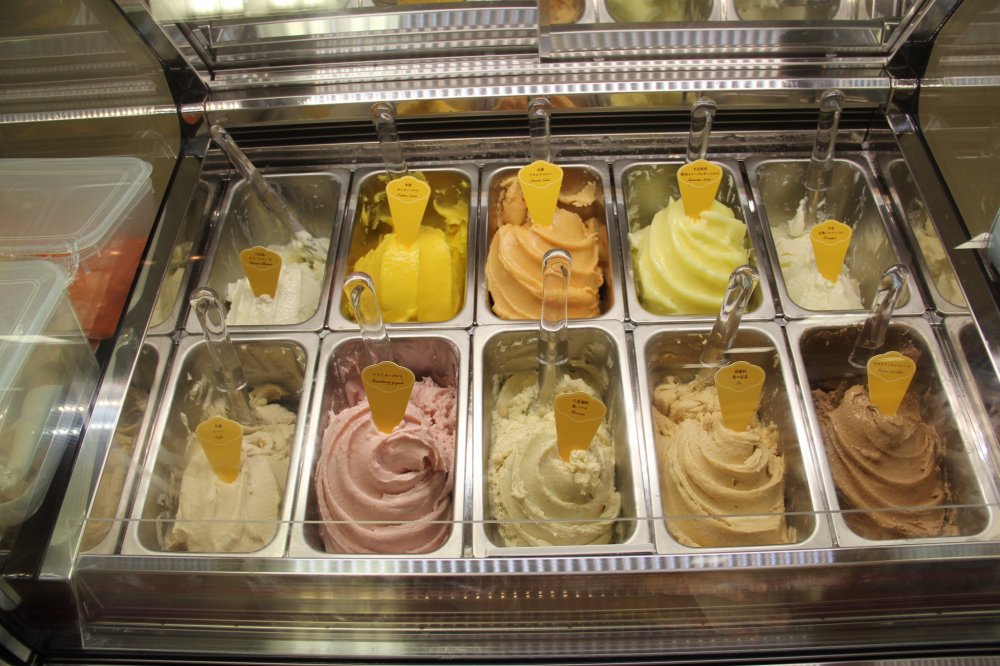 This is gelato, baby! It's frozen and whipped, and each flavor has its own scoop so that you won't have to taste chocolate on your banana gelato waffle cone 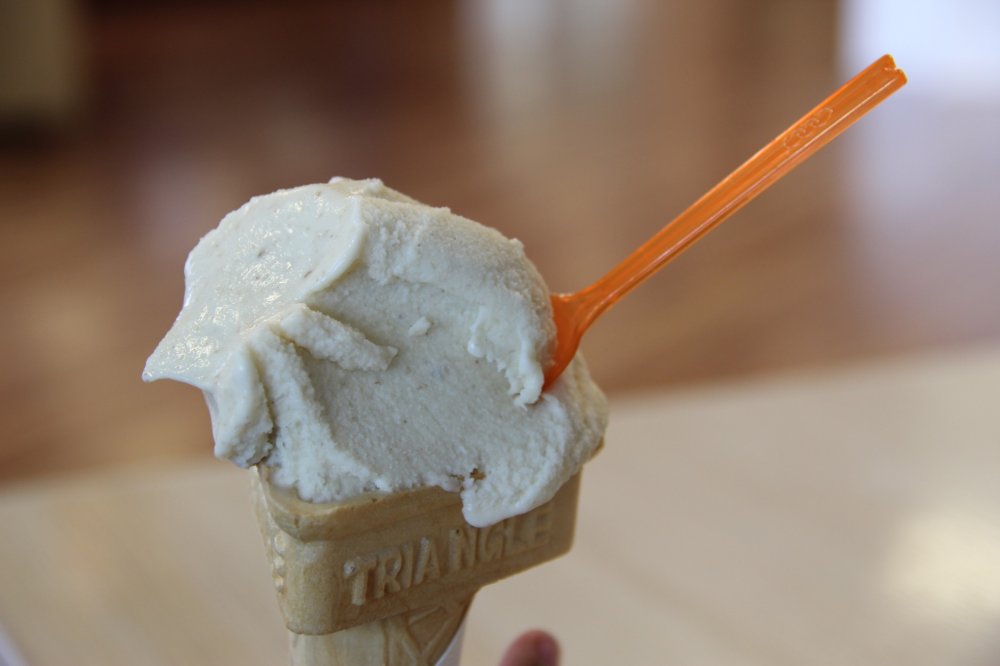 A single at Chibana Gelato is only served in this triangle shaped cone, unless you want it in a cup; this is banana gelato 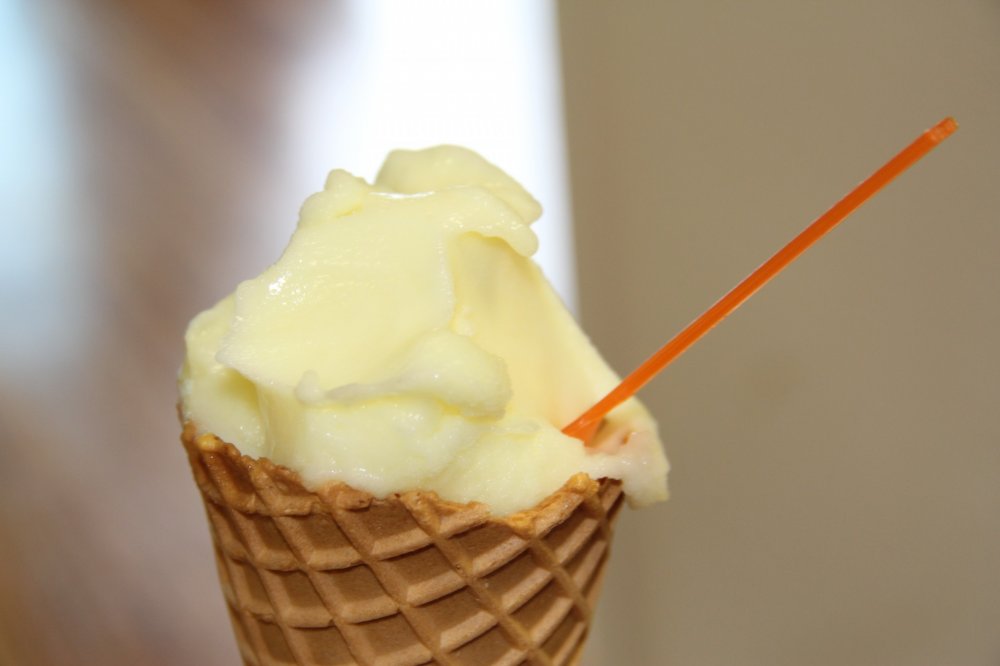 This is a double waffle cone of shikuwasa sorbet 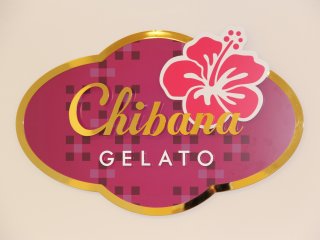 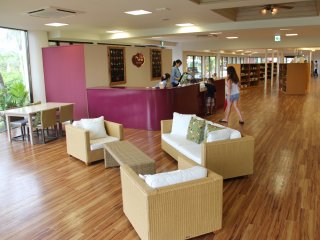 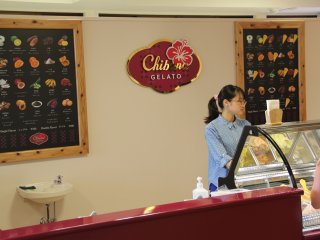 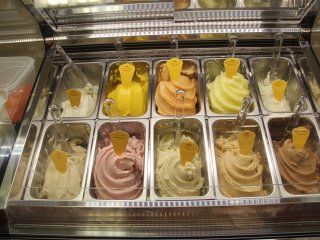 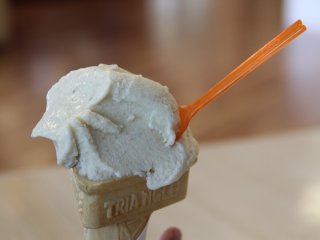 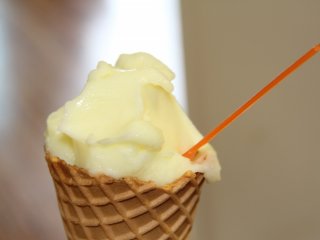 There are several ways to stay cool while walking the grounds at Southeast Botanical Gardens in Okinawa City. Chances are you'll utilize each one of them, like drinking water or feeling the breeze while riding the tram around the gardens. My favorite way to cool down is by enjoying delicious frozen treats at the Chibana Gelato stand inside of the Partnership Shop and Cafe. After a long afternoon of wandering through the water gardens, my son, my neighbor's daughter, and I were a bit overcome by the heat and decided to end our visit by visiting Chibana Gelato. The name is derived from the local northern Okinawa City community of Chibana and adds "gelato" to it, although sorbets and frozen yogurt are also offered. Sorbet is dairy free, not frozen as coldly as ice cream, and has a whipped look to it; gelato is similar to ice cream but has a denser texture due to less air being whipped into it. My party tried the banana gelato and the shikuwasa sorbet which has a lime and pineapple taste. The frozen treats are 300 yen for a single or 500 yen for a double. Either size can be served in a cup, but the single in a cone is only served in a traditional ice cream shop cone that is triangular; the double in a cone is only served in a large waffle cone. Chibana Gelato is open during park hours from 09:00 ~ 22:00 daily.