Tiny Kitanakagusuku Village is one of the smallest municipalities in all of Okinawa with less than 12 square kilometers of land and less than 17,000 residents. The village nevertheless boasts two major historical tourist attractions that fetch bus loads of visitors to its hillsides each day.

Nakagusuku Castle Ruins is a partially restored 15th Century Ryukyuan Kingdom Castle once inhabited by the local lord, Gosamaru. The walls remain as do some of the foundations within the complex. Sweeping views of central Okinawa toward the Pacific Ocean eastward, Uruma City and Okinawa City northward, and the heavily populated areas southward are breathtaking. Nakagusuku Castle Ruins is a UNESCO World Heritage Site.

The Nakamura House is a preserved family residence which is historically tied to nearby Nakagusuku Castle. The home is an example of how a wealthy farmer's position and influence in the 18th Century allowed his family to live. It is Major Cultural Asset as designated by the national government of Japan

One notable restaurant in Kitanakagusuku is Sam's Cafe near the intersection of Routes 81 and 330. The restaurant is a part of the Sam's chain of restaurants which were established on Okinawa in 1970.

Kitanakagusuku Village is sandwiched between its much larger neighbors of Okinawa City, Chatan Town, Nakagusuku Village, and Ginowan City. A considerable amount of the village's land is leased to the Ministry of Defense for use as a United States Military Base (Marine Corps Base Camp Foster). The paths of Route 329 and the Okinawa Expressway run through the village. 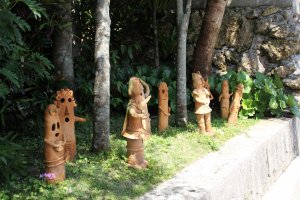 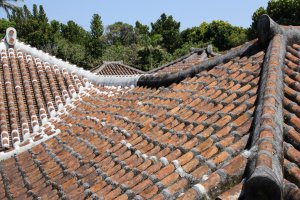 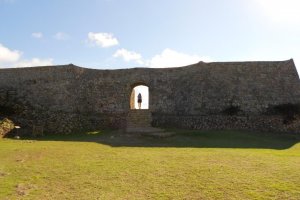