Home cooking away from home

Starving after a long flight into Naha Airport, I asked the Information Counter receptionist at the arrivals floor for the best place to go for Okinawan cuisine. When she wrote in Japanese script “Naha Airport Restaurant”, I was slightly bemused, as if I typed these words in a translation machine. Really? There is a restaurant by that name? After I walked what felt like the entire length of the domestic airport, I found it, tucked at the southern end of the arrival hall, so out of the way that you can't even get the airport Wi-Fi. I gathered that an accountant probably picked the name and location to save costs. Thankfully the servings were sufficiently generous and tasty, so the formula has obviously worked.

Like a staff or school canteen, there is an unwritten code to working out how to order here, but everyone knows what to do, with mainly locals and airport staff like pilots and security staff tucking into the best homemade cooking this side of Naha.

Tourists are welcome here and if you look a little lost, the waiters and waitresses are more than happy to help. While there is no Wi-Fi and strictly no smoking at lunchtime there is a flight departure screen. Honshu visitors are rewarded with all their baseball flags adorning the open kitchen, like the Fighters, Dragons, Hanshin Tigers, Yokohama Bay Stars, Tokyo Giants and the Swallows. Actually there is non-stop coverage of the baseball so it is great to learn about Japan's most popular sport here. If you are not into baseball, there is also a counter with a library of manga and books and magazines to read while Japanese newspapers are on a rack.

I had the Goya Champaru lunch set which was a bargain at ¥‎650. The spam sliced pork is amazingly tasty, and had me licking my lips afterwards with its caramelised bacon like flavor, something I haven't had it since my childhood. It had an ideal counterpoint with the crunch of the lightly stir fried bean sprouts and carrots, while the Goya bitter melon was not too bitter, partly because it was so thinly sliced, combined with the creaminess of the scrambled egg as well as slices of super soft and tasty tofu. The soup and rice was a bit flat but was still packed with homemade goodness.

The middle aged cooks may not smile much, and the large wrap around windows behind me have a panoramic view of the car park but this is a no nonsense place with great food. There were already diners having lunch at 11:00 am, and by 11:30 am there was a queue ten deep, partly because there is only one vending machine (cash only with change from notes) staggering the orders while freeing up the wait staff to deliver one of the 30 meals on the menu, like Tonkatsu pork cutlets or curry rice as well as Okinawan favourites. The machine is in Japanese however the plastic food display while get you out of a pickle. The meals and the crowds here move quickly so there is always a seat, and they also have take-out bento boxes. In over an hour I saw every table turn over at least twice. Omelette rice was popular today along with Okinawa pork noodles which were the perennial favourite. There are also two blackboard specials in Japanese only but even if you did a dartboard pick and randomly picked a meal you would be satisfied as everything is middle of the road in taste with nothing offensive. For the sweet tooth there is Blue Seal ice cream, which is a great way to finish an Okinawan meal.

The restaurant is on the ground floor (street level), on the far southern end of the arrival hall in Naha Domestic Airport. 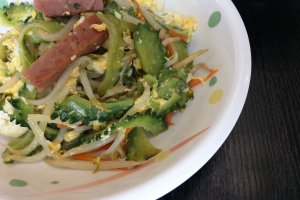 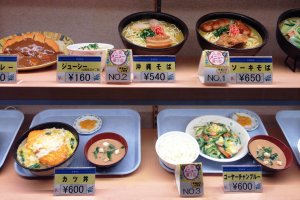 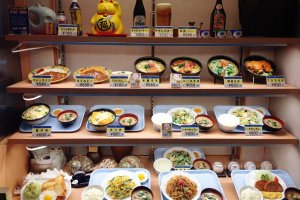 Bonson Lam Author 2 years ago
Seriously one of the best, no nonsense eateries in Naha. No wonder the locals keep coming back. It is a good place to get a glimpse of every day Japan, and to see why baseball is so popular here.
Reply
2 comments in total