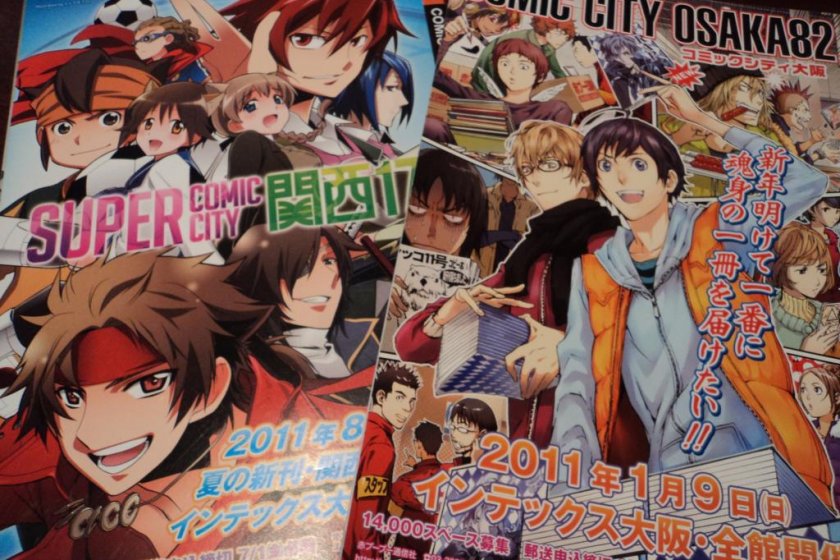 Catalog (Ticket to the convention)

Comic City Osaka is a dōjinshi convention held twice a year (In Fall and in Spring) in Osaka at the Intex Osaka Building.

Dōjinshi are amateur manga. While professional manga are extremely popular both in Japan and abroad, dōjinshi remains somehow an underground culture. An underground culture maybe, but one that has an outstanding number of fans, mostly young females. Dōjinshi first started a couple of decades ago, and gained more popularity when the photocopy machine arrived in Japan. Amateurs could easily make multiple photocopies of their work and give/sell them to friends. Since the 1980s, conventions have enabled amateur artists to sell their work to bigger audiences. Depending on the season, a convention's size may vary, but they always attract thousands of fans. At the biggest conventions, such Comiket in Tokyo, literally thousands of fans attend and spend fortunes on dōjinshi.

Most people do not know a lot about dōjinshi. And this is even truer if you are not living in Japan. This is because most dōjinshi feature characters of famous professional manga series, especially those of the Shōnen Jump magazine. This brings copyright issues, which explains why dōjinshi are not always sold in regular manga shops. Don’t get me wrong, it is not impossible to find and buy dōjinshi outside conventions. You just need to find shops that specialize in used manga, anime, collectibles, and dōjinshi.

Dōjinshi are usually extremely short. Most books only have a couple of pages. However, a high number of them are printed professionally and the drawings are as good as any professional manga.

If you are interested in attending such an event, there are several things you need to know. First, it gets extremely crowded. Once you have bought your ticket, you will have to wait in line until the doors open. It is possible to buy your ticket in advance in some stores and online. The ticket you buy is in fact a catalog with maps, and the name and location of all artists attending. This might seem crazy, but the convention takes place in different halls each as big as a gymnasium. Inside each hall, there are hundreds of small tables, one for each participant. The map is extremely precious to fans, who will usually make a plan to buy as many dōjinshi in the shortest time possible (since the most famous dōjinshi can sell in minutes).

Second, you cannot take pictures inside the convention. Once again, this may sound weird, but some people attending do not want their parents or friends knowing they are reading dōjinshi. Remember that most dōjinshi are based on homosexual male characters having sex.

Third, all prices are clearly written on each dōjinshi. Most of the time, you can check inside the books and if you want to buy it, just give the money to the artist at the table. Some fans take the time to talk to the artist, but you don’t have to. Prices are usually between 300 yen to 600 yen. It might be interesting to know that most artists do not make any profit from selling their work. In fact, most of them lose money in the entire process.

Finally, inside the halls, there are some shops selling pencils, sheets and other materials to draw manga. There are also printing companies that offer their services for artists and shipping delivery services for people who cannot carry home the books they bought. Most participants are selling dōjinshi, but you might find some people selling other artwork, or small things they make with famous characters on them.

In the end, attending a dōjinshi convention is an interesting experience for any manga fan. It is a good way to spend a good portion of the day, and meet some passionate people. Dōjinshi were first and foremost created so that fans and amateur artists could meet and share their passion. This is why artists usually do not make any profit from selling their dōjinshi. You should attend such an event with an open mind and should not judge people from what they are reading. If some fans are cosplaying, ask them before taking pictures.

If you want to attend, make sure to check the website to know the date of the convention. The convention usually starts in the morning and ends at 15:00. To get to the Intex Building, you should check the Intex-Osaka website. I took the train from Shin Osaka Station all the way to Cosmo Square, and from there it was about 10 minutes on foot to o the convention. Since many people are attending, just follow other passengers that get off at this station carrying suitcases. 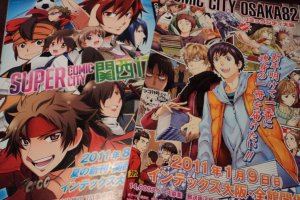 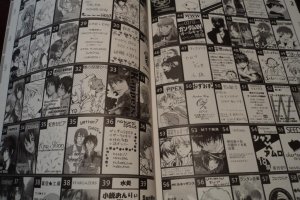 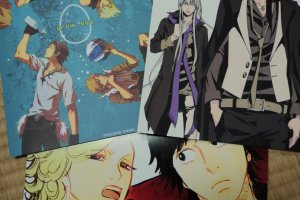