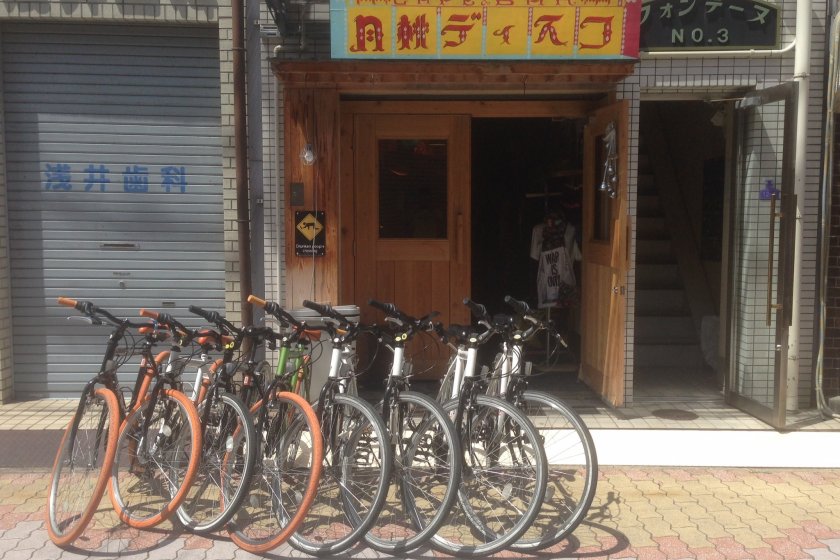 The first and only English bike tour in Osaka!

The simply genius (or perhaps ingeniously simple) idea of Cycle Osaka sprouted from giddy chats over beers between friends. Failure to find a bike tour in Osaka online lead, ex English teacher, Sam Crofts to think: “Why not?” So at home that night, credit card in hand, Sam ordered 5 bikes and Cycle Osaka was born. Nearly a year on, Cycle Osaka is the first and only, yes only, English language bicycle tour in Osaka (Japanese speakers are also very welcome!). They specialize in touring small groups-and all it took was a hops-inspired push.

Fellow Brit, Sam, spent weeks cycling round in circles to find hidden Osaka treats, a world far from the tourist guides. This unique route aims to share the secrets of Osaka, unknown to even those who live there. I, myself a Hyogo resident, live a literal stone throw away from Osaka-fu (Osaka Prefecture) and would class myself as owning dual citizenship. So on embarking on the Cycle Osaka tour I was ready to challenge Sam Sempai on his Osaka knowledge and dare him to show me parts of my favorite city I had never laid eyes on.

I was not disappointed.

At 2pm on a sunny Saturday afternoon, our group of seven met at JR Fukushima, just one stop from JR Osaka. Sam walked us down the streets of his neighborhood and led us into a very funky reggae bar/ Cycle Osaka HQ. We ogled at the rainbow-splattered walls whilst signing the safety waivers (maybe not so sensible) and were briefed on the route around Fukushima, Nakanoshima, and along the Kyu-Yodo river. The geared bikes were ready and set to our heights, there wasn't a mamachari in sight. Our half day tour began with the river breeze, cycling down past families picnicking and masses of elementary school baseball teams. Then we took one turn and entered a totally different scene. Beneath the tracks of Hankyu Nakatsu station serves as a space for art students to showcase their talents between motor garages and vintage shops. A real mishmash of trades. Unfortunately it was a weekend and therefore too mainstream for art-folk to hang out, “catch them on a weekday evening” was Sam’s advice.

I feel I need to stop here.

If I unveil everything about the route down to the kilometer, I fear it’ll be the first and last anniversary for Cycle Osaka… But then again I never could keep a secret. I’ll continue...

The day went on with regular (but brief) doses of quirky Osaka history from our self-confessed geek of a guide. We also witnessed a lot of cool stuff! Tatoeba...

Sightings of the day: a more-English-than-England-itself teahouse on the river, a wedding ceremony at the Japan Mint (seen through the eyes of a gate crasher), an overload of roses brightening the already bright day, US army runway-turned park and a golden woman balancing on a giant pear.

There was perhaps only one place out of the numerous spots we cycled around that I had visited. Sam really swotted up to present to us our beloved home in a truly different light.

I would recommend Cycle Osaka to anyone looking for that different sort of adventure in the big city, you don’t have to take my biased word for it, Cycle Osaka has been rated 5 stars on Trip Advisor and ranked the top thing to do in Osaka.

You can be guided by the easy-going Sam, day or night and pick up plenty of restaurant, park and cafe recommendations on the way. Take a spin and fill in the gaps yourself!

I came from England to Japan to indulge myself in all things Nippon. Living here has further fed my addiction to travel and food (luckily funded by English teaching). Through my continuous quest to unveil Japan's best-kept secrets, I've undoubtedly fallen head over heels for this beautiful, treasure-trove of a country. 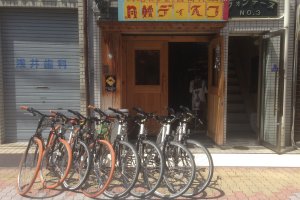 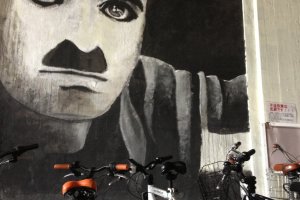 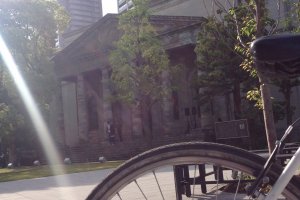 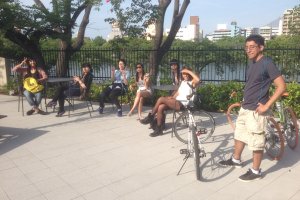 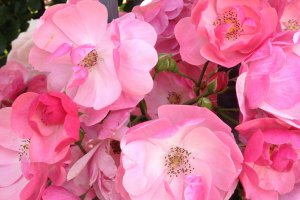 Kim B a year ago
Getting around on two wheels definitely is one of the best ways to see a city - you notice so much more, I find!
Reply Show all 0 replies

Charlotte Griffiths 5 years ago
Looks like a really fun way to see the city!
Reply Show all 0 replies
2 comments in total