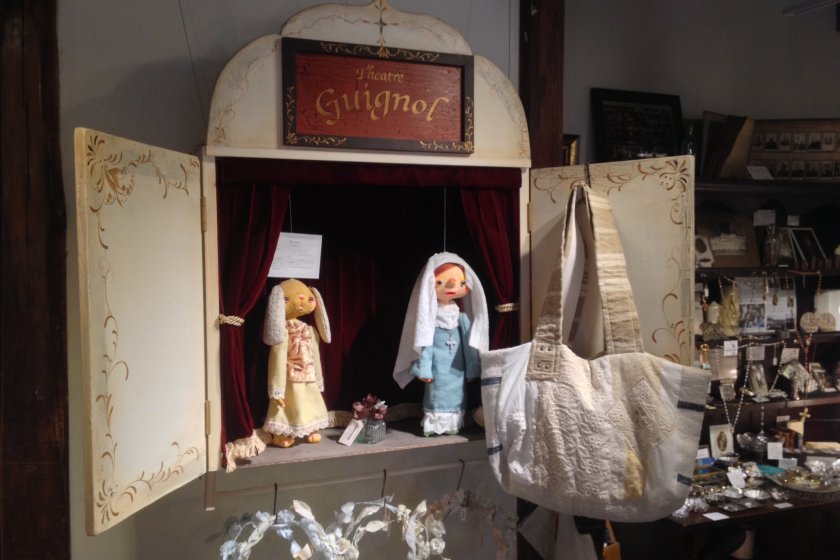 Old townhouse from the Taisho period full of French artefacts

The Théâtre du Grand-Guignol was a well known horror theater during the first half of the 20th century. Although it was the smallest theater in Paris it had a big impact on the French language and even now “Guignol” is used as a synonym for horror. Since 2011 it is also the name of a small variety store, a so-called zakkaya, in Osaka city.

Guignol is well hidden from the eyes of the busy crowds, and lies in a small back street between some run down stores and an old temple. The building is from the Taisho period in the early twentith century. It retains its original walls and you can see its wooden frame inside. Only the tatami-floor was torn out and replaced by a concrete floor. In the back a wooden stair leads to the first floor gallery called nearly Equal Gallery.

The shop sells mainly artefacts from France. You can find the finest china, dishes and candles resembling the shape of the Eiffel Tower, many of them collected by the shopkeeper Taizo during his journeys to France. He also has a sizable collection of artefacts from Lourdes such as crosses and amulets with the Virgin Mary on it. The baroque cembalo music here gives a sacred atmosphere, a contrast to the terror associated with the word Guignol.

The shop is a sister store of Jam Pot run by Taizo`s wife Emi which focuses more on kawaii or cute works of art. If you like Jam Pot, you should consider their affiliated gallery called One Plus 1. This gallery also displays seasonal exhibitions from various artists.

Guignol is open from 12pm to 8pm except Tuesdays. From the Tanimachi line’s Nakazaki-cho station it is only a minute’s walk to the shop. From Exit 1 head northeast and soon you will find it. I recommend this shop to everyone who is interested in old Japanese houses or is looking for some artefacts from France. Drop by and give it a try!

Born in a small town in Austria, I found my way to Japan through University. In 2010 I came to Osaka as an exchange student and decided to stay there after I graduated from University in my home country. I`m very interested in urban culture, and socially disadvantaged areas, like Kamagasaki, the day laborer district of Osaka. I hope to be able to show you a side of Japan that cannot be found in normal guidebooks, and lead your path to places that have not been discovered by mass tourism yet. 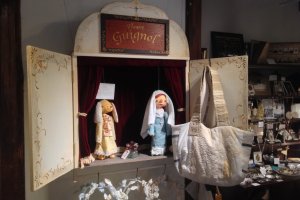 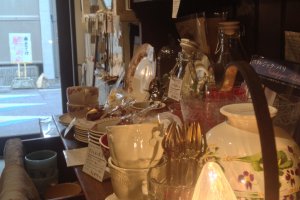 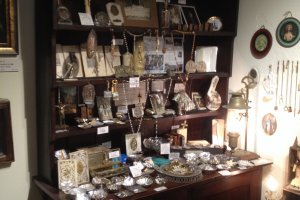