The hugely successful anime and manga series, Demon Slayer: Kimetsu no Yaiba, will be adapted into a traditional Noh-Kyogen play and is scheduled to show from July 26th to the 31st at the Kanze Noh Theater in Tokyo; and from Dec 9th to 11th at the Ohtsuki Noh Theater in Osaka.

The performance will last a little over two hours and will portray part of the original story, which centers on the protagonist, Tanjiro Kamado, and his journey to avenge his family’s misfortune by battling demons.

This series, by manga artist Koyoharu Gotoge, has sold millions of copies in Japan and abroad and earned record-setting box office sales in Japan with its movie adaptation.

The main character, Tanjiro, and his younger sister, Nezuko, will be played by actor Ohtsuki Yuichi, who is the protege of Ohtsuki Bunzo, a government-designated person of cultural merit. Bunzo himself will play the role of Rui, one of the demons, and Nomura Mansai, another esteemed stage actor, will play the main antagonist, a demon named Kibutsuji Muzan.

Mansai, who will also act as the stage director, noted that Demon Slayer is well suited for the traditional stage as its premise focuses on demons, a common theme in Noh plays.

Noh plays are traditional forms of Japanese theater and are among the most ancient theatrical forms in the world. These plays tell their stories through purposeful and dramatic movements, music, and poetic dialogue. The actors wear iconic Noh masks and elegant costumes while using props to enhance their storytelling. Kyogen is a comedic form of classical theater and focuses on dialogue to make the audience laugh. Typically, both Noh and Kyogen are performed alternatively during a single performance.

The translation of this modernly written tale into a screenplay for one of the world’s oldest forms of entertainment will surely make for a one-of-a-kind viewing experience. 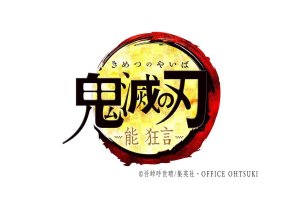 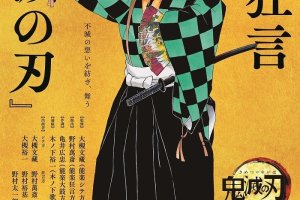 Elizabeth S 3 months ago
"My kids", junior high school students, got hooked on Kimetsu no Yaiba and turned me onto it, too.

I'll share this with them to spark their interest in Noh.
Reply Show all 0 replies

Sleiman Azizi 3 months ago
I've noticed the Kanze school has a penchant for engaging with modernity, enlivening their tradition without in no way undermining it 👍
Reply Show all 0 replies

Kim 3 months ago
I think its cool that events like this bring tradition and modernity together!
Reply Show all 0 replies
3 comments in total