Diverge a little from mainstream shopping in Osaka

Osaka is a well-known shopping paradise, with places like Shinsaibashi and Dotonbori constantly filled with shoppers well into the evening until closing time. In addition to these relatively more familiar brand stores, however, Osaka has quite an extensive collection of second-hand vintage and designer clothing stores, as well as Bohemian-inspired shops. One area in which these stores can be found is Amerika-mura, locally referred to as Amemura, meaning American Village.

There is no obvious ‘Welcome to Amerika-mura’ sign to indicate your arrival into the area, but there are subtle telltale signs, such as the occasional audible rap music, rock band T-shirts for sale, and of course the magnificent golden arches of McDonald’s.

The vintage clothing stores generally have large stocks of T-shirts from various American State colleges or fan shirts for famous rock bands, including AC/DC, Nirvana, The Black Keys, and many others. Some shops also sell a wide range of vintage denim jeans, jackets, and other goods from quality brands such as Levi’s and Calvin Klein.

Amerika-mura’s second-hand designer clothing stores left quite the impression. I only managed to visit three different shops in one building complex, with Ronron Nement on the second floor, Kaka Vaka on the third, and Vaz Tejenf on the top floor. The designer clothing were definitely more abstract, artsy, and unique than the vintage clothing but, of course as with any designer label, is also more expensive.

Ronron Nement and Vaz Tejenf sold clothing that were relatively simplistic and neutral in color. A popular fashion trend in Japan at the moment seems to be baggy, oversized items of clothing. So if you are looking to hop on that bandwagon, these two designer stores appear to be suitable places to begin coordinating your new wardrobe. Kaka Vaka had the most colorful and artistically bold selection of clothing out of the three stores in the building. Walls were decorated with Keith Haring dogs and other abstract designs, and clothing racks were adorned with bright yellows, pinks, and oranges.

The Bohemian-style stores were even more vibrant. They had tie-dyed, almost psychedelic shirts, pants, and bags, as well as an extensive assortment of different hand-crafted items ranging from bracelets to bags. It was definitely a feast for the eyes looking at all the brilliant colors.

No matter what style of clothing you like, Amerika-mura probably has a little something suited to your tastes or for you to give your current wardrobe an exciting makeover. Take a break from the crowded scene of Shinsaibashi, Dotonbori, and similar shopping destinations to wander around the streets of Amerika-mura and take a peek into the second-hand clothing stores you stumble upon. 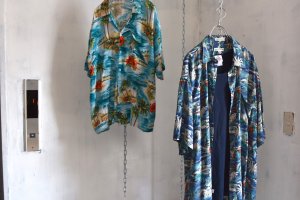 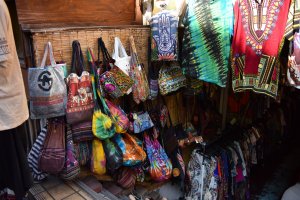 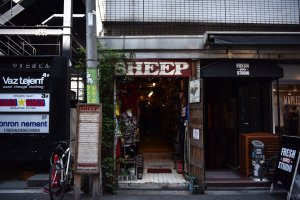 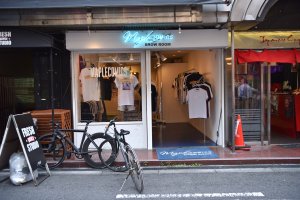 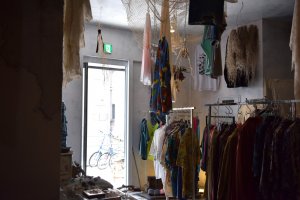 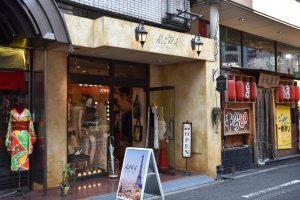