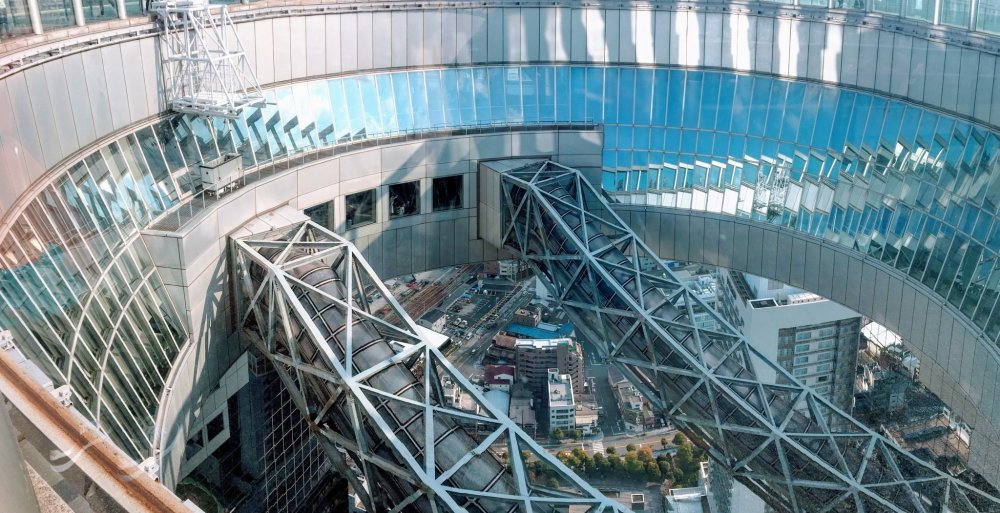 Unique to the Sky Building, the Sky Walk is an open air observation deck on the 40th floor (Photo: Ophelia Cai) 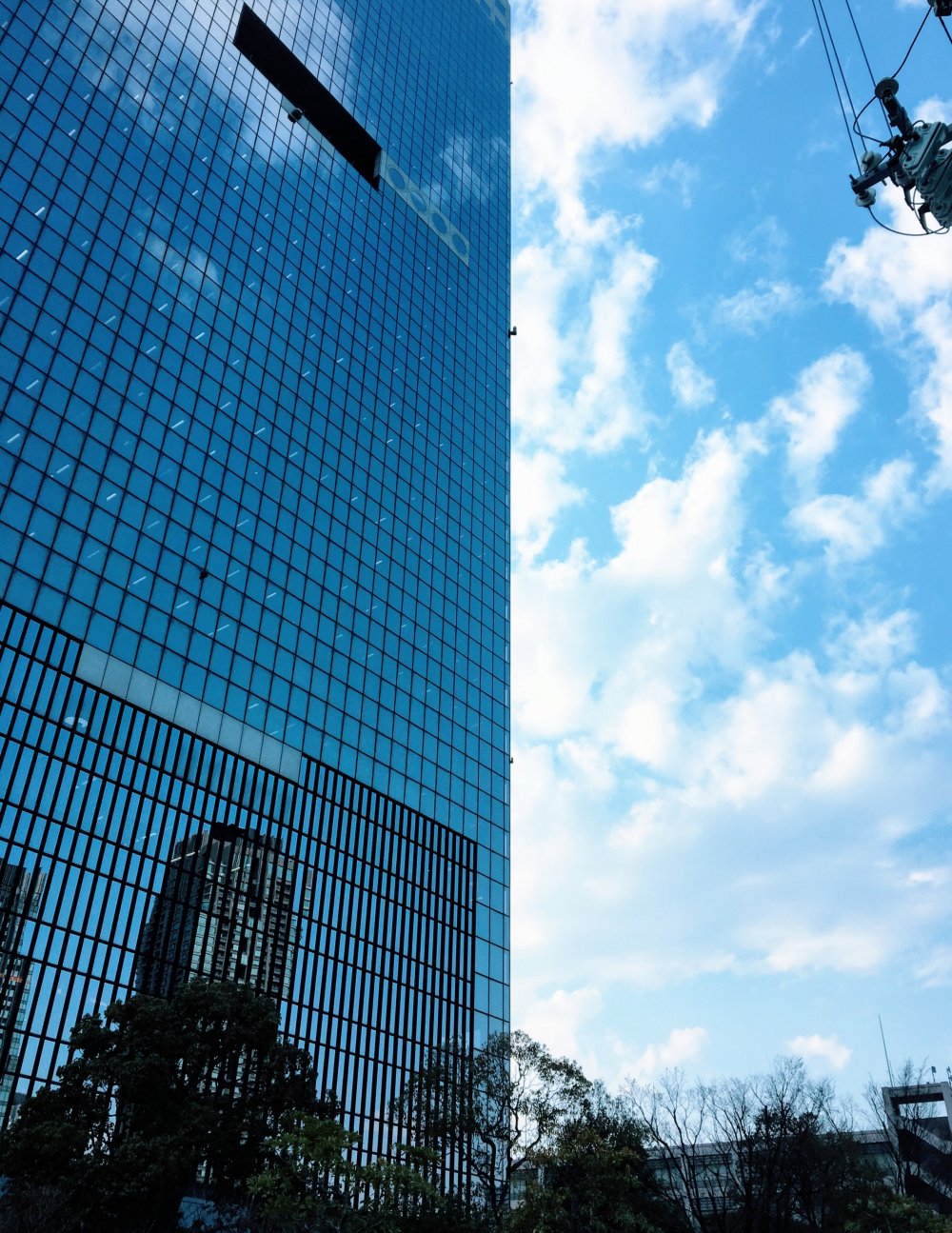 The building is designed to blend into the skyline (Photo: Ophelia Cai)

On clear sky days you will be rewarded with a stunning panorama of Shin-Osaka (Photo: Ophelia Cai) 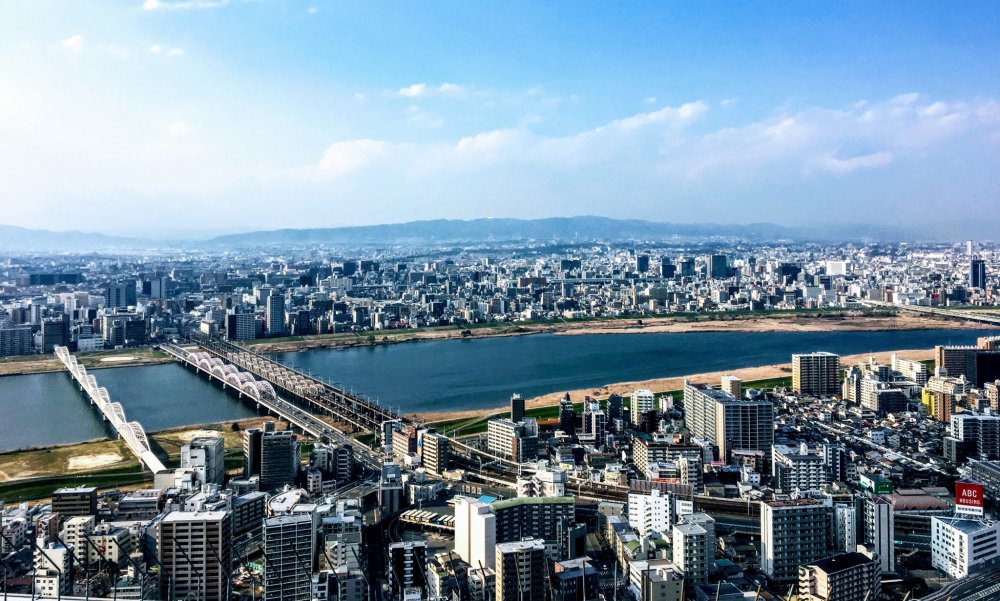 A breathtaking view over the Yodo River (Photo: Ophelia Cai) 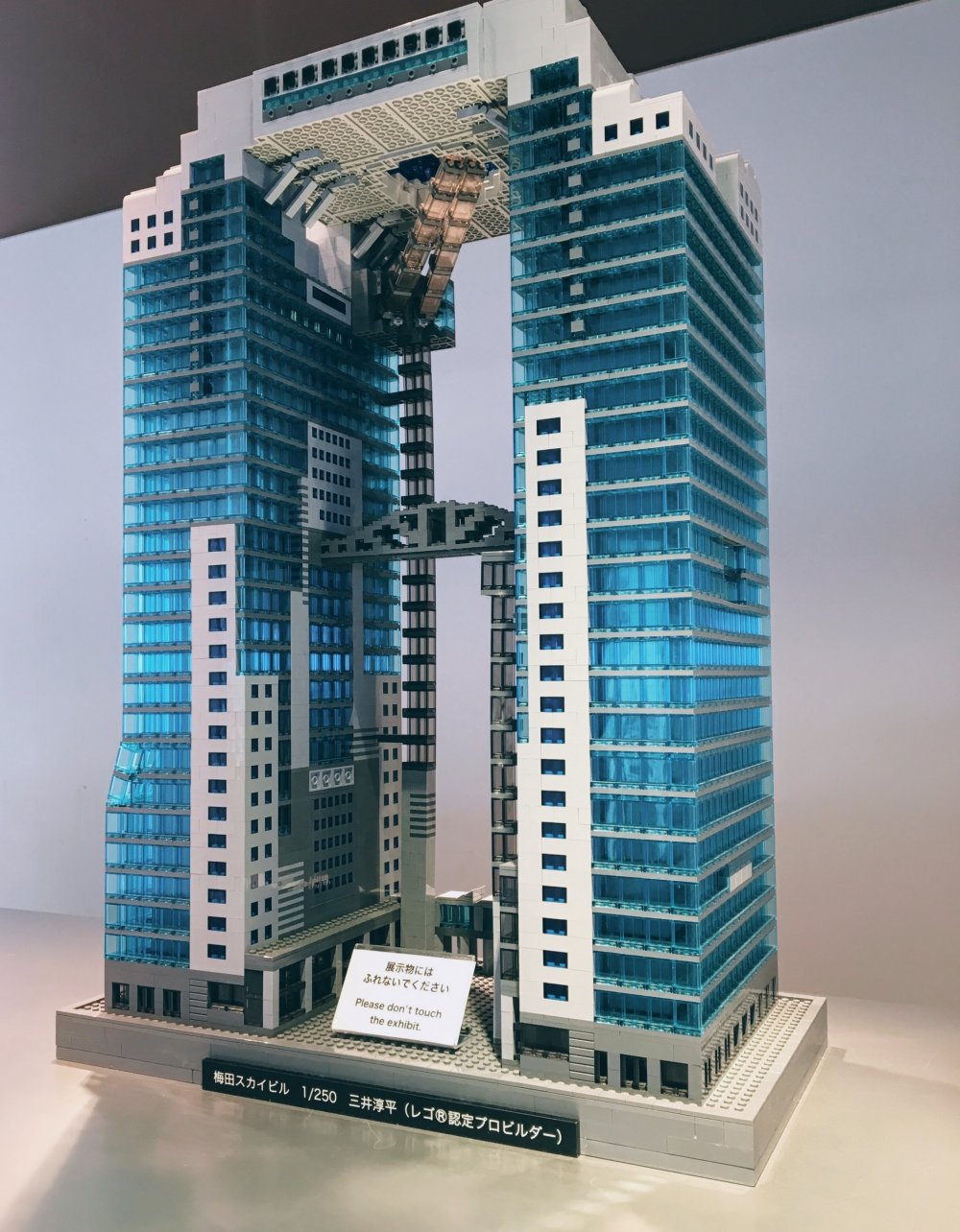 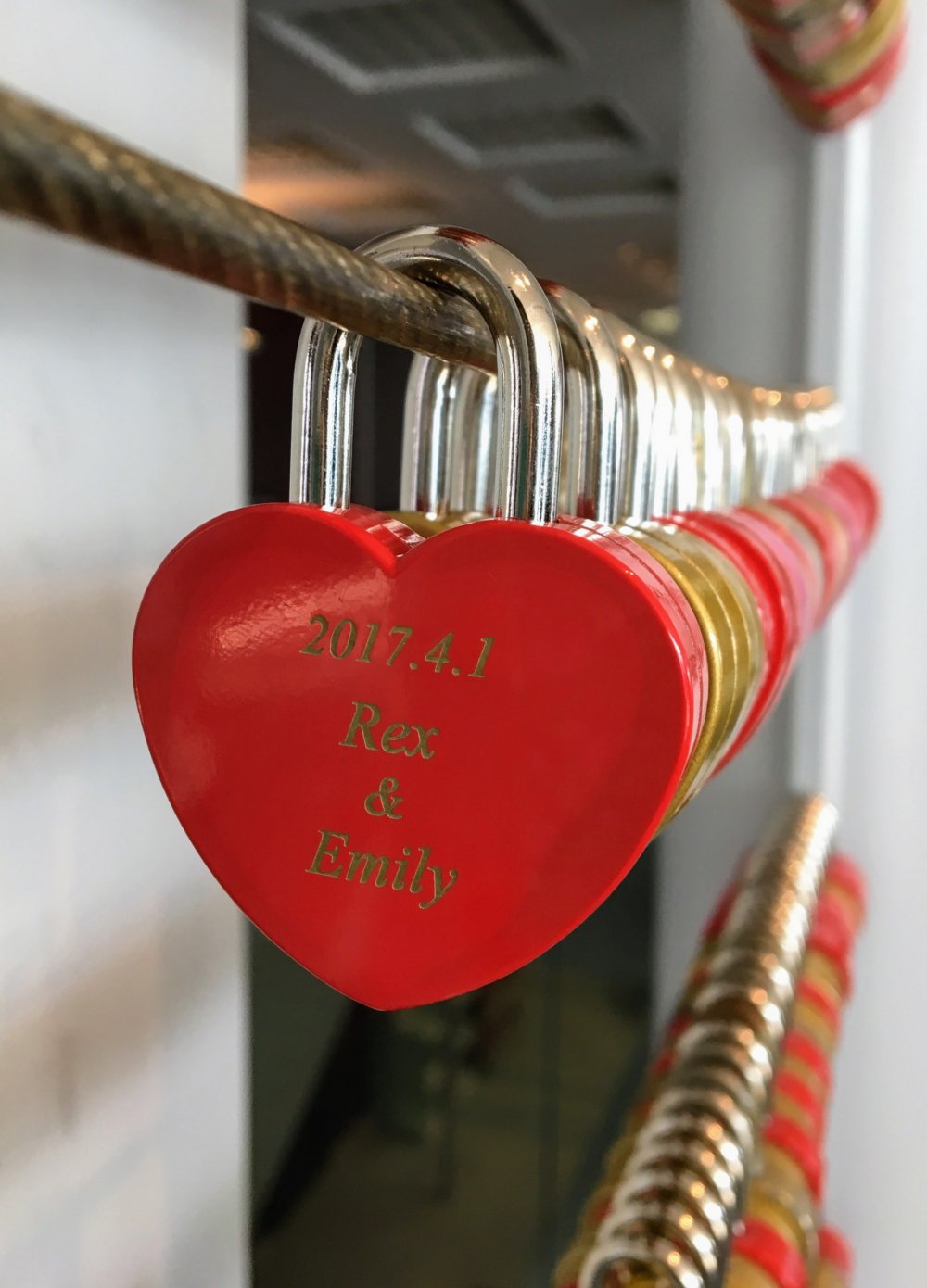 Visit with a loved one and engrave a lock to commemorate your visit (Photo: Ophelia Cai) 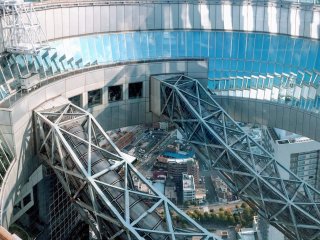 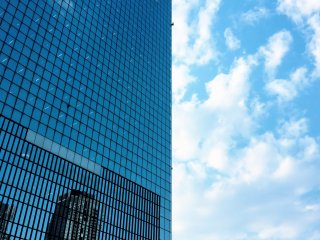 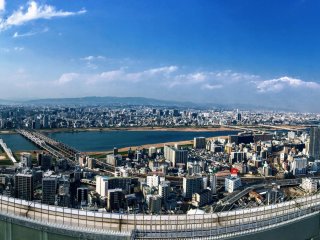 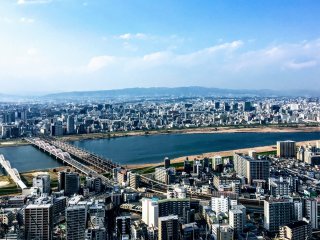 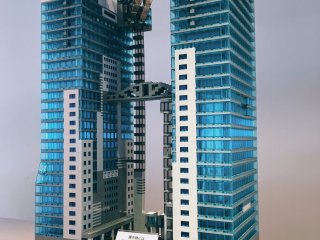 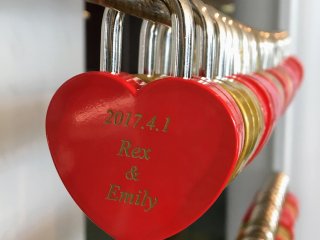 Alongside the Parthenon, the Taj Mahal and Sagrada Familia, Osaka’s Sky Building was nominated in 2008 as one of The Times’ Top 20 Buildings in the World.

Even at an impressive 40 stories tall, it seems to dissolve gently into the sky. Rather than create a disturbance, the architects chose a mirror-like glass to allow the building to blend into the city around.

It is unique in its “interconnectedness”, being composed of not one, but two skyscrapers which are joined. The unique linked tower design has two motivations. Firstly, the desire to create a city which allows people to navigate in all three dimensions. Secondly, disaster mitigation. As structural architect Toshihiko Kimura observed, an adult and child have better stability if they are holding hands on a moving train than if they were standing apart. In the same way, an interconnected skyscraper is better than one and able to withstand tremors of the kind that Japan is so often afflicted by.

It is both curious and heartwarming that across different cultures, the desire to build ever higher seems common to all. Whatever your opinion of skyscrapers - vanity project or engineering prowess - their allure is undeniable.

Looking for accommodation while you plan your trip? Take a look at Hotel Mystays Shin Osaka Conference Center.