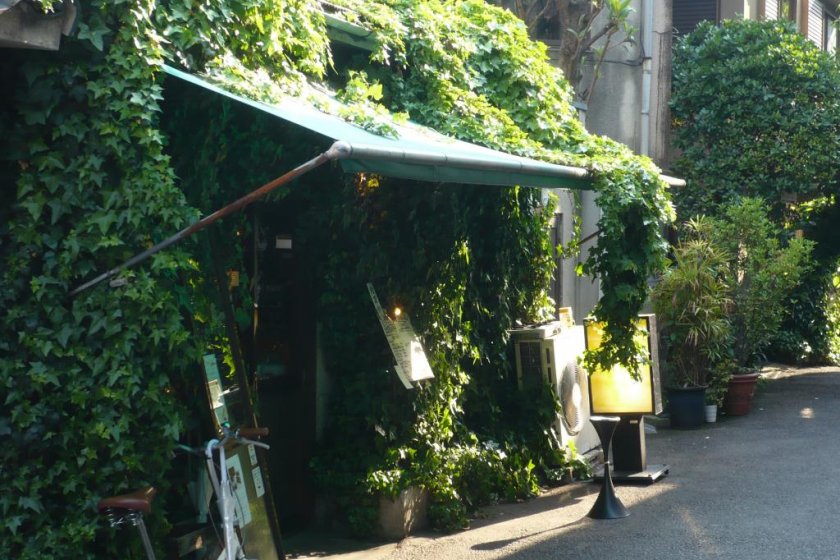 The entrance of Salon de AManTo

The other day I tried to escape the bustling crowds of Umeda, the northern commercial center of Osaka. Aimlessly I headed east. Passed fashion outlets, skyscrapers and convenience stores; crowded roads and never sleeping offices. And then, after I crossed the JR Line heading to Kyoto, I found myself wandering in an old neighborhood lined with two stored buildings, small shops, and cafes. A place where watches seems to have stopped in the Showa period.

In its heart, covered behind a curtain of green plants, I found a charming café, Salon de AManTo. The building is 131 years old, and about 10 years ago the performance artist Jun Amanto saved it from certain demolition. Without knowing the methods of renovation he started this task, and learnt everything by trial and error from his neighbors who gave him kind advice and people who dropped by and watched his work with curiosity. The renovation itself became one of his performances.

The result is remarkable! The renovation was completed without producing any kind of garbage, recycling every piece that was found in the house before. Old nails whose function had already ceased were pulled out, straightened and reused. Although the building differs now from its original concept, it perfectly matches its new function. The tatami and ceiling were torn out, leaving one wide space with an earthly and warm atmosphere.

Besides its function as a café, Salon de AManTo is also a community center. For elementary school students, drinks are served for free, in order to give them a place to stay between school and the return of their parents from work. In the evening the café is often used by different communities as a classroom to teach languages or other skills. According to the homepage the café is like a park, open for everyone. Furthermore the building is equipped with a radio transmitter. Through a solar panel installed on the roof, the radio transmitter can be run in times of natural disasters or during blackouts in order to inform the community about the situation. A scenario that is all too real since 11 March 2011.

The cafe's specialty is the rankanka drink. Rankanka is the Japanese reading of the Chinese characters luo han guo. In English it is sometimes called monk fruit, whose scientific name is siraitia grosvenorii. Traditionally it was cultivated in China and Thailand and used as a sweetener. Furthermore it is highly valued for its health properties and is used as medicine. Besides rankanka the cafe is known for its coffee, imported by the shop keeper himself from the Philippines, being of fair trade origin and delicious in every sense of the word.

Every weekend different events are held in the café and its affiliated facilities in the neighborhood, including live concerts, dance performances or video screenings. With a little luck you can also see the shop keeper, Jun Amanto perform. He developed his own dance style called Kabuku-mai. You can get more information and impressions about the activities from the homepage or from Jun Amanto's Youtube channel.

Salon de AManTo is open seven days a week from 12am to 10pm and has free Wi-Fi. If you are looking for a place to relax from the bustling life of Osaka, or for a piece of unique urban culture, give it a try and drop by.

Born in a small town in Austria, I found my way to Japan through University. In 2010 I came to Osaka as an exchange student and decided to stay there after I graduated from University in my home country. I`m very interested in urban culture, and socially disadvantaged areas, like Kamagasaki, the day laborer district of Osaka. I hope to be able to show you a side of Japan that cannot be found in normal guidebooks, and lead your path to places that have not been discovered by mass tourism yet. 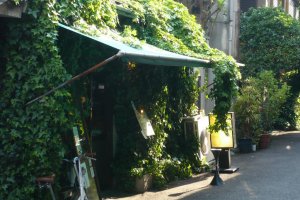 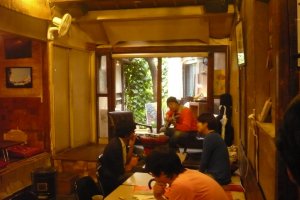 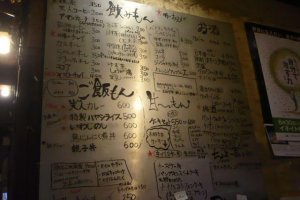 hannah lewis 2 years ago
Brilliant cafe. We chanced upon it. Plum wine and pumpkin cake were sublime
Reply Show all 0 replies
1 comment in total