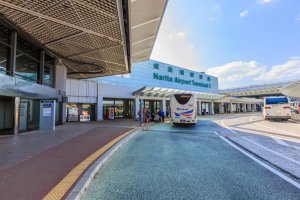 “Connecting Japan to the World.” Narita International Airport, more commonly known as Narita Airport, is an international airport serving the greater Tokyo area of ​​Japan. Surprisingly, the highly trafficked airport is located about 60 kilometers east of central Tokyo in Narita, Chiba, as opposed to Tokyo’s other main airport, Haneda Airport, which is more centrally located in the city. Traditionally, Narita handled the majority of Tokyo’s international flights, while Haneda was a hub for domestic traffic. In recent years, Haneda has widened its reach and now includes an international terminal. Even so, Narita Airport still handles most of Tokyo’s international flights.

Narita Airport holds itself to the highest standard when it comes to passenger safety and has acquired international accreditation for its COVID-19 countermeasures under the Airport Health Accreditation (AHA) Program conducted by the Airports Council International (ACI).

Currently, Narita Airport has connections to 65 international cities and 18 domestic ones and serves as the main international hub for Japan’s domestic airlines like JAL, ANA and low-cost carriers like JETSTAR JAPAN and Peach. The airport is divided into three terminals, all of which have international and domestic connections.

Terminal 1 serves the most international airlines, followed by Terminal 2 and then Terminal 3, which is predominantly home to low-budget ones. Terminals 1 and 2 have rail stations located onsite named Narita Airport Station and Airport Terminal 2 Station, respectively, which provide connections to and from the terminals. Although Terminal 3 does not have its own train station, it is linked to Terminal 2 via a passageway. Travel between the terminals is easy with Narita’s free shuttle buses, which run frequently and have about 10-minute travel times.

Travel to Tokyo from Narita Airport

Despite its distance from Tokyo, Narita provides travelers with an abundance of convenient options to reach the capital city via railways and bus lines. Please note that the prices and travel times below are current as of April 2021.

In addition to its efficiency and convenience, Narita is a fun place to pass time between connecting planes, trains, or buses. After arriving at the airport and before passport control, enjoy the passenger terminals where the airport diffuses natural fragrances and displays scenic visuals of Japan on large digital screens.

For international travelers leaving Japan, the airport hosts a number of cultural activities that vary monthly and are located outside and inside passport control. Visit an origami museum, take pictures of cherry blossoms, or try your hand at ukiyo-e woodblock printing, calligraphy, paper doll making, and kite making. Art lovers can stop by the Kabuki Gate, which exhibits traditional Kabuki costumes or the NAA Art Gallery, which displays a range of paintings and other art pieces. If you are pressed for time, you can still enjoy the artistic flare of Narita by admiring the works of art that decorate the facility from sculptures to tile work to stained glass windows. The cultural atmosphere will make you want to plan your next trip as you prepare to depart! Please note that some activities and exhibits may be cancelled due to COVID-19 precautions. Discover more things to do at Narita Airport.

Things to Do Around Narita Airport

After exiting the airport, why not enjoy some of the sights of the surrounding area? The region is home to numerous parks, many of which have incredible views of incoming and departing flights, including Narita Sakura no Yama, Sanrizuka Sakura no Oka, Hikoki no Oka, and Minami Sanrizuka Nature Trail, to name a few. The parks are especially popular in spring time when cherry blossoms color the trees pink. Aside from nature, the area also includes museums, a spa resort, AEON Mall Narita, Naritasan-Shinshoji Temple, and Shisui Premium Outlets. The diversity of offerings surrounding Narita Airport make it the perfect place to start your adventure in Japan. Click here for an extensive list of places around Narita Airport.

Enjoy Narita Airport with your Baby

Tokyo's Narita Airport is one of the most baby-friendly airports in the world, with nursing rooms, playgrounds, shops that sell..

Make visiting Narita International Airport your best experience yet. Discover some fun things to do before your departure flight...

Stuck at Narita Airport with nothing to do? Head out to explore the area nearby with the Narita Transit & Stay Program — the b..

In Transit at Narita Airport?

A layover or long transit through Narita Airport doesn't have to be dull. In fact, it can be an opportunity to explore some..

Fujiya at Narita Airport Terminal One, with its hearty food and kind, attentive staff, can cheer up sad souls leaving Japan

On the 3th floor of Terminal 1, Narita International Airport, there is a place that should not be missed if you have a flight from..

The Upcycle Art Museum at Narita Airport is a unique event with a focus on sustainability. The event will display 30 different works..

Hotel MyStays Premier Narita is located close to Narita airport and provides a free regular shuttle bus to and from both the airport..

For a limited time only, the Narita Anime Deck is hosting a Sanrio Characters collaboration cafe event. There will be a range of..

With international travel proving difficult or impossible at the moment, many people are turning to international cuisine to get..

It's worth stopping by in Narita itself to sample one of the local specialities at Kawatoyo (川豊).

Naritasan Shinshoji Temple (成田山新勝寺) is a Shingon Buddhist temple complex founded in the 10th century. This historic site is located in Narita ..

Top "Kawaii" Japanese souvenirs to keep or send back home. Loveable, cute, charming, pretty, and darling. There's so much kawaii-ness..

Exploring unbelievable Chiba Prefecture and checking out all there is to see in this two-day itinerary. Escape the cities and embrace..