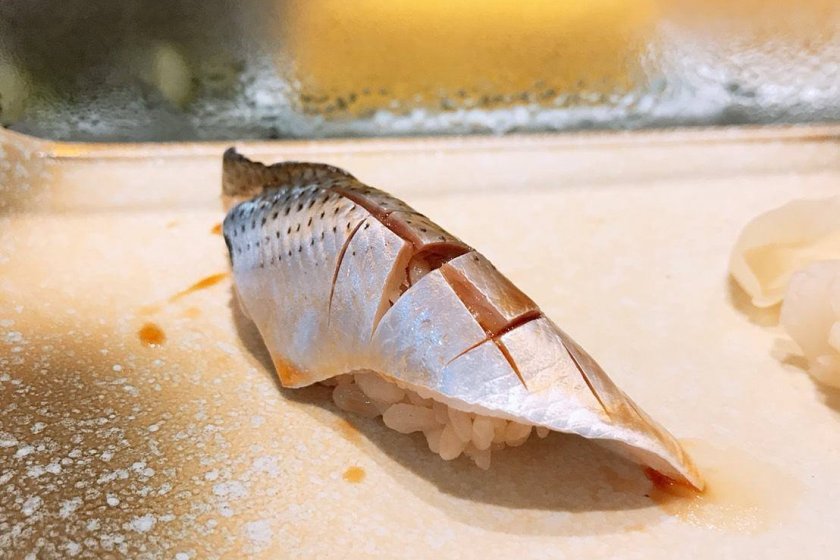 A standing sushi bar where the red rice is a winner

Nobody expects food at an airport food court to hit any great heights. But any self-professed fan of sushi spying a standing sushi bar at Narita International Airport is likely to have their curiosity aroused. A standing sushi bar in Terminal 3, the budget carrier terminal?

Walk into Tatsu Sushi in the second floor food court of Terminal 3 and you are likely to find a bit of old fashioned pride emanating from behind the counter. Besides the fact that their sushi tastes nice and is fairly priced, the crew at Tatsu Sushi pride themselves on their red rice.

You see, red rice is actually just as traditional, if not more so, than the more widely known white rice. The akazu red vinegar used to season and prepare this rice results in a darker colour than usual and a flavour that is slightly sweet.

This red rice well complements the toppings prepared here, giving the sushi a distinctive character. If this is your first time eating red rice sushi, don't be surprised if you are taken aback for a moment after your first piece.

Tatsu Sushi offers stand-in dining, takeaway as well as a la carte or sets. Bear in mind that the red rice sushi is reserved for customers eating in; takeaway customers make do with the usual white rice.

A la carte pieces start from about JPY250 per piece while the 10-piece Nigiri Miyako serving will set you back JPY2500. Chirashi seafood-on-rice bowls go for JPY1500 and you can also order sashimi and appetisers as well as drinks.

If you'd like to be pleasantly surprised with your last (or first) meal in Japan, Tatsu Sushi may just be the place for you.

Narita International Airport's Terminal 3 is about an eight-minute walk from Terminal 2. A free shuttle bus is also available and takes about five minutes. Tatsu Sushi is located in the second floor food court.

Find out more about Narita Airport. 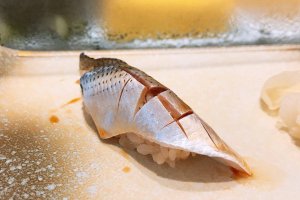 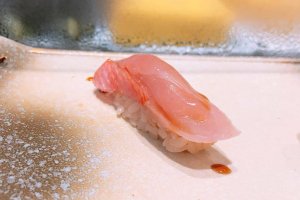 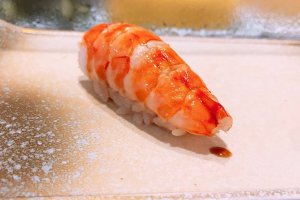 michael kenney a year ago
Tatsu at Terminal 1 at NRT airport waited in a line when it was my turn to order the young lady at the counter did not want to serve me instead she went to the customers behind.
I was looking for a beef dish and was confused over the menus items not knowing what was in them. She was not paying attention to the line. She assumed I just walked up to the front of the line. Then ordered #13 because I wanted beef with rice. She ignored me for several minutes handling other customers. When my order came I had to pay extra to eat in in the food court where I could plug a charger into my phone and eat. If you dine in there are no electrical outlets. My food came and sat to eat found it tasting like fish. I wanted beef. Returned it and they refused to take any action. Supervisor also refused to do nothing. I put the dish on the counter and stated keep your food and the money I paid for it and walked away. You can figure it out is this a place you want to eat at?
Reply Show all 2 replies

Sleiman Azizi Author a year ago
That's really bad luck for you Michael. I've been there many times and never had anything remotely like that experience so I'm not really sure what to say.
Reply

Sleiman Azizi Author a year ago
Ah, and now I just realised, your experience was at a completely different restaurant at a different terminal as well.... Tatsu Sushi is a sushi bar in Terminal 3. You went to Tatsu, a grill and beer bar in Terminal 1.
Reply

Elizabeth S 2 years ago
Airports the world over have mediocre food at exorbitant prices. But at Narita Airport, I have had nothing but great food at average prices. I’ll keep my eye out for Tatsu next time I’m there.
Reply Show all 1 replies

Sleiman Azizi Author 2 years ago
Another plus for Japan.
Reply

Kim 2 years ago
I think that's one of the things I love most about Japan - you can find a great meal in some of the most unusual of places. Even convenience store food here is delicious, but back home if you said you ate convenience store food for lunch or dinner people would look at you like you'd lost your mind!
Reply Show all 1 replies

Sleiman Azizi Author 2 years ago
Yeah, it was completely unexpected. Whenever I am travelling through Narita airport, it's a guarantee you'll find me there for a quick bite.
Reply
7 comments in total