Have breakfast in Tullamarine and dinner in Shibuya

Qantas will restart a daily Airbus 330 service from Melbourne to Tokyo Narita from December 16, 2016, with Jetstar ceasing its direct Boeing 787 Dreamliner services from Melbourne on 25th February, 2017. Customers booked on the Jetstar Melbourne flights from 26th February, 2017 onward will be re-accommodated on Qantas flights. The daily Qantas service will not operate on 24, 25 and 31 December, however Jetstar is continuing services during the busy holiday season in December.

The 12 hour flight would include a refurbished business class, with lie flat seats and aisle access. Qantas passengers travelling from Melbourne will no longer need to transfer at Sydney or Brisbane, potentially freeing up more space on those flights. QF79 will depart from Melbourne at 915 am and arrive at 530 pm, so you can have breakfast in Brunswick and dinner in Shibuya on the same day.

This year has seen an increase in outbound traffic from Australia to Japan by 25 per cent, with recent announcements by Qantas (Sydney Haneda, Brisbane Narita) as well as All Nippon Airlines (Sydney Haneda) giving passengers real choice and convenience in the full service market. 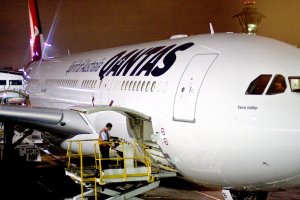