Qantas flies the Airbus 330 from Brisbane to Tokyo (Photo: Jordan Vuong / CC BY 2.0)

Choice of day or night services from Sydney or Brisbane

Travellers from the East Coast of Australia have the choice of two daily flights to Tokyo with Qantas. From 1 August the day time flight from Brisbane to Tokyo Narita will get you to Japan in time for dinner, while the evening flight from Sydney to Tokyo is perfect for business and leisure travellers leaving after work, with an early morning arrival into Haneda.

Since 2013 there has been a 20% growth in travellers from Australia and Japan, and increased frequencies allow more options for direct and connecting passengers. Brisbane's compact airport makes transfers simple with connections domestically as well as from the South Pacific and New Zealand, with less travel time than going via Sydney. Passengers from South America and South Africa can connect at Sydney for the night flight to Tokyo Haneda, with direct flights from Santiago and Johannesburg to Sydney. Qantas is a specialist in long haul travel, with both First and Business Class lounges offering shower facilities and complementary massages at the First Class lounge. 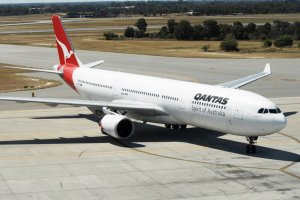 Jihad Mahmoud 6 years ago
That is a great option for us who want to visit Australia.
Reply Show all 0 replies

Bonson Lam Author 6 years ago
On 29 June 2016, Qantas's International First and Business Lounges in will be closed for renovations in Brisbane and the new International Premium Lounge will open in October. During the refurbishment, eligible customers and their guests can access the Plaza Premium Lounge or vouchers to redeem at food outlets in the terminal.
Reply Show all 0 replies
2 comments in total