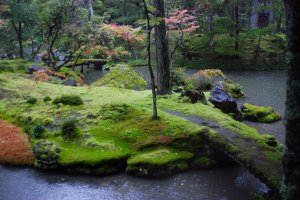 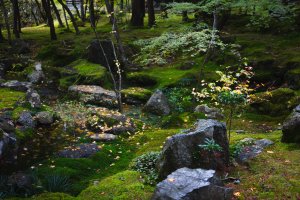 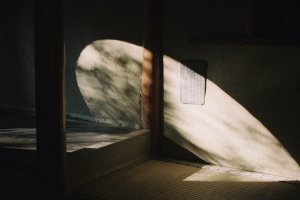 The Saihoji Temple was founded during the Nara period, about 1300 years ago, by the priest Gyōki at the request of the Emperor Shōmu, along with forty-nine other temples of the Hosso sect.

In 1339, in the midst of the devastation of the post-war period, Musō Kokushi, then one of the most respected Zen priests in Japan, revived the temple as a Zen temple at the invitation of Fujiwara Chikahide (the chief priest of the Matsunō shrine).

The complex with an area of ​​35,000 square meters is now one of the special historical sites and places of scenic beauty in Japan and was included in the list of World Heritage Sites by UNESCO in 1994 as a historical monument of ancient Kyoto. Because of the beautiful moss that covers the area, it is now popularly known as Kokedera (moss temple).

The upper floor of Saiho-ji’s famed garden is the Karesansui Style Garden. Unlike its lower floor, this garden is made entirely out of rocks. It was said that the creator, Muso Kokushi, meant for this to be his grave. However, he decided to let the garden live on as a symbol of Zen Spirituality. In 1339 when it was built, it was common to have ponds and water in Zen gardens. Yet Muso Kokushi chose to use rocks to portray this spirit, an innovative idea that served as inspiration to many others. The Karesansui-style garden in Saiho-ji is also regarded as Japan’s founder of rock gardens.

The lower floor of the famed moss garden is a classical-style garden. Amongst the lush foliage and green moss carpets is the Ougonchi Pond. The heart-shaped pond lies at the center of the garden, producing stunning reflections in the water on a clear day. Also known as Shinji Ike, the term ‘heart’ is also known as the Chinese character 心, giving the pond a second identity as the “Heart Pond”. Both gardens are recognised as Historic Sites and Places of Scenic Beauty by the Japanese Government.

Built during the Toyotomi Period, the Shonantei Tea House is a historic building recognised by Kyoto as a National Treasure. The tea house was allegedly used as a hiding spot for Iwakura Tomomi during the Meiji Restoration. Now, Shonantei is also known for being a moon-watching spot in Northern Kyoto.

To visit Saiho-ji, one must make a reservation at least 1-2 months in advance. The guided tour includes an exclusive meditation and sutra chanting service, in addition to the comprehensive 90-minute tour of the gardens. It’s best to seek the advice of your hotel to help arrange a reservation as the process is mostly in Japanese.

Tucked away in the hills west of Kyoto, this unique World Heritage sight boasts one of the city's most amazing gardens

The Moss Garden at Saihoji Temple

The Splendor of Houka East and West

Finding a great place to stay in any city is always a challenge. But nestled on a quiet street a brief walk from Kyoto Station,..

I have been to Kyoto a dozen times, but it is only now when it has sunk in, as to what this place is all is about.

Nishiki by the Katsura River

Nishiki is a fine restaurant on the Katsura River in the Arashiyama area of Kyoto. It is a fine place to enjoy Kawadoko Ryori in..

Ex Cafe, also known as Ickx Cafe, is an art-filled eatery and is nestled along a side street of Arashiyama. Serving up delectable..

At Saga Tofu Ine in Arashiyama, yuba and tofu are served in many different ways. Some dishes are roasted, some are boiled, and some..

The Katsura Imperial Villa, or Katsura Detached Palace, is a villa with associated gardens and outbuildings in the western suburbs of Kyoto, Japan. It..

The Tenryuji is the main temple of the Rinzai Zen Buddhism sect of the same name and is located in the Arashiyama district in the northwest of the city..

The Arashiyama Bamboo Forest is one of the most popular attractions in Kyoto and is made up of numerous trails for visitors to enjoy. For the best photos,..