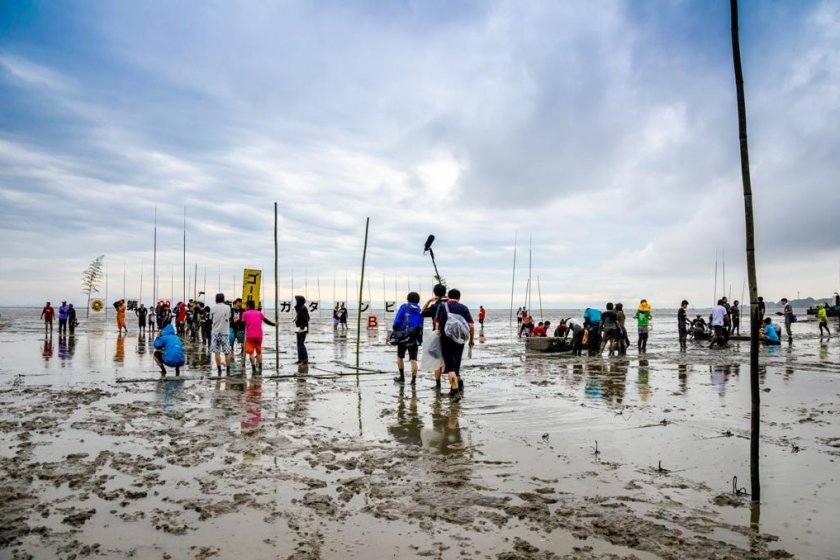 The craziest sporting event in Japan!

Kashima, a city in southwest Saga, was known for very little when the prefecture was founded. With no highway or shinkansen line connecting it to the rest of Japan, Kashima had to make itself known if it wanted to attract visitors. In order to do this, the mayor decided that they would hold a sporting event in Kashima that would attract tourists from all around the area, but it would not be on the dry land, but on the mudflats at the edge of the city, and so the Gatalympics was born.

Often called the craziest sporting event in all of Japan, at around the end of May every year tens of thousands of tourists and locals alike make their way down to Kashima in order to compete. Normal sporting events such as the 25m dash or a cycling race are made all the crazier by mountains of mud. Twenty-five meters may seem like a short distance but it’s difficult to manage when you are waist-deep in mud. The cycling race is also complicated by lack of brakes and the ever-looming possibility of being thrown off into the mud.

There are also unconventional events like surfboard races through the mud, relay races, and an obstacle course, all of which because all the more complex when gallons and gallons of mud is involved.

For those who don’t wish to get dirty, you can go as a spectator and watch all the shenanigans unfold, or if it makes you more comfortable you can watch it from your own homes as the event is usually broadcast on TV every year. Events usually begin around 11 am and end around 3 pm and afterward everyone is invited into the mud for a relaxing dip and to feel the cleansing benefits of the mud.

If you want to participate yourself remember that you must sign your teams up a few months in advance and that it is hard to make substitutions; i.e. a boy is only allowed to be substituted with a boy, a girl with a girl. Failure to find a replacement may result in your team being cancelled. So make sure that your teams are ready before you sign up.

In all, there is something for everyone at the Kashima Gatalympics, where crazy people meet up go mad and get stuck into it.

George is a 20-something hitchhiker, solo female traveller and cunning linguist, currently teaching in Kyushu, Japan. She circumnavigates the globe and teaches languages to all those in her wake. She has travelled Europe and Oz extensively, and has taught languages in 6 different countries and counting. She writes about a mix of language learning, TEFL tips and general travel tales. Follow her journey at http://georgeonthego.org or on www.facebook.com/georgegoingdown or www.twitter.com/georgieonthego 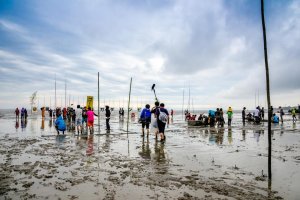 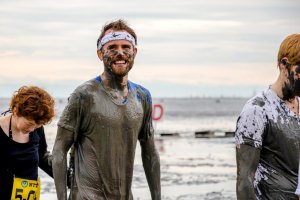 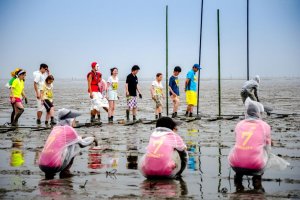 Kim 3 years ago
I love that the town thought completely out of the box to generate tourism!
Reply Show all 0 replies
1 comment in total