Held every autumn along the Kase River just outside Saga City, the Saga International Balloon Fiesta brings together hot air balloon enthusiasts from around the world.

In 2016, the 22nd FAI World Hot Air Balloon Championship took place in Saga for the duration of the main festival, with top-ranked competitors from around the world descending on Saga looking to impress visitors with their flying skills. 2016 was the region's 3rd World Championship, after hosting the international competition in 1989 and 1997. Saga's event also commands the most number of balloons in all of Asia, making it a grand spectacle for all who make a visit. 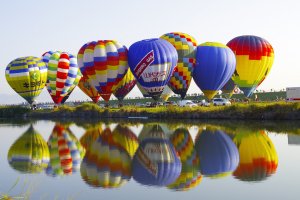 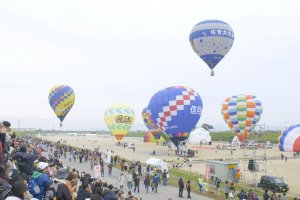 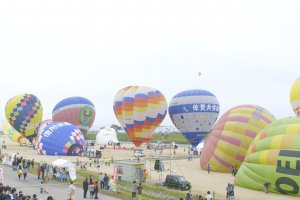 Yoshimi Dan 2 months ago
So interesting!
Reply Show all 0 replies

Kerstin Yamane a year ago
Looks really great! I hope I can go there this year.
Reply Show all 0 replies

Chris 2 years ago
This looks awesome! I wish they could do this in other prefectures as well.
Reply Show all 0 replies

Kim 2 years ago
This looks amazing! I was just in Saga Prefecture recently and really enjoyed it - wish I could be there for this, too!
Reply Show all 0 replies

Sleiman Azizi 3 years ago
That would be a most interesting spectacle.
Reply Show all 0 replies
5 comments in total