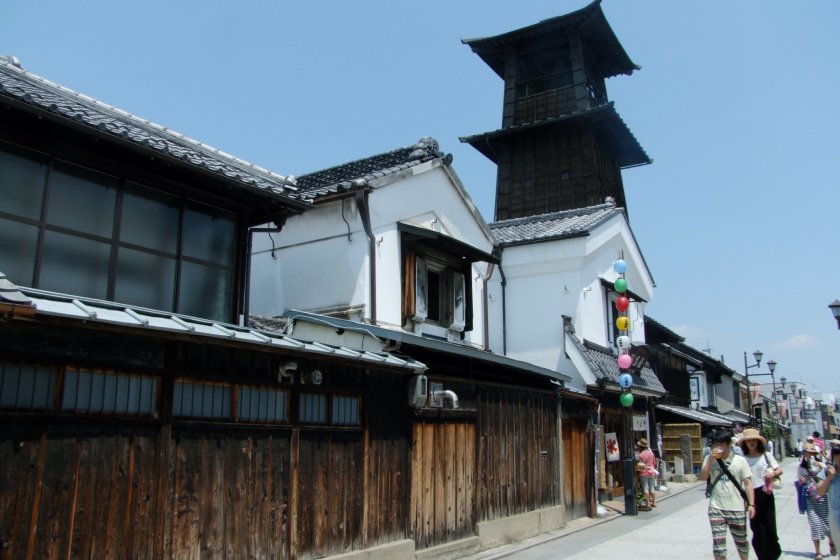 Toki-no-Kane is the historic symbol of Kawagoe

The Bell Tower is the symbol of Kawagoe

No trip to Kawagoe's Old Town would be complete without a visit to the Bell Tower, whose unique shape and design have made it the symbol of the city itself.

Old Town (Koedo in Japanese, literally “Little Edo”) is an area of Kawagoe City that maintains its historic traditions dating back to the Edo Period (17th to 19th centuries). During that time, Kawagoe was built around the (no long existing) Kawagoe Castle, and played a key role in business transactions with Tokyo (then called Edo). Old Town is both a functioning city as well as a tourist town, and attracts many visitors to walk down its streets, enjoy the old time architectural styles, visit the local shops, and get a taste of life from a bygone era.

The Bell Tower itself (toki-no-kane in Japanese, literally “Bell of Time”) was originally built in the early 1600’s, though has been rebuilt several times since then due to damage from fire. The current tower was constructed in 1894, after the Great Fire of Kawagoe destroyed the previous structure. The tower is three stories tall (16 meters in height), and its beautiful chimes currently ring out four times a day: at 6 a.m., 12 noon, 3 p.m., and 6 p.m. In 1996, the Bell Tower's chimes were designated as one of the "100 Best Sound Sceneries in Japan," to be protected by the Ministry of the Environment. The tower is just that - there's nowhere to go inside or buy souvenirs, although you can walk underneath it to access the tiny but beautiful Yakushi Shrine on the other side. Yakushi Jinja is small and quaint, and welcomes people praying for harvests, money, and recovery from various illnesses (especially eye diseases).

The tower is located just off of Kurazukuri Street, in a district called the Warehouse Zone. It’s a beautiful area full of clay-walled warehouse buildings that have since been converted to modern use: restaurants, shops, and so on. 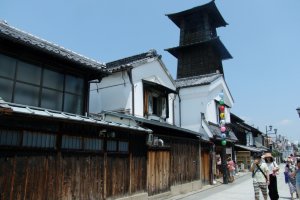 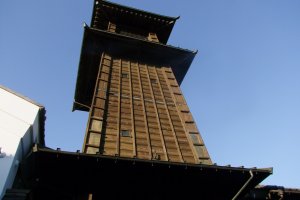 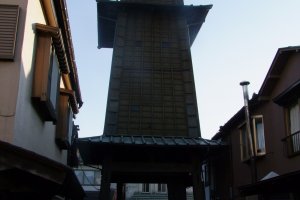 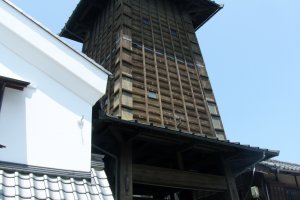 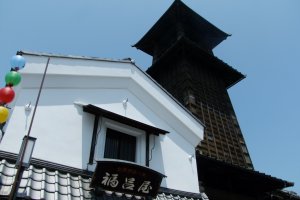 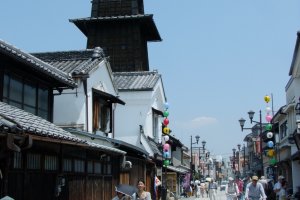 Geraldine Buergel 2 years ago
The tower does look quite impressive!
Reply Show all 0 replies
1 comment in total