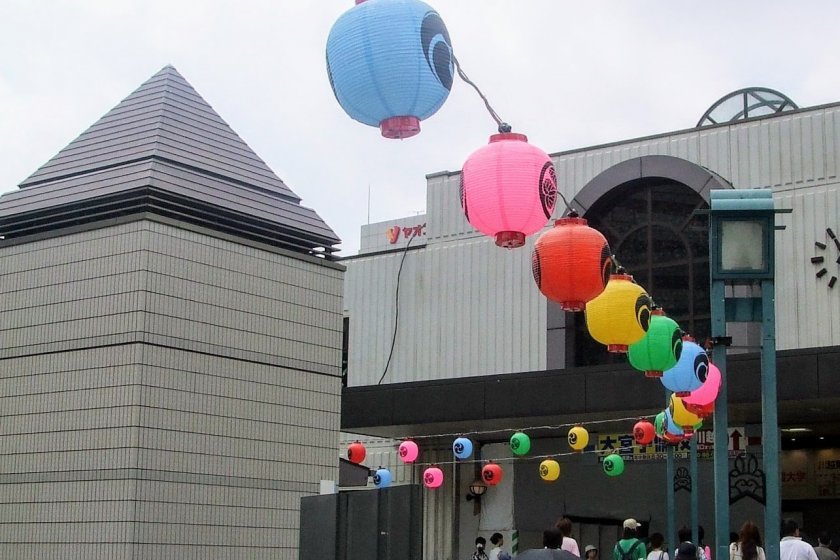 A highlight of summer in Kawagoe

The Kawagoe Million Lights Summer Festival is a highlight of the annual calendar in the quaint Edo period town of Kawagoe. Just thirty minutes from Ikebukuro station in Tokyo. It has been celebrated for around 150 years. It is a personal favorite event of my family of six. As locals, we have been to this festival several times over the years. It is always held on the last Saturday and Sunday of July each year.

The festival extends a large area stretching from the Atre Maruhiro Department store beside the Tobu Tojo Line Kawagoe station up to the top of the main tourist thoroughfare "Ichibangai on the historic warehouse district. Much of the area is made pedestrian-friendly for the course of the festival. Over a thousand festival stalls line the tourist district and station areas. And, as they claim, there are a million lights. There are also stalls and events around Kawagoe City Hall and on the periphery, such as at Kawagoe Hikawa Shrine and Kitain Temple.

What to expect at Kawagoe Million Lights Summer Festival

Festival lanterns line many of the streets in Kawagoe. You are even greeted by a line of lanterns as you come out of the Tobu Tojo Line Kawagoe station exit. Whether there is a million or not, I do not know, but there is certainly thousands throughout the city.

Portable shrines, known as Mikoshi in Japanese, are carried around the town. As the sun begins to set festival floats come to join them for a dramatic parade.

Festival stalls with various offerings are available at all the key locations of the festival including around Hon-Kawagoe, on Crea Mall and in the tourist area. They don't just sell food or drink. Some stalls have festival games such as gallery shooting, goldfish scoop, hoops and other traditional Japanese festival games.

Throughout the period of the festival, in various locations, there are live performances either on stage or on the street. They include traditional as well as modern music and dance performances, sometimes in moving (but not parade) floats. There are parades too. They have a musket shooting event on the opening day, with the shooters dressed up in warrior outfits and kabuto helmets. You can pick up a timetable, with each of the locations marked on a map, at any of the train stations or information desks.

Kawagoe Hikawa Shrine has an annual wind chime event from early July until to early September. Escape the crowds for a few minutes of reprieve while listening to the soothing sounds of wind chimes in the historic and captivating shrine.

Dealing with the heat

Make no mistake, it is hot. Kawagoe is close to Kumagaya, the hottest city in Japan, and experiences similar temperatures. Pick up a free uchiwa, a Japanese style fan, to help keep cool. It doubles up as a nice keepsake too. During the festival there are several areas where you can cool down by a fan blowing out cool mist. You can also enter one of the shops in the tourist district or on Crea Mall, the main shopping street, and refresh in the air conditioning. Should you need it, there are a couple of first aid stations set up for the festival period, for example at the car park of Maruhiro Department Store. You can actually just visit this first aid area just to see inside an ambulance and a fire engine as well.

By car: During the period of the festival many of the roads closed off to vehicles to make them pedestrian-friendly. Also, several of the car parks are used for festival stalls. As such, it is advised, where possible, to come by public transport. If you do come by car, you will probably need to park quite a distance from the festival. 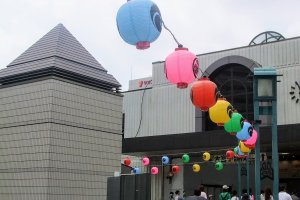 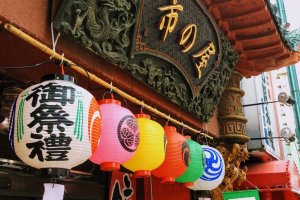 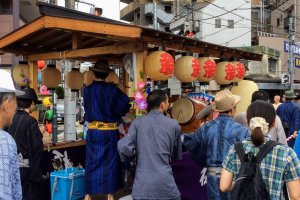 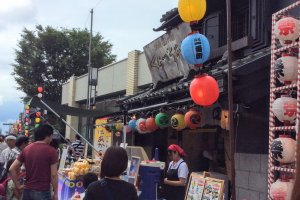 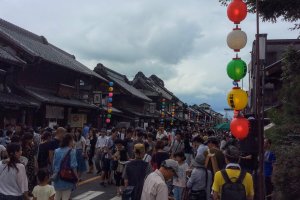 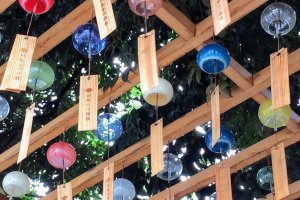 Kim 3 weeks ago
This looks like a fun summer event! Hope you're doing well Lynda!
Reply Show all 0 replies

Diana Apodaca a month ago
Wonderful article! Thank you so much!
Reply Show all 0 replies

Elena Lisina 3 years ago
The weather cast shows rain on those days... :(
Reply Show all 0 replies

Elena Lisina 3 years ago
I plan to visit this festival, but I bet it's more wonderful at night when lights are on, but on the same days are Sumidagawa fireworks festival and Kashiwa festival, too! How to catch all?!!! :D
Reply Show all 4 replies

Lynda Hogan Author 3 years ago
We are spoiled for choice! Unfortunately the million lights festival is best on the Saturday night when the Sumidagawa fireworks are on. There are fireworks on in Saitama that night too, if its any help. Both are smaller than Sumidagawa though. The ones in Koshigaya launch about 5000 fireworks. In Ogawa they are even smaller again, but that is a lovely local festival for tanabata so you can see the tanabata streamers: http://insaitama.com/event/ogawa-tanabata-festival-fireworks/
Reply

Elena Lisina 3 years ago
Thank you very much! I plan to visit Kawagoe million lights festival on Sunday, 28th, but why it is better on Saturday? Please, can you tell how much time it takes from Kawagoe St. to Ogawa St.? I saw some gorgeous Tanabata decorations in Sendai.
Reply

Lynda Hogan Author 3 years ago
Hi Elena, I'm so sorry, I missed this comment - just saw it today. It takes about 30 minutes from Kawagoe to Ogawa. You can get a train at Honkawagoe station, right beside the festivities, and transfer at Higashimurayama station. Both days of the festival are brilliant, its just on Sunday it winds down earlier. Saturday evening is when the floats are lit up around 5 pm. You can see the floats on Sunday too, but not as late. But if you are going to see the fireworks on Saturday in Ogawa, you'd probably be leaving around 6 pm anyway.
Reply

Elena Lisina 3 years ago
Hi, Lynda! Thank you very much for the reply! My plan is first to travel to Ogawamachi by Tobu Tojo Line from Ikebukuro, after Ogawa to Kawagoe and must be back to Tokyo not too late because I leave for home on Monday morning. On Saturday I want to catch one more festival - Kashiwa Matsuri, and then come back to Tokyo for Sumidagawa hanabi. Big plans!!! :D
Reply
8 comments in total