A colorful and classic way to celebrate summer in Japan

The sound of summer in Japan is often best encapsulated by the tinkling of wind chimes, delicate creations that can be found hanging above verandas or from the eaves of temples. In the Tokyo area, there’s no better place to experience the charms of a wind chime festival than in the historic city of Kawagoe.

Kawagoe can trace its lineage back several centuries, to when the town bustled with merchants plying their trade in the nearby capital of Edo (now Tokyo). Many former shops and storehouses have been carefully restored, making the town’s historical district a popular destination for travelers to experience a taste of old Japan.

The Hikawa Shrine, located on the edge of Kawagoe City, will celebrate the summer with a large-scale Enmusubi Wind Chime Festival. The shrine itself has a history of nearly 1500 years, but the festival is a recent creation, dating back only to 2014. Despite its relatively short existence, the festival has been visited by around 100,000 every year since its inception.

During the festival, the shrine grounds are divided into multiple sections, giving visitors plenty to explore. One of the highlights of the event is the Furin Komichi, or ‘wind chime lane”, a path strewn with scores of delicate glass bells in nearly a dozen colors. The similar Furin Kairo (“corridor of marriage wind chimes”) features the wishes of worshippers that have been written on thin wooden strips and attached to the bells.

The goshinsui water (offered to the Gods) that flows through the grounds of Kawagoe Hikawa Shrine will be lit up to reveal the 'Amano gawa no, Negai Goto' (Prayers of the Milky Way), which will illustrate the tale of the union between the Vega and Altair stars. In this area, visitors can enjoy a sense of peace that radiates from the Takemari Furin Objet d’Art, where bamboo ornaments produce shifting patterns of light and shadow.

The festival runs daily from 9am to 9pm, giving visitors the opportunity to experience the wind chimes in both daylight and dark. Kawagoe also boasts numerous other sites, including Penny Candy Alley – perfect for those with a sweet tooth – and the numerous shops and restaurants of the nearby merchant district. Don’t leave without snapping a photo of the town’s famous Toki no Kane, or Time Bell, standing proud on the city skyline as it has done for over 400 years. 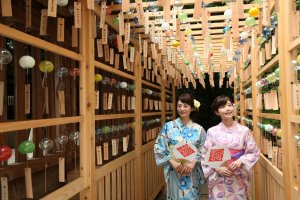 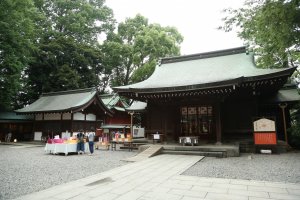 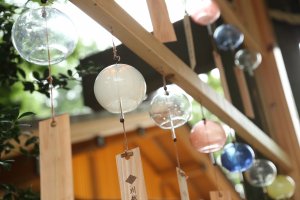 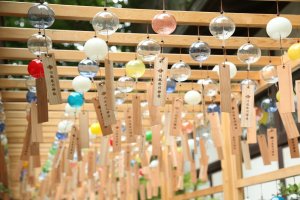 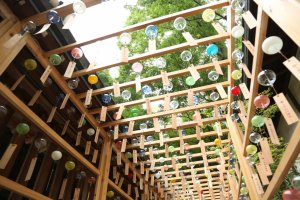 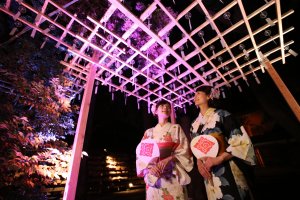 Kim 3 years ago
So pretty!
Reply Show all 0 replies

Lynda Hogan 3 years ago
I have visited this display every year since its inception and I still find it refreshing! They had a special display in May with red and white chimes to commemorate the new Emperor and it was the most beautiful to date. Well worth a visit for anyone in the area.
Reply Show all 1 replies

Elena Lisina 2 years ago
I had to skip it because it was too hot, alas! :( Maybe next time...
Reply

Elena Lisina 3 years ago
It's magic!!!
Reply Show all 0 replies

Victoria Vlisides 6 years ago
Japan Really does have a festival for everything!
Reply Show all 0 replies