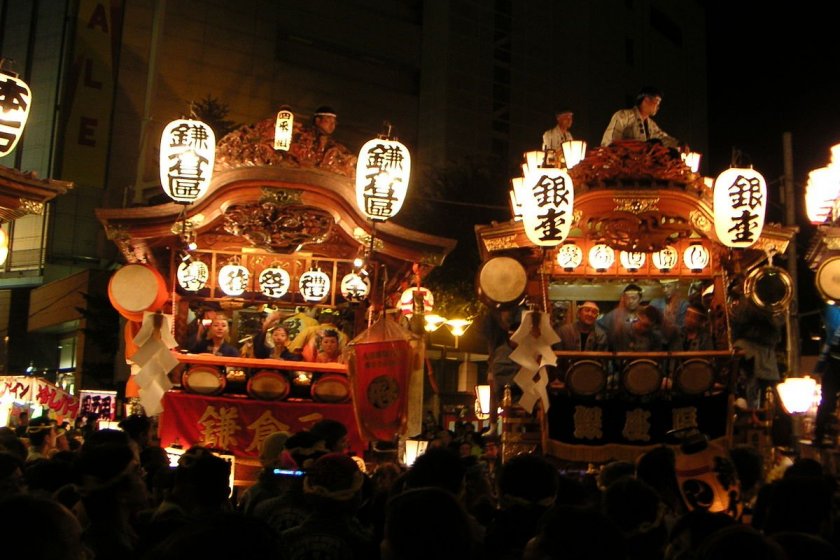 The Uchiwa Matsuri, possibly the largest of Saitama's summer festivals, is held in Kumagaya, just north of Tokyo in Saitama Prefecture.

With a history dating back to 1750, the three-day festival in July attracts over 750,000 revellers and is one of the region's most popular summer events. The festival name was coined in the early 1900s as part of a gimmick whereby by local vendors would hand out uchiwa fans in order to attract more customers. These fans are a traditional hand-held ones and are still used throughout Japan to ward off the summer heat. With Kumagaya summers being memorably warm, this arrangement worked out well for everyone.

Along with the street stalls, mikoshi portable shrines and Japanese drumming, what sets the Uchiwa Matsuri apart is the energy of its 12 massive parade floats. The floats' extravagance stemmed from the festival coinciding with a boom in the silk industry in days past. Flaunting their wealth, merchants would compete with each to develop and show off the most flamboyant and opulent floats. The result is what you see today.

Different events during the festival are held on different days so please the official website for details. 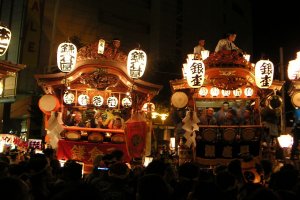 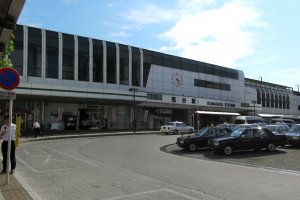 Kim 2 years ago
Love the summer festival season! So many great events...literally something to do every weekend!
Reply Show all 1 replies

Sleiman Azizi Author 2 years ago
No excuse for visitors to be bored, right?
Reply