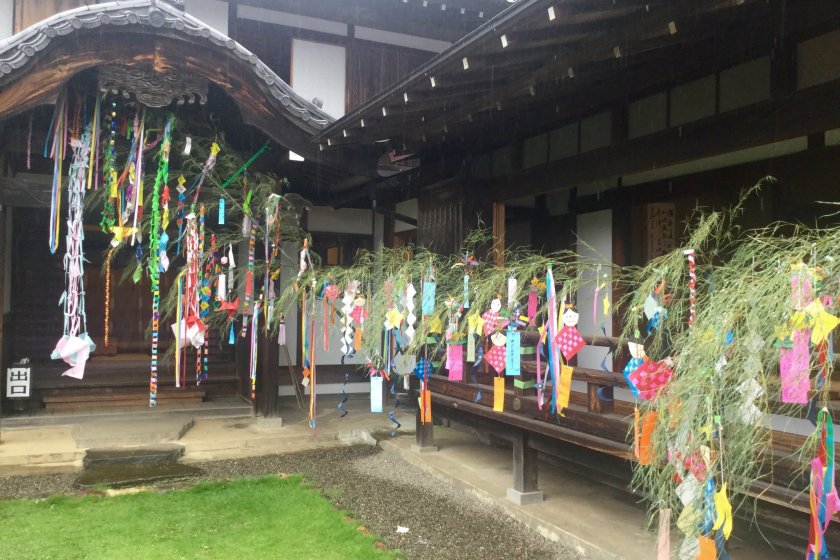 Wishes written on small pieces of paper and hung on bamboo branches.

Music has the uncanny ability to stir emotions and make your soul soar. It is a most suitable way to celebrate a festival that's inspired by a Chinese folklore of star-crossed lovers. The story goes that Orihime, a weaving princess, and Hikoboshi, a cowheard, instantly fell in love and married. Orihime's father, Tentei, however, became angry when Orihime can no longer weave for him and Hikoboshi let his cows stray. Tentei separated the lovers, but Orihime begged her father to let them meet. Tentei relented and allowed them to meet on the 7th day of the 7th month. Children write their wishes on strips of paper and tie them to branches of bamboo, which becomes the traditional decoration for the festival. The branches are also often decorated with origami stars and long paper cuts that represent the milky way.

In Hidaka, the historical Koma Old Town House is transormed into a music hall where the local junior high school orchestra play traditional and popular music. In previous years when the weather was good, the house itself becomes the stage and the audience sit in the spacious garden. However this year, due to the rains, half the audience were crammed in the entrance of the house and the other half under tents in the garden.

According to legend, rain on this day unfortunately means that the river that separates Orihime and Hikoboshi has risen and the magpies couldn't come to make a bridge with their wings. The lovers must wait another year to meet. Thus, rain on this day is referred to as "the tears of Orihime and Hikoboshi." To me, the music of the middle school orchestra sounds especially wistful, accompanied by the soft patter of raindrops.

The Koma Old Town House is about a 15 minute walk from Koma Station served by the Seibu Chichibu Line. Ample parking spaces are available within the grounds and also opposite the road. 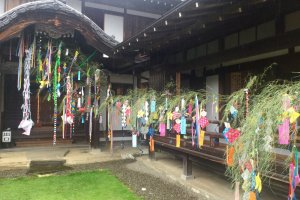 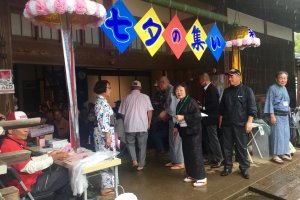 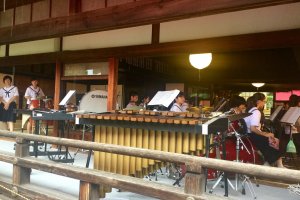