A mountain for all seasons 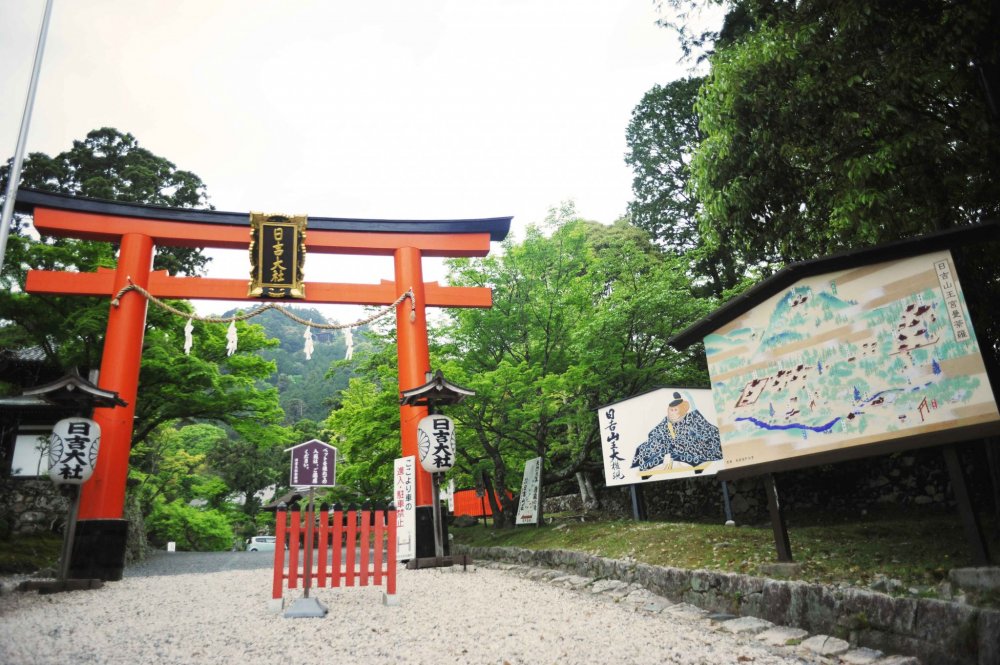 Entrance to the Hiyoshi Taisha Shrine at the foot of Mount Hiei. Stairs leading to the mountain path lie to the left of the torii gate 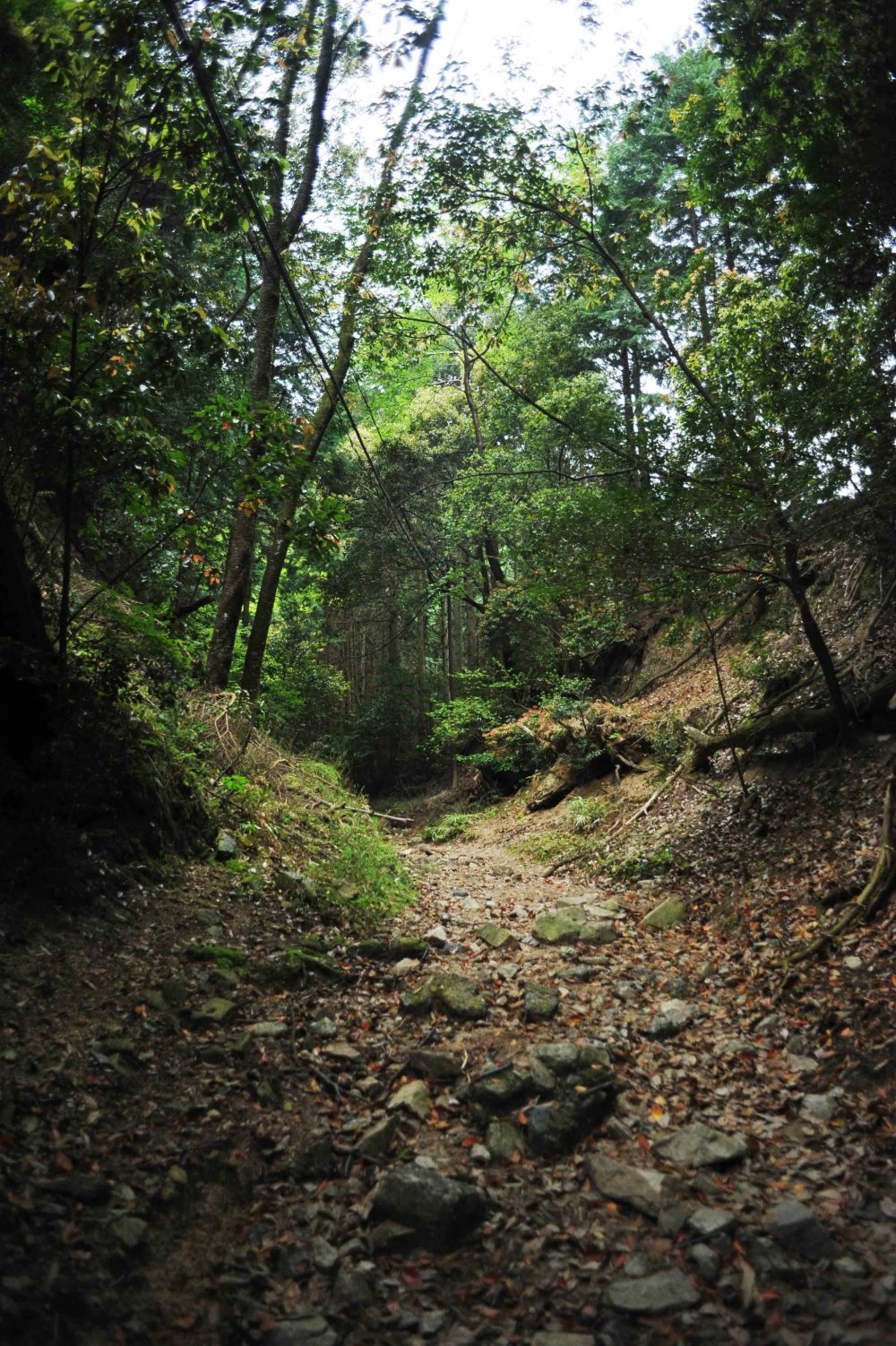 The path up the mountain 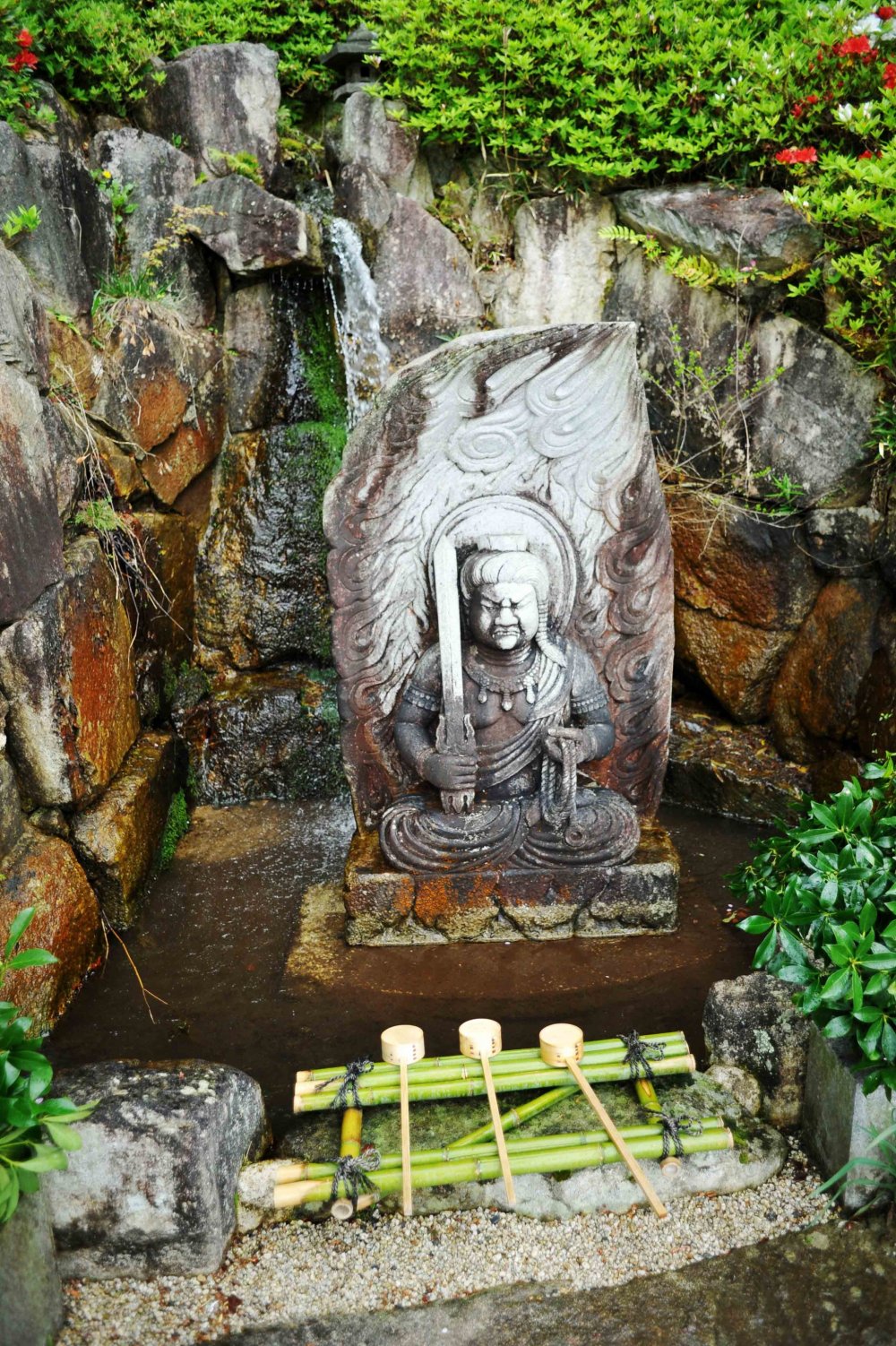 An unusual tsukubai, or wash basin 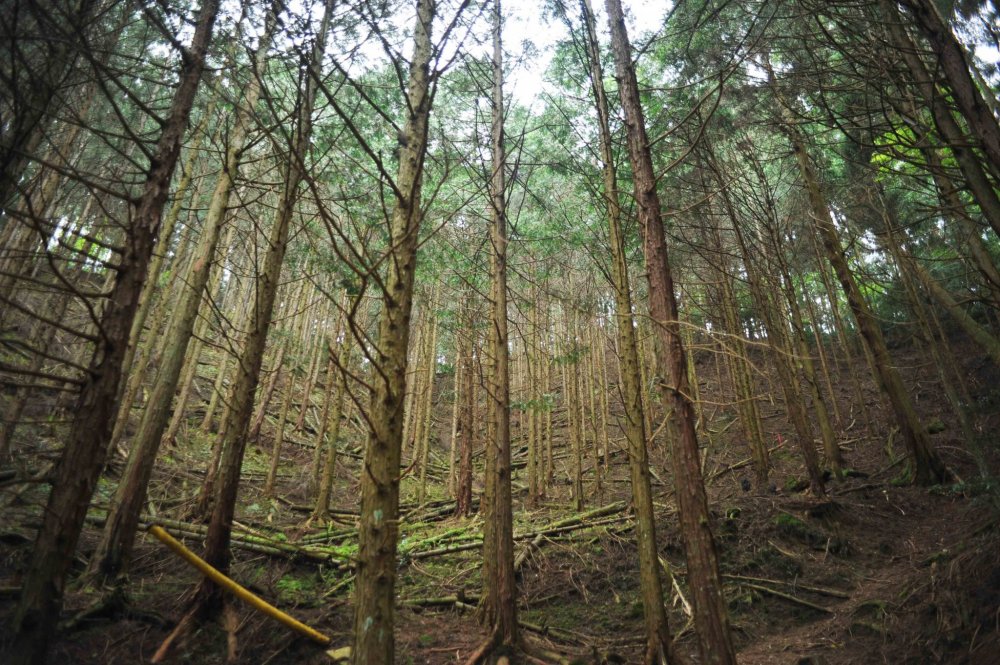 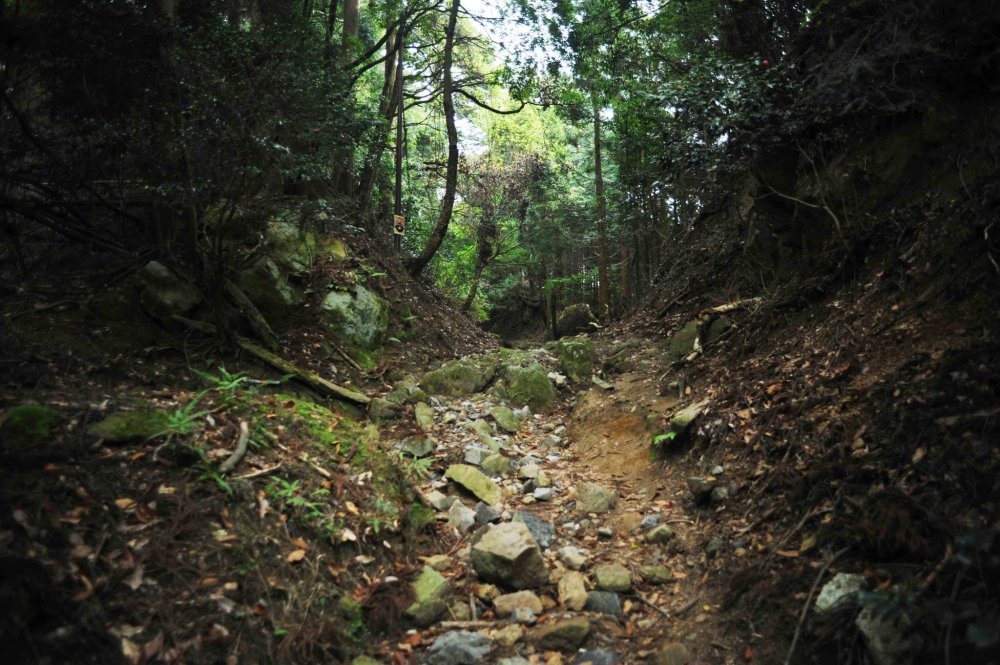 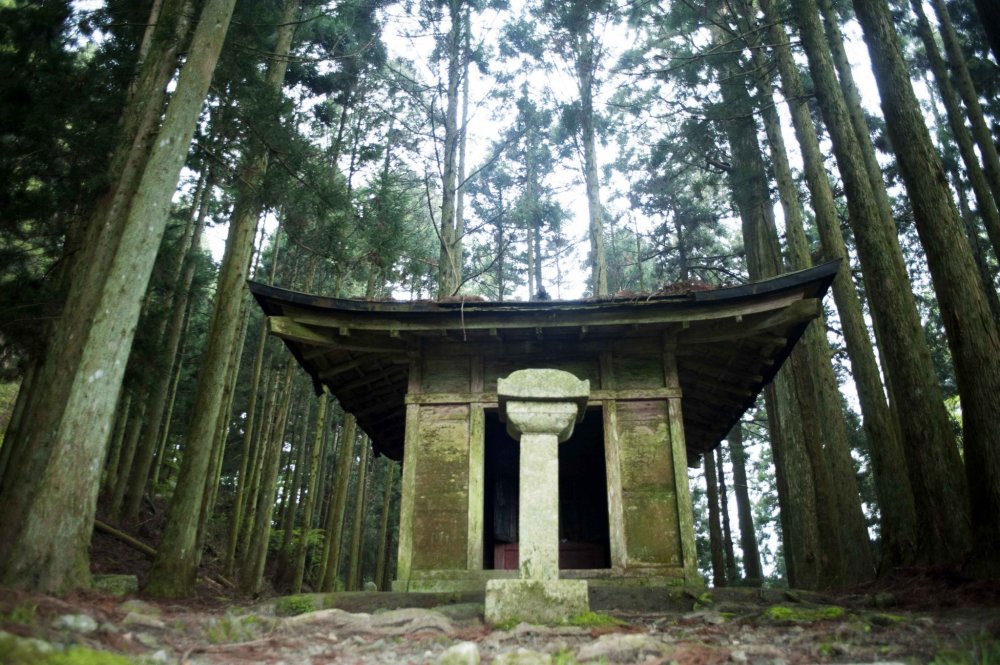 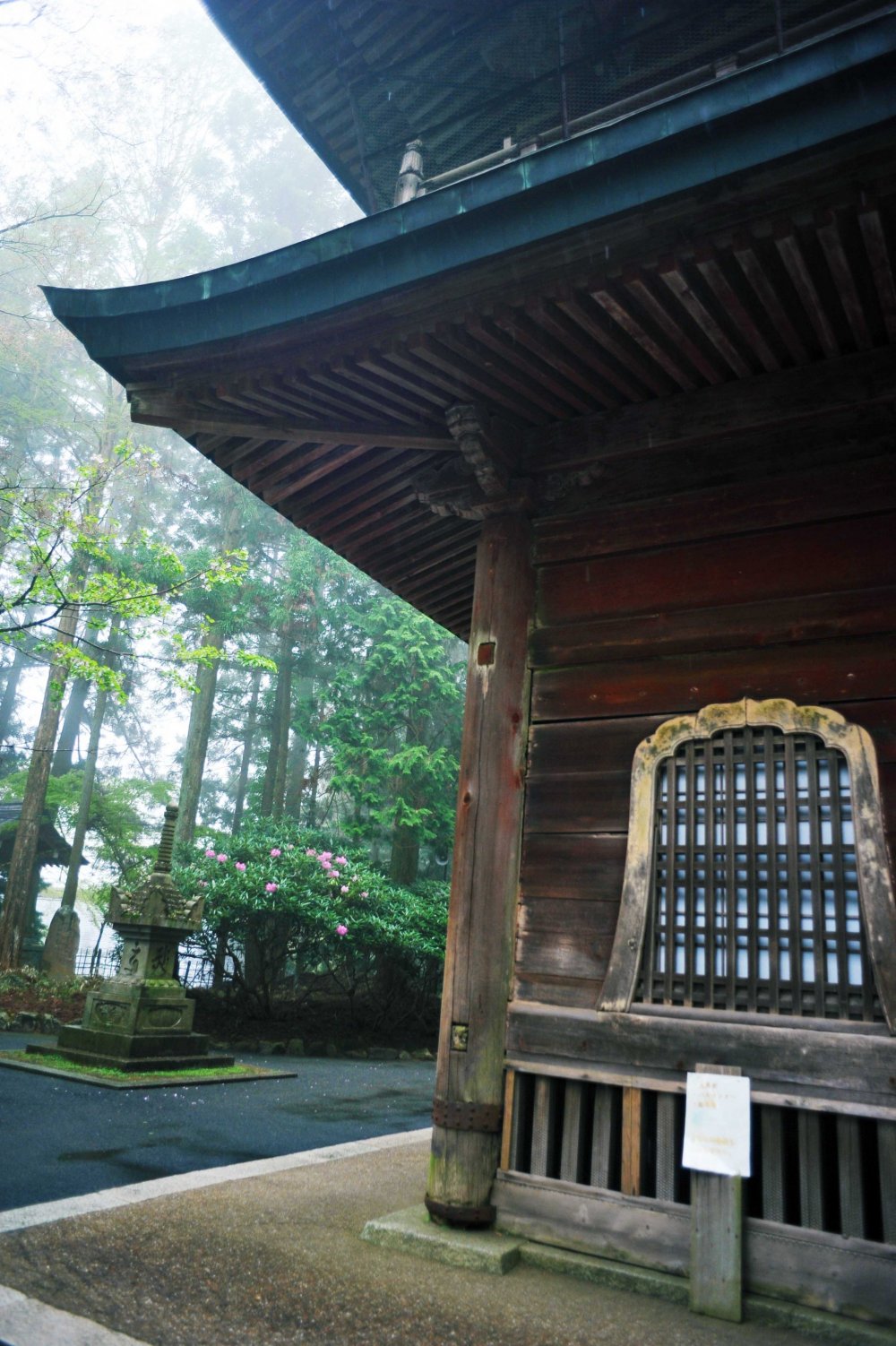 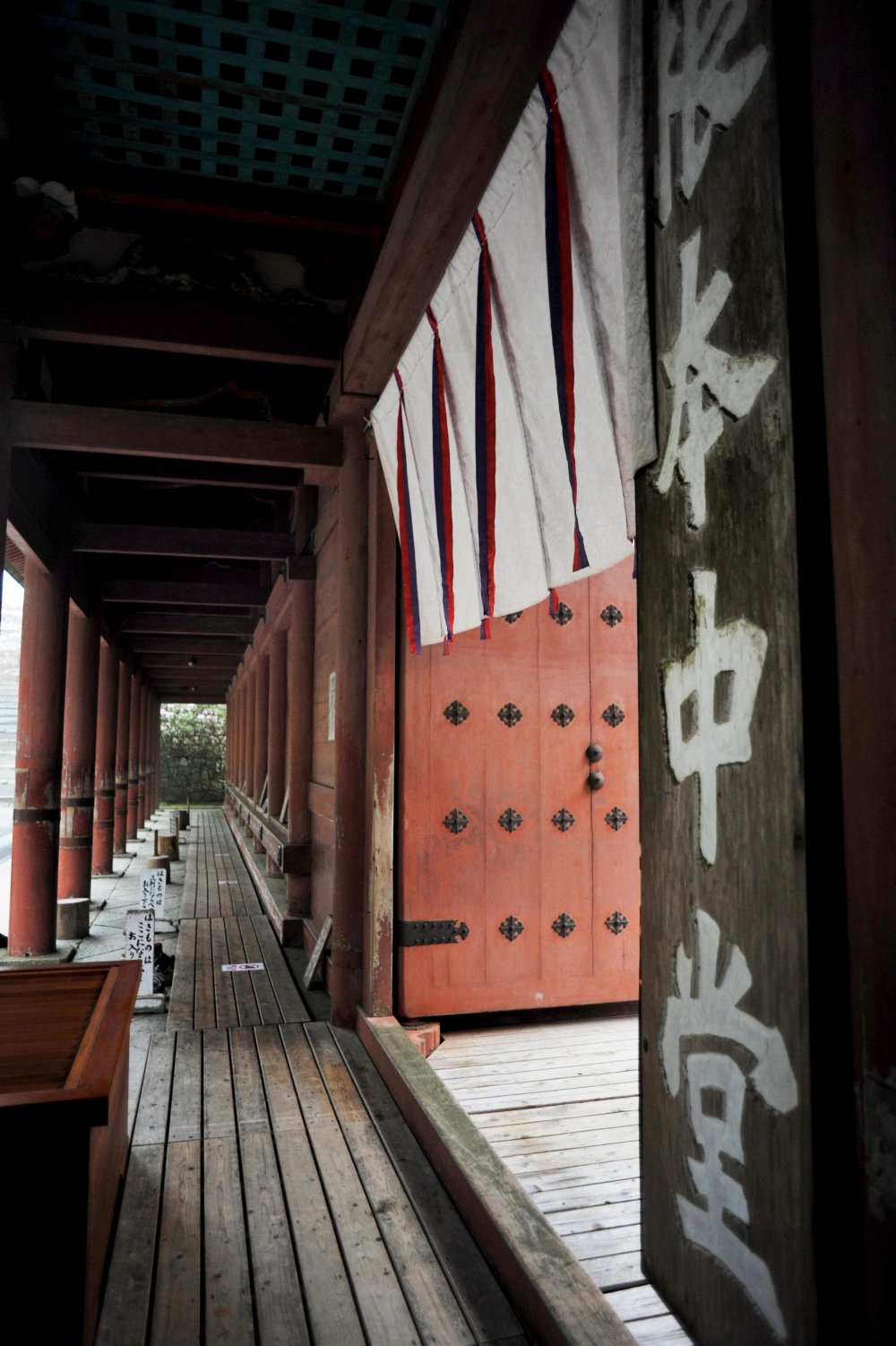 The entrance to Konpon-Chudo, the primary central hall of Enryaku-ji 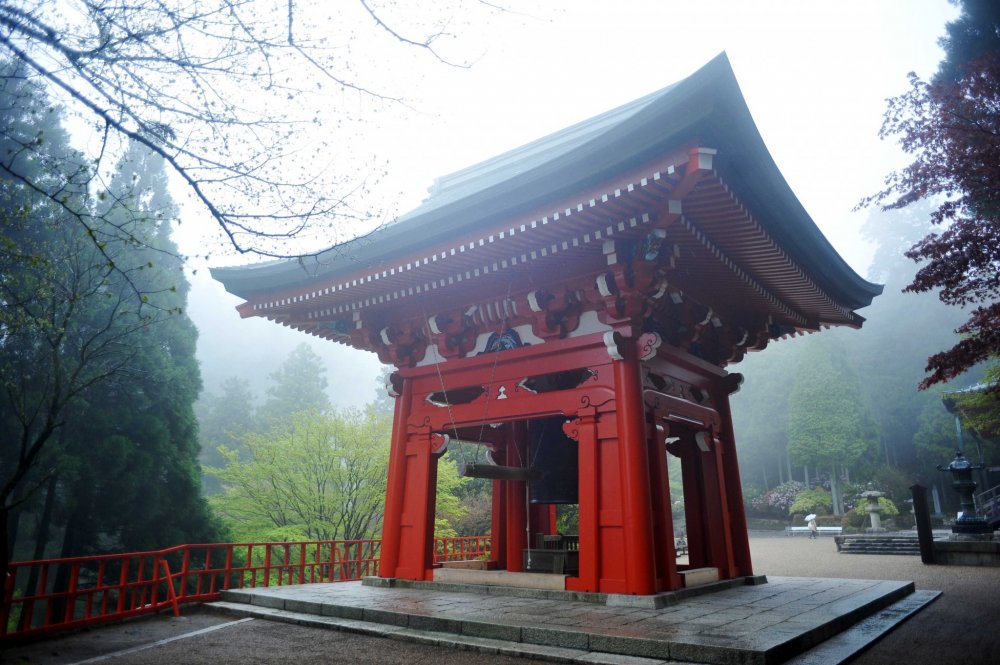 The Sho-ro pavilion houses the giant bell of peace 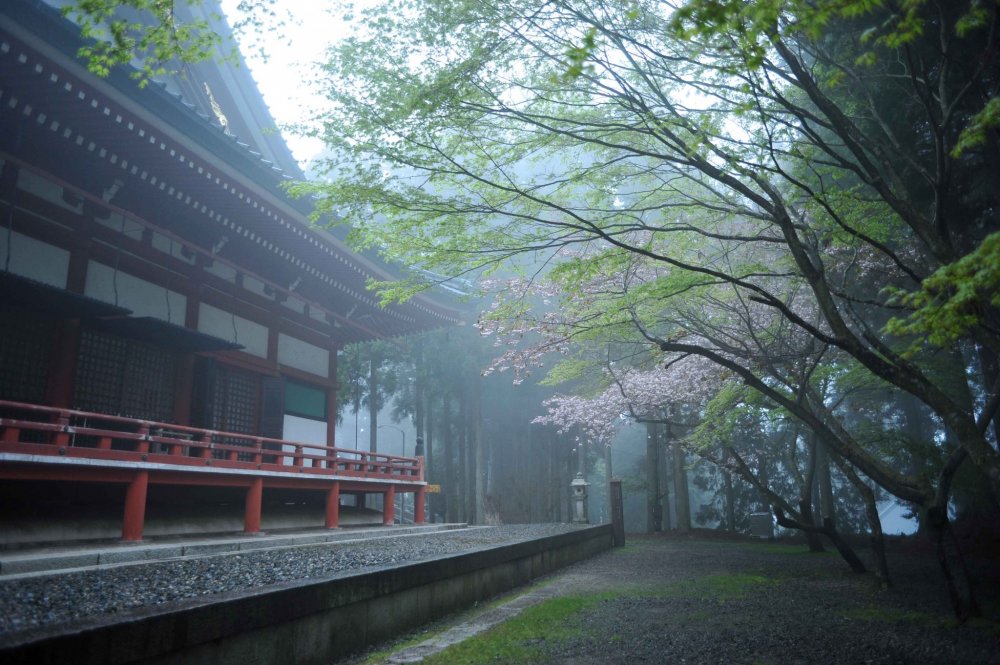 Lecture hall, Daikodo, and the last of the cherry blossoms 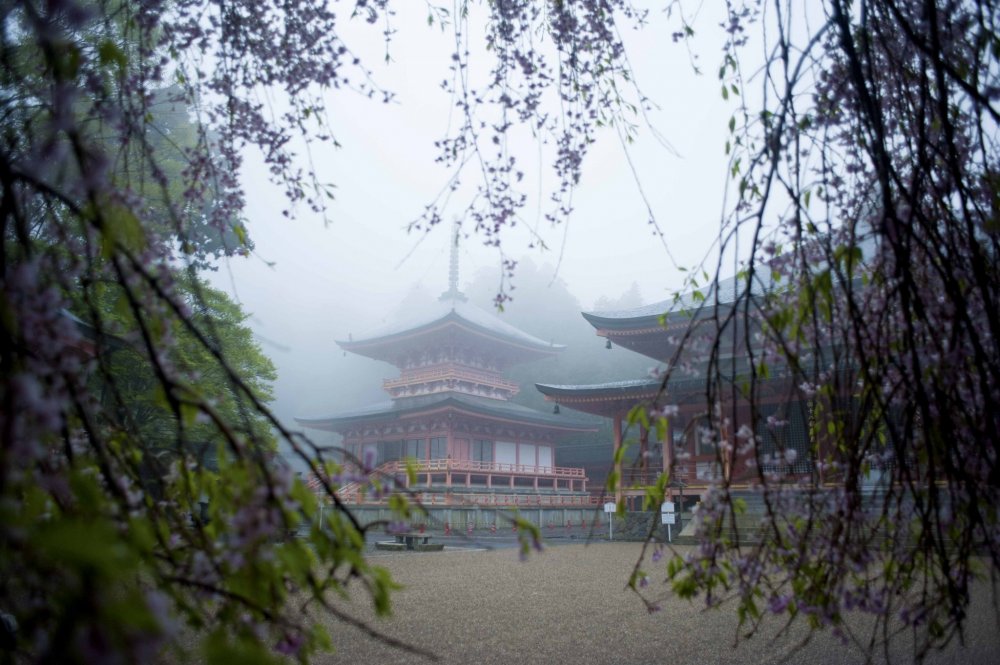 A misty day on the mountain

An illustration of Mount Hiei 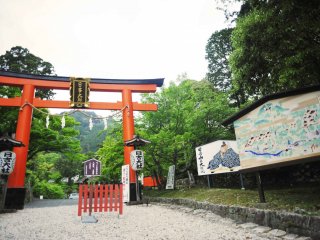 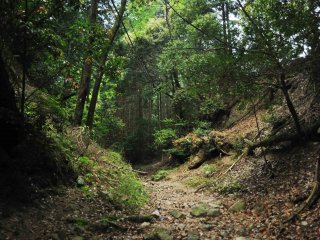 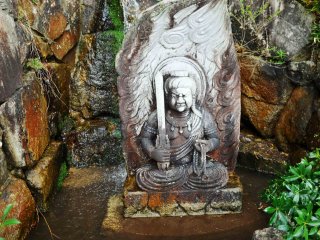 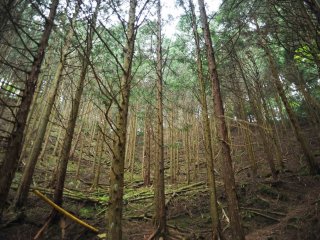 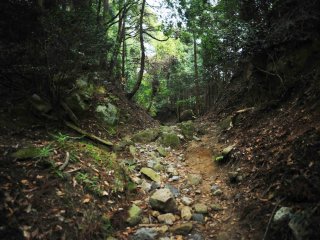 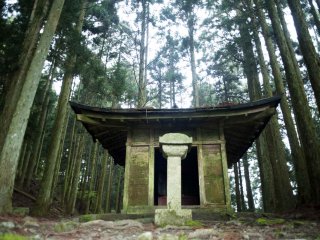 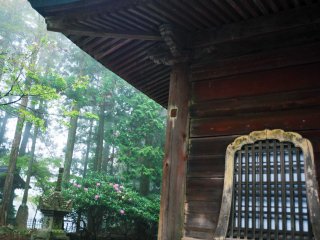 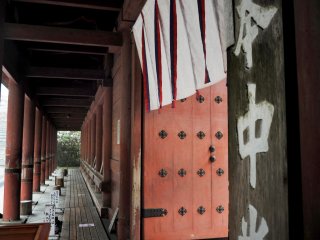 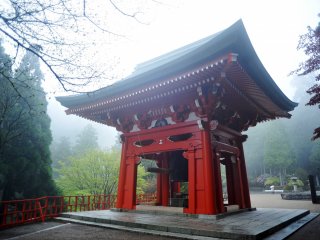 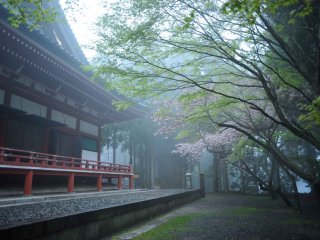 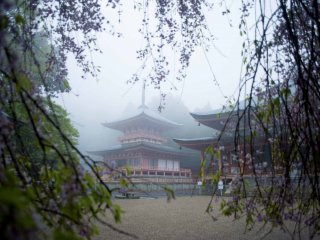 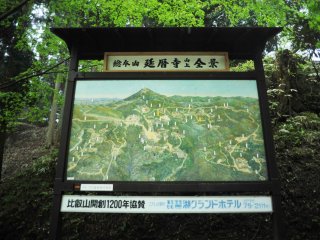 The main hall at Enryakuji is undergoing a ten-year program of renovations that began in 2016. The main hall itself can still be entered, though it is largely covered with scaffolding through the renovation project. More > Note the opening hours vary by location within the temple.

Mount Hiei lies to the northeast of Kyoto, straddling Kyoto and Shiga prefectures. The mountain is considered sacred, and at its summit lies Enryaruki-ji, a World Heritage Site where the Tendai sect of Buddhism was founded in 785. In classical Japanese writings, when writers referred to a mountain, it is usually Mount Hiei, the sacred Buddhist land.

There are several ways to get to the summit, including riding a cable car. On a cool and wet day, I decided to go on a hike following a path outlined in this story. The inclined path is more than an hour's walk up, and I passed moss-strewn stones and elegant Japanese cypress trees along the way. There was no one else on the path, except for one other lone hiker on his way down. The path took me to the back of the temple complex, where I then explored the sprawling area. In the persistent light rain, a mist had rolled in, partially obscuring the temples and shrines, adding to the ethereal experience of this serene place.

Find out more about Enryaku-ji Temple.

Odilia Sindy Okinawati 4 years ago
Missed Enryakuji when I was in Kyoto. Thanks for your images which help me depicting Enryakuji!
Reply Show all 0 replies
1 comment in total

Odilia Sindy Okinawati 4 years ago
Missed Enryakuji when I was in Kyoto. Thanks for your images which help me depicting Enryakuji!
Reply Show all 0 replies
1 comment in total