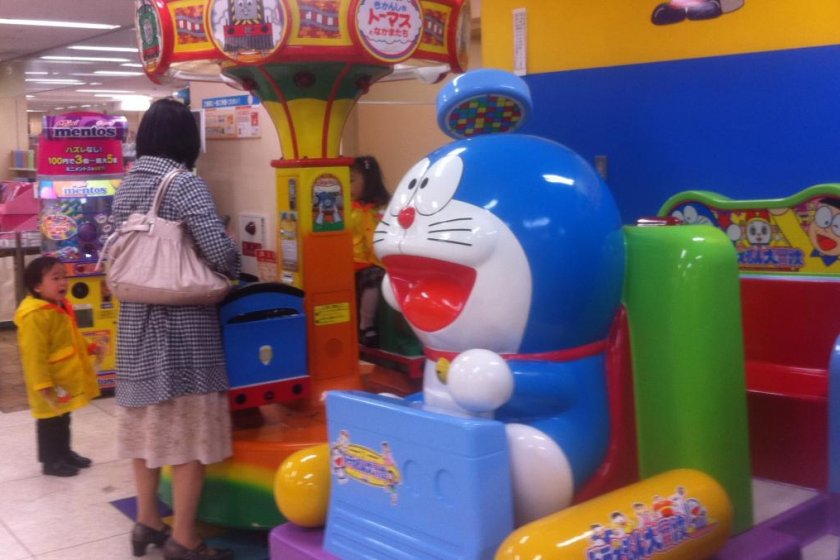 Fun for kids of all ages plus free parking

When I was a kid, I wanted to be a bus driver when I grew up. I would use the round Danish cookie tin lid as the steering wheel and pretend that the bunk bed was a bus. I would know every bus route in the city, much to my dad’s annoyance who would’ve preferred me to study the multiplication tables rather than the bus timetable. Whenever I was in the department store I would look longingly at all the yellow, blue and red buses behind the glass display case, wondering which one I would get as a prize if I pass that dreaded mathematics exam. By the end of elementary school I accumulated a fleet of blue and white buses; so many that I could run my own bus company.

I don’t know why I was so into buses, maybe it was because I caught buses to school and to see my grandparents on the weekends. Perhaps if I lived near the train line, I would have wanted to be a train driver instead.

Now that I have found the indoor play land at Seiyu Mall, I don’t need to use a cookie tin lid as a steering wheel again. They have ride on trains and other vehicles, with realistic instrument panels and painted in real JR livery! There are also ride-on cars with shiny chrome grilles and super realistic headlights and indicator lights. I can bring my friends here and we can all enjoy play acting and go back to the charm of childhood. I can imagine children having hours of fun here, there are also table hockey sets, funky play photo machines, and the hard to resist toy remote control crane game, where you can try endlessly for that elusive toy or gift that seemed so easy to pick up.

Then again you can try the drumming games with funky music, though slightly annoying if you were to hear the same tune for the fiftieth time. Kind of like the scene in “Lost in Translation” when the cool teenager tries to look good in front of his girlfriend.

Long time ago, in most department stores, there is a children’s play center, often on the rooftop level. They would have mini merry go rounds and lots of other harmless rides, all dressed up in kindergarten friendly yellows and pastel greens. I remember seeing one ten years ago in Tennoji, and also one on top of the Takashimaya in Namba. These days these are a lot harder to find, and if you are trying to keep kids entertained on a rainy road trip, finding one can be a lifesaver where the kids can run off steam while you grab a donut or takoyaki break nearby.

The Seiyu Mall at Minaguchi is just off the Shin Meishin motorway ramp between Nagoya and Kyoto and is a great way to have a break, or catch up on some supermarket or department store shopping. 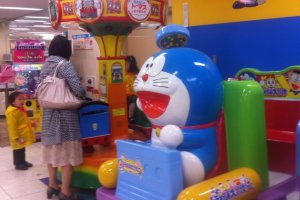 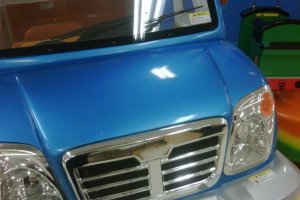 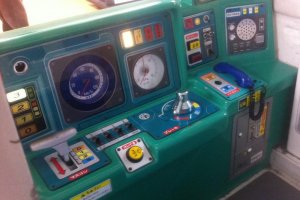 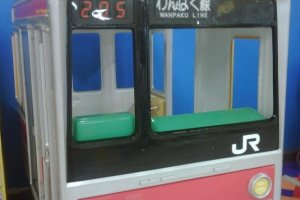 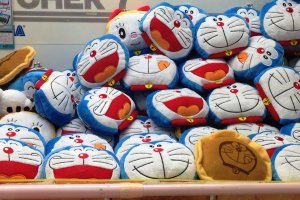 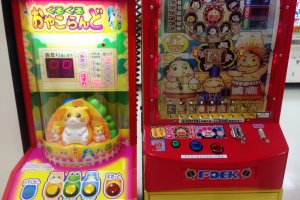