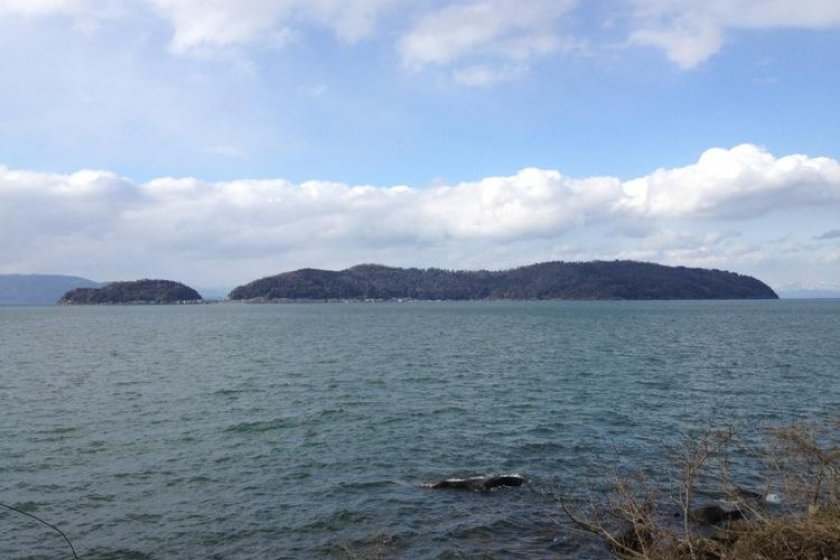 Island of the Seven Ancient Samurai

Okishima, the only inhabted island in Lake Biwa (Photo: PPF)

Lake Biwa is Japan’s largest natural freshwater lake, and having been formed some four to five million years ago, is believed to be the world’s oldest lake. Shaped like a four stringed Chinese lute, a biwa, and hence it’s name, Lake Biwa is known as the Inland Sea, covering a surface of some 674 square kilometers.

Within the lake are a number of islands, one is Okishima. Two kilometers off the eastern shore, Okishima is unique being the only inhabited lake island in Japan, and it’s long history is even more unique. Some 70% of the current 450 residents make their living from fishing the lake, and are all descended from a group of seven samurai who lost an ancient battle!

In the mid 12th century, between 1156 and 1159, a civil war was fought over Japanese Imperial succession between the supporters of Emperor Go-Shirakawa and the retired Emperor Sutoku. Members of the leading noble warrior families, the Minamoto, Fujiwara and the Taira took sides against each other in a bloody series of battles that would lead to the first of Japan’s three samurai-led governments, or shogunates.

Seven samurai defeated in the Hogen No Ran, a major skirmish fought around Kyoto escaped with their families to the small island, where they were soon forgotten. There they remained in hiding, and their descendants have continued to live on the island, where even today, the majority of residents share one of seven family names, Nanbara, Ogawa, Nishi, Kitabe, Hisada, Nakamura and Chatani.

Following World War Two, when the occupational forces banned possession of weapons, the residents of the island threw the last remaining relics of their ancestors, swords and surviving parts of their 12th Century armor into the lake. Nothing remains but memories.

Small ferries make trips from Horikiri New Port out to the island about eleven times a day on weekdays, and operates nine services per day on holidays. A one-way trip from Miyagahama in Omihachiman costs 500 yen and takes about 15 minutes.

Life on Okishima is slow, and the mostly elderly residents seem to shun development, preferring to preserve their slow way of life. There are few roads, and very few motorized vehicles, most get about by foot or by bicycle. By foot is the best way to explore Okishima.

The view from the top of the island is amazing, and you can see why Lake Biwa is called the Inland Sea, and you’ll soon understand why the ancient samurai chose Okishima for their self imposed exile. A walk around the island takes you through some virgin forest and pristine nature. The township admittedly really doesn’t have a lot to offer, although walking the extremely narrow streets reveals a lot about island life. Keep your eyes open for the “Stone Gods”. Almost every household has a Jizo (protector of children) statue, or a large stone in lieu of a carved effigy near the home. Once a year, the stone gods are brought into the houses and treated as one of the family.

There really isn’t much to see on the island except for the port, a shared warehouse for storing fishing gear, a primary school, post office, a small community center and a tiny food processing plant. There is a small museum, but the exhibits are few, and there is nothing relating to the islanders glorious past. There are two places to stay, but conditions are rudimentary. Likewise there are no attractions, restaurants or cafes. Nothing apart from great views, and the shy, but proud people, with the blood of the ancient samurai coursing through their veins. 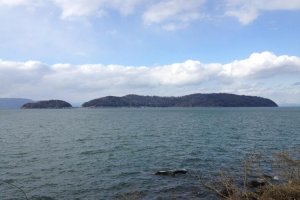 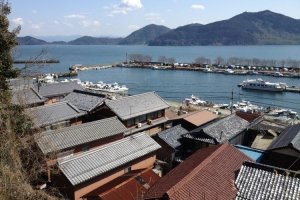 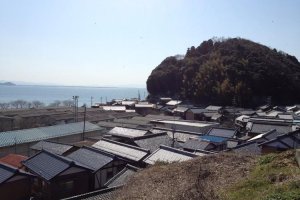 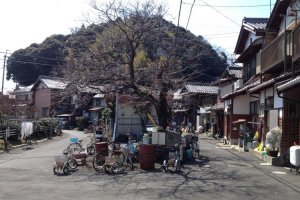 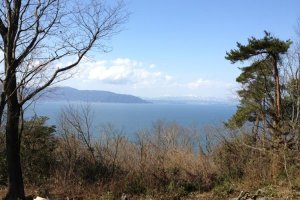 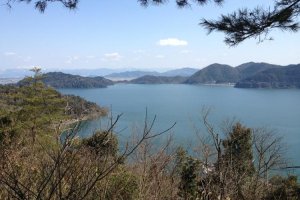