Initially built using stone walls in 1575 by feudal lord Hideyoshi Toyotomi, Nagahama Castle was destroyed in 1615. The town used to be called Imahama, but was renamed to Nagahama, after Hideyoshi’s lord Nobunaga. There used to be a port, where ships could enter the castle directly. Though demolished, parts of the original castle walls and moat structures were used in the construction of the nearby Hikone Castle and Daitsuji Temple. Only a stone wall and well remained from the ruins. Now designated as a national historic site, an imitation of Nagahama Castle was rebuilt in 1983 using concrete.

Located on the east side of Japan’s biggest lake, Lake Biwa, beautiful cherry blossom trees surround the castle. At the entrance, there are the unique souvenirs for sale. Jigsaw puzzles, postcards, key chains, photo frames, books, cloth bags, and even a model of the castle itself. Brochures and leaflets on the castle as well as Nagahama City are useful for planning the day’s itinerary.

On the second and third floor of the castle, the History Museum features permanent exhibits relating to Hideyoshi Toyotomi and the history of Nagahama City. Every one to two months, the temporary exhibits are changed. Topics relating to Hideyoshi Toyotomi, the area’s culture, the battle of Shigatake in 1583, life during the Sengoku Period (a period in Japanese history marked by social upheaval and military conflict), and more are displayed in great detail. Although all of it is in Japanese, the exhibits are pretty and attractive, and worth taking the time to admire.

Many people head straight up to the fifth floor, the top most accessible part of the castle. At a height of 30 meters above sea level, sweeping views of the vastness of Lake Biwa can be appreciated from the top. The area below is a large park, and a top-down view from the castle is amazing especially during the cherry blossom period 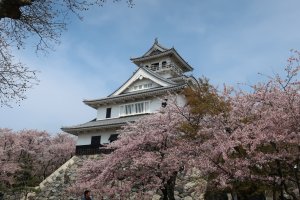 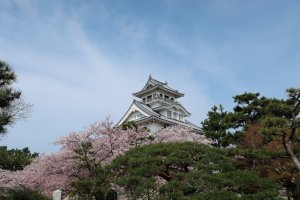 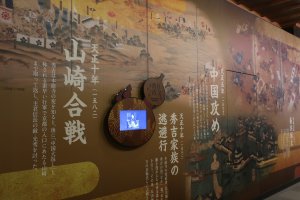 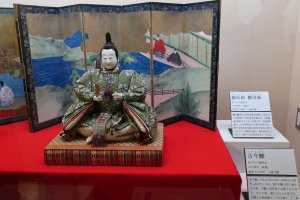 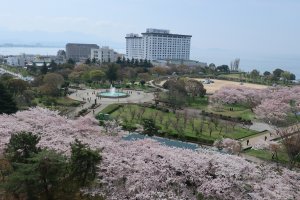 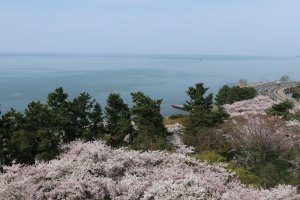