Soba restaurant with a view of Lake Biwa

Many family run restaurants are known for their almost martial art like focus. They specialise exclusively on one dish, and make the same dish for decades, passing their recipes down from generation to generation. Some people travel half way across the country just to have lunch at Honke Owariya, Kyoto's oldest soba restaurant.

Shiga Prefecture’s Shirahige restaurant is no different in this regard. They are passionate about their soba, and serve this simple dish in a multitude of ways. Served hot or cold, their devotion to this staple Japanese dish is shown in their daily ritual of freshly making the noodles.

Their in-house cold soba special was refreshing, and was served with white spring onion, fried bean curd skin, and lots of sesame seeds. They had their own in-house sauce to be mixed into the soba, and you could add some chilli oil, which was not too spicy. Another popular cold variation was soba with Shiga's well known Omi beef.

The warm soba can be enjoyed with Omi beef, spring onion and fried bean curd skin, dried Herring and spring onion, or with a medley of wild vegetables, to name a few. Many customers accompany the soba with Saba Sushi, one of the iconic dishes of Shiga Prefecture, which is also available as a take away option.

It is easy to order, but as there is no English menu, it is recommended to bring along someone who reads Japanese. Choose the type of soba you want, and then have it a-la-carte, with a set of Saba Sushi, special Saba Sushi, rice bowl, or with Inari Sushi, which are available in limited quantities each day.

The restaurant takes full advantage of its scenic views on the western shores of Lake Biwa, so I recommend you sit at the counter, have your meal and watch cars passing by in front of the peaceful lake. Afterwards, grab a cup of coffee and enjoy the views from one of the deck chairs on the veranda. 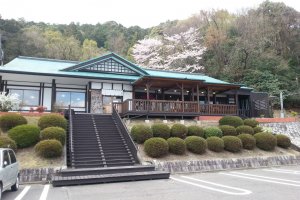 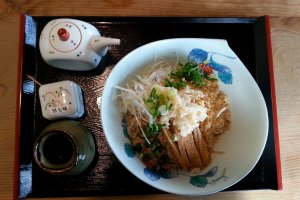 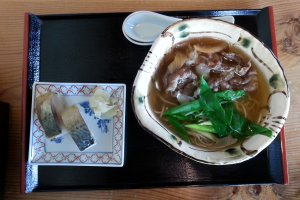 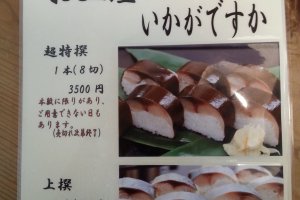 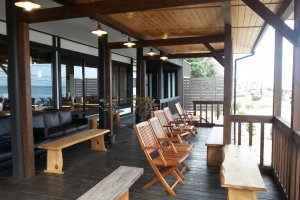 Kim a year ago
The soba bowl with beef looks so delicious!
Reply Show all 1 replies

Amanda Ho Author a year ago
Yes, it is a local shop!
Reply
2 comments in total