Home of Izumo-Taisha, Matsue Castle and the Oki Islands

Shimane ranks low on Japan’s prefecture list in terms of population, but scores high on historic sites and cultural activities. This long narrow region, bordering both mountains and the Sea of Japan, offers visitors everything from a castles to ancient shrines to one of the best gardens in the nation.

Most travelers begin in the prefectural capital of Matsue, with its original castle and beautifully preserved samurai quarter. Famous Irish-Greek writer Lafcadio Hearn once called Matsue home and a small museum dedicated to his life can be found in the Buke Yashiki, or former samurai district. The district is just a short walk from the castle keep, one of the few fortresses in Japan with a black exterior. You can also see the castle from a boat cruise on the old moat, the perfect activity in spring when the cherry blossoms are in bloom.

Some of the prettiest gardens in Japan can be found in Shimane. On the outskirts of Matsue, the garden of the Adachi Museum of Art is frequently hailed as the top garden in Japan. With multiple sections highlighting different techniques – from landscape gardens to rock gardens to an intimate moss garden – a visit here is a must. The Yushien Garden, located on an island in Shimane’s Lake Nakanoumi, is another beautiful escape. In April, thousands of peony blossoms are floated on the garden’s ponds.

Shimane is often considered one of the cradles of Japanese myths and legends, many of which can be traced back to the Izumo Shrine in the northwestern part of the prefecture. The primary god enshrined at Izumo Taisha is allegedly responsible for the creation of the Japanese islands. In November, the shrine holds a “reunion of deities” – the eight million gods in the Shinto religion supposedly converge here for ten days in late autumn and the shrine holds a large festival to celebrate the event.

On the far reaches of Shimane Prefecture, the small town of Tsuwano boasts another important shrine. The Taikodani Inari Jinja is one of the top five Inari shrines in Japan and boasts an atmospheric tunnel of hundreds of vermillion torii gate. Tsuwano’s old town also makes for an enjoyable wander, with numerous old buildings and carp-filled canals that run along the edges of the streets. Shimane is also home to the UNESCO World Heritage Site of Iwami Ginzan, a silver mine that supplied Japan for nearly four centuries.

Shimane Prefecture has several notable specialty foods. Diners in Matsue can feast on Shijimi clams, seafood that’s sourced from the neighboring lake. The Izumo region is known for its soba, where the sauce is poured right on top of the noodles rather than served on the side. When the Izumo Shrine holds its annual reunion of deities, you can also enjoy jinzaimochi (mochi for the gods).

Whether you’re looking for castles or crafts, ancient shrines or seasonal flowers, Shimane Prefecture has it all. 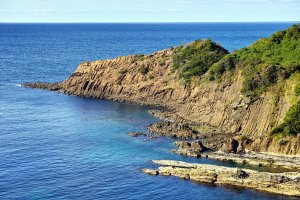 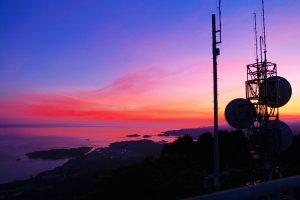 Kim a year ago
I’ve only been to Izumo and Matsue but would love to go back and explore more of the Prefecture. Loved what I did experience!
Reply Show all 0 replies
1 comment in total