A wealthy family entrusted with the imperial copper mines

Hori Mansion and Garden is the legacy of a wealthy family that had a influential business and cultural interest but was tied down deep inside the Japanese mountains.

The copper mines of the emperor made the family wealthy, which they used to build a spacious home and a lavish guest house with Japanese garden for their esteemed guests. But the Hori family also gave back to the community by establishing a state-of-the-art hospital for the miners and locals.

The mansion that still stands today was built in 1785, after a fire burned down the original building. The mansion features many tatami rooms with different styles, and a spacious kitchen, with some of the cooking furnaces still intact. The kitchen is almost as big as the rooms of the noble owners, showing how much work went into preparing the elaborate meals. These kitchens also reveal more about the everyday life of a Japanese during that period, as the simplicity of the tatami room also hides the details of the lifestyle.

The guest house called Rakuzan-sou was built in 1897. The reason for such a luxurious building is that while the mining in the area around the Hori Mansion stopped after the Meiji Restoration (1686), the family continued the mining business all around the country. They have entertained businessmen as well as high ranking politicians, and with the Japanese omotenashi spirit (the spirit of welcoming guests), they felt compelled to build a guest house appropriate for their high-society guests.

The ground floor of the guest house represents things close to the earth, with vegetables and fruit motifs in the decoration. The main room gives a splendid view of the garden, which was built around the pond and the waterfall. The first floor represents the sky, with bird motifs carved into the wooden elements.

In autumn, the garden is illuminated during the night for 2 weeks, which is said to be a sight worth the long journey.

On the other side of the road, there is another Japanese garden called Warakuen, with long steps leading up the hillside. This garden is also part of the view from the second floor of the guest house. It was built in 1915 with four small ponds and a small hexagonal pavilion half way up the hill.

Hatagasako Hospital, only a hundred meters from the mansion, was built in 1892 by Reizou Hori, of the same Hori family. Building a considerable wealth with mines all over central Japan, he felt the need to give back to the community. Hori started projects such as building an elementary school in the area, giving financial aid to disaster victims, and building a hospital that can provide low cost medical services. Even though the hospital was sold after troubled times 1931, it served the local community until as recent as 1984. In 2005 it was designated as a Government Designated Important Sight and also Important Tangible Cultural Asset.It was reopened in 2016 as a museum and cafe. 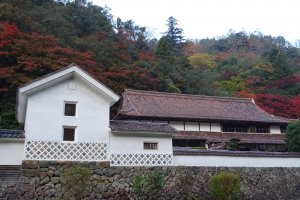 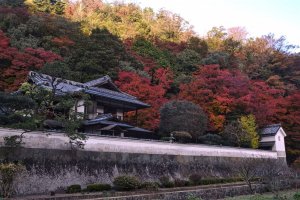 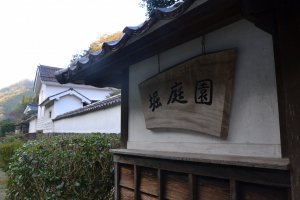 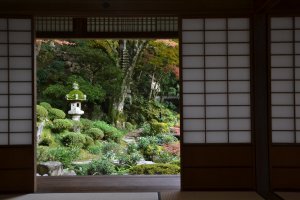 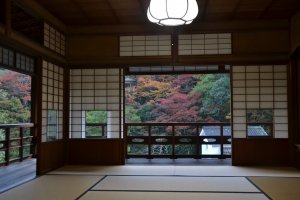 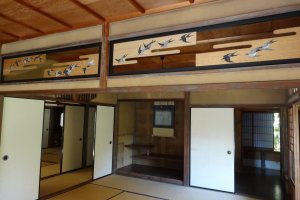