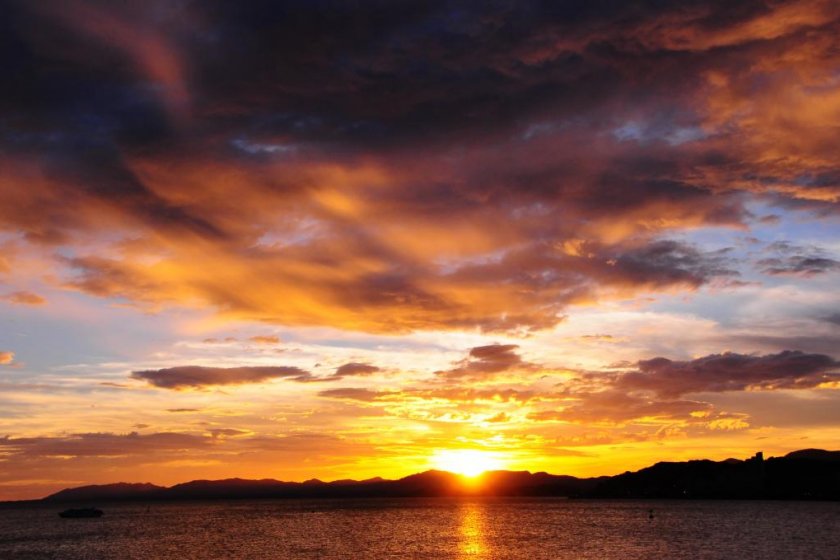 Breathe in the Sun in Matsue

One of Japan's best sunsets can be found in Matsue city

A trip to Matsue wouldn't be complete without seeing the sunset over Lake Shinji. This view is included in Japan’s list of one hundred best sunsets, and it’s not hard to see why, as the changing seasonal colors of the skies reflected in the lake keep both visitors and locals alike, captivated in the fleeting moments before dusk. We recommend watching it from anywhere along the Shirakata Park (beside the Shimane Prefectural Art Museum) and up the promenade by route 9.

Lake Shinji is the seventh largest lake in Japan, and with a combination of both salt and fresh water, it is home to a wide variety of fish and clam species. Only second to its sunset, Lake Shinji is most synonymous with its haul of shijimi clams, which are incorporated in various local dishes. The sight and sounds of the early morning fishers speckled across the lake offer a peaceful view for early risers.

The small island (with a circumference of only 240 meters) appearing as if to almost float atop Lake Shinji, has in fact, a sorrowful tale attached to it. According to legend, it is said that a young newly-wed bride was desperately unhappy in her new home, and wished to return home to Matsue. As it was winter, the lake was frozen over, and the quickest route was to cross directly over the lake. Whether she simply didn't’ notice, or whether it was out of sheer desperation to return we do not know, but she continued on despite the ice forming cracks beneath her. Before reaching the shore, she tragically fell through the ice and drowned. It is said that the gods witnessed her misfortune, and so raised Yomegashima Island to the water’s surface, where the young woman’s soul could see the lights at night of her beloved Matsue.

The island also lends its silhouette to the backdrop of the sunset!

If you take a walk along the lakeside promenade from the Shimane Prefectural Art Museum, there is a sunset viewing area with steps where you can sit and take in the view. When crossing the road to and from the car park, make sure to use the underground walkway. 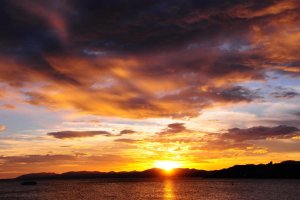 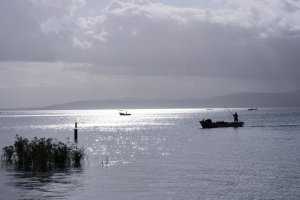 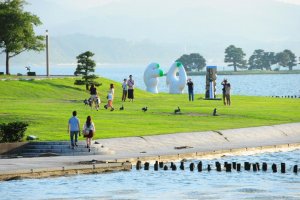 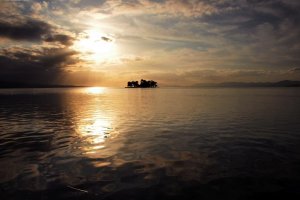 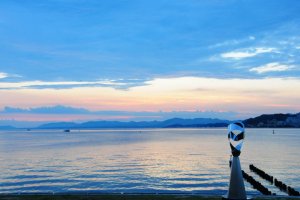 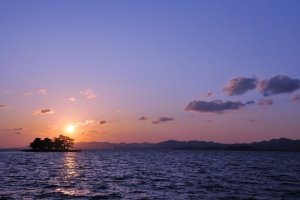 Kim B 8 months ago
Beautiful views!
Reply Show all 0 replies
1 comment in total