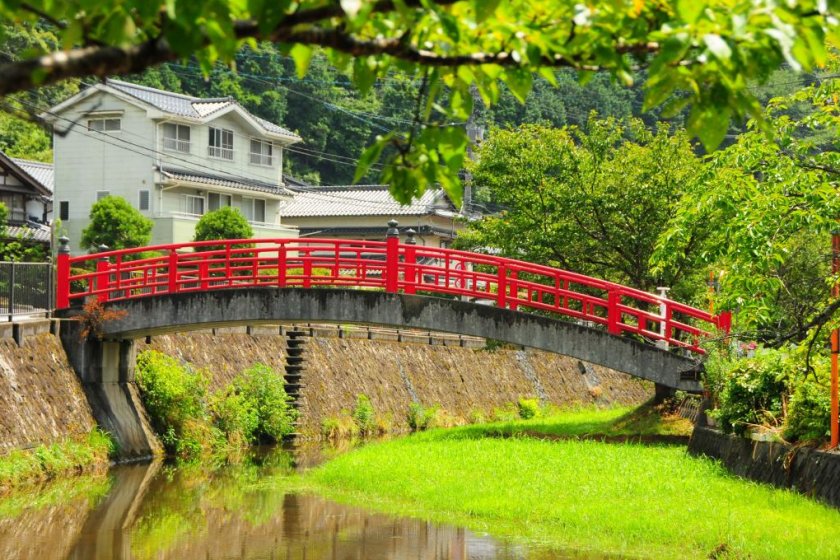 Where gods have bathed

The natural hot springs of Tamatsukuri are known as some of the oldest in Japan. The earliest recordings are from 733 AD, where is it is written in the Izumo Fudoki (an ancient record of the culture and geography of Izumo Province) that men and women, young and old, gathered in crowds at the onsen (hot spring) flowing out by the river, as if they were having a party. That means that at the very least, this onsen has been visited and enjoyed for over 1,300 years by people of all ages.

In the same writings, it is also noted that if you bathe once in these waters, your skin will regain a youthful appearance, and if you bathe twice, any ailments you have will be healed. As it has yet to be proven otherwise, the waters came to be known as the baths of the gods. What more could you ask for from a nice hot bath.

Tamatsukuri was the first onsen known particularly for its anesthetic benefits, acting as a toner and moisturizing product long before the evolution of the beauty industry we now know today. A study in 2012 found that the onsen water in Tamatsukuri moisturizes the skin up to 165% more than water alone. What’s more, with continued use, its moisturizing ability can increase to 180%. Top of the range toners today rarely pass the 150% mark! Long ago people were using the waters for its anti-ageing properties, and it continues to be used for the same purpose nowadays with people traveling from all over Japan to bath here.

Of course, the benefits don’t stop with the onsen water, the ryokan (traditional Japanese inns) which provide accommodation in the immediate area, serve delicious meals prepared with the finest local ingredients, making you feel great both inside and out!

When you’re not soaking in the onsen or tucking into some tasty meal, you can wander along the riverside street (wearing a yukata or summer kimono provided by your ryokan) lined with unique shops selling souvenirs and other curious items. There are also foot baths (free of charge) along the river shore, should you feel the need to dip your feet into some onsen water for a while before continuing your stroll. At one end of the onsen street, you will also find a Shinto shrine called Tamatsukuri-yu Jinja. Check out the wishing stone to the side of the shrine and the sumo ring to the rear. 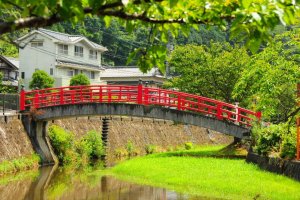 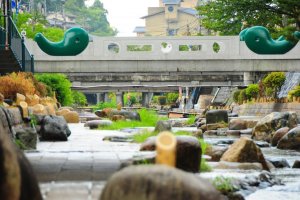 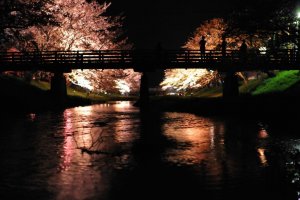 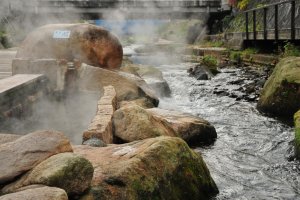 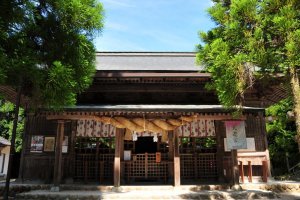 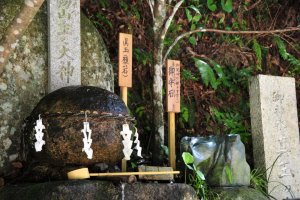