Matsue Castle: A Reminder of the Past

One of Japan's few remaining castles

Matsue is a traditional castle town, with one of the twelve original remaining castles nationwide as its foremost symbol. The castle was built over a five year period, from 1607 to 1611, by Horio Yoshiharu, the feudal lord of the Matsue domain.

Unlike other famous castles such as the one in Himeji, Matsue Castle has an overall dark appearance, with wooden panelling covering a large part of the castle tower. The outward appearance of the castle, with its spreading roofs, is said to resemble the spread wings of a plover, and so is also known as the Plover Castle (‘Chidori-jo’).

Entrance to the castle has a 50% discount for international tourists who can show their passport at the ticket office. More >

The castle’s overall construction was completed using stones in their natural form, with minimal shaping of the stones where needed. The interior of the castle features pine and paulownia wood.

The uppermost floor offers a 360-degree view of the surroundings. This lookout point and other defense features of the castle were built as a form of protection in case the castle were to be attacked. However, the castle never came under attack, and remains in extremely good condition today. During the early Meiji period, when Japan was opening up to the west and destroying any symbol of the old feudal system, castles throughout Japan were demolished. Luckily, concerned citizens bought the rights to the castle and ensured its preservation.

Inside the castle, there is a large collection of armor and battle helmets, along with a pictorial display of the castle's history, photos of all the castles throughout Japan, and miniature replicas of the layout of Matsue as it has changed over time.

The castle grounds have much more to offer than simply the castle itself. Next to the castle, is Matsue Shrine. This shrine is said to have been constructed at the same period as the castle itself. However, during the reign of the feudal lord Matsudaira Naomasa from 1638 to 1666, he instructed that an inari shrine also be constructed within the castle grounds. This particular shrine has over 2,000 small fox carvings, and is said to have been a favorite of Lafcadio Hearn. This shrine is less than a five minute walk from the main castle tower, so you should definitely go see it!

Furthermore, there are many trees and flowers within the castle grounds, such as cherry trees, plum trees and azalea plants, among others. When these trees and plants are in bloom, they fill the castle area with color. A walk through the grounds is particularly pretty during autumn when the leaves take on all kinds of red and burnt orange hues. Also, in late March and early April, the castle festival is held while the cherry blossoms are at their finest. Many people visit for sightseeing at this time, and the place is lively with events and food stands.

Find out more about Matsue Castle. 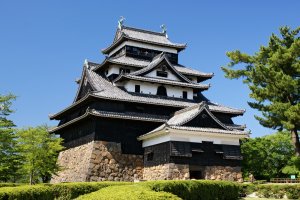 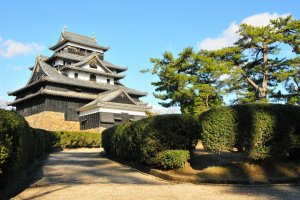 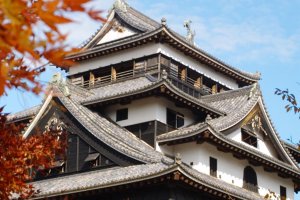 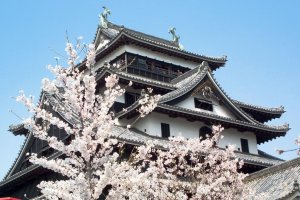 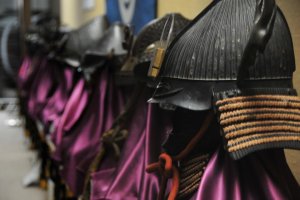 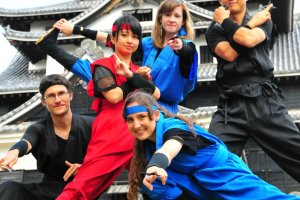 Elena Lisina 3 years ago
I've read there are only 5 original castles remained, including Matsue castle. Each is unique!
Reply Show all 0 replies
1 comment in total