Top 10 Things to See in Shimane

The best sights and activities across Shimane

Shimane, despite being the second least populous prefecture in Japan, should not be overlooked as a place to visit. Situated along the western coast of Japan, while small in size it more than makes up for this with its vast amount of cultural heritage and nature to be appreciated.

Here is a list of the top 10 things to see and do in Shimane.

A bird sanctuary located on the banks of Lake Shinji blends into the natural environment of the lush green hillside. Matsue Vogel Park is a utopia where you can see and interact with birds of many species from around the world, from penguins to owls and everything in between. In addition to the birdhouses, you can find a greenhouse filled with colorful flowers in bloom all year round. The path through the park has a roof covering making it a great place to visit even in rainy weather.

Matsue Castle, completed in 1611, is one of Japan’s 12 last standing original castles. It was constructed just a few years after the last battle of feudal Japan so was lucky to escape without significant damage. However, in the 1950s major renovation works were undertaken to further preserve the structure and the interior was turned into a museum. When visiting the castle make sure not to leave without taking a boat ride around the castle moat.

With over 40,000 square-meters Yuushien Garden is meticulously designed with seasonal flowers, ponds and sculpted trees, making it one of the most magnificent Japanese gardens. The highlight of the garden is the Japanese peonies blooming in a specially controlled greenhouse which allows over 250 types of peony to blossom year round. There are three restaurants on the grounds where you can dine on Japanese cuisine with views of the garden.

Considered one of Japan’s oldest and most important shrines with a history that dates back to ancient Japan. It is said that once a year all the Shinto deities come together to meet at Izumo Taisha and legend has it that Okuninushi, the deity enshrined at Izumo Taisha was the creator of Japan, making it a shrine of great significance. The shrine even has its own prayer style; when praying at a shrine it is usual to bow twice, clap twice, pray, then bow once more, while the practice at Izumo Taisha is to clap four times instead of two.

Between the 16th and 20th centuries Iwami-Ginzan was a prominent silver mine that produced a considerable amount of the silver that contributed to the economic development of Japan. The archaeological remains of the mines run through the wooded mountains and valleys, the site has been preserved and revitalized during the late 20th century, going on to be named a UNESCO World Heritage Site in 2007. Visitors can only see one of the main entrances but learn more about the mine by visiting its World Heritage Center.

A short distance from Iwami Ginzan Silver Mine is Iwami-Ginzan Omori-cho, a town that once served as a hub for mining activities. It has retained the classic Japanese townscape, lined with traditional homes, merchant shops, temples and shrines. The remains of the Daikansho (Magistrate’s Office) and Buke-yashiki (old samurai residences) have been designated as important cultural properties. As culturally rich and preserved as this town is, its location tucked away in the mountains means that it rarely sees throngs of visitors.

Designated a UNESCO Global Geopark in September 2014, the Oki Islands are a set of volcanic islands off the coast of Shimane with a long history that dates back to the Japanese Paleolithic period. The islands consist of a group of four large inhabited islands and 180 smaller uninhabited islands. Each island has its own spectacular unspoiled geological landscapes with breath-taking views. The islands are great for outdoor activities such as hiking and water sports and there are over 100 shrines that can be visited. There are multiple ferries that go to the island from Shimane and Tottori Prefectures each day.

Located down the road from the Izumo Grand Shrine is Inasanohama, a sacred beach that is said to welcome the deities to the Grand Shrine. For this reason, the beach gains a lot of attention as a spiritual power spot and stopping off point for worshipers making their way to the shrine. You will find a tiny island on the beach with a wooden shrine towering above, believed to house a deity that watches over the people that come out to the sea.

The Adachi Museum of Art was founded by Adachi Zenko in 1980 with his vision to combine Japanese art and garden design. The museum houses work by contemporary artists in addition to a permanent exhibit of paintings by Yokoyama Taikan and ceramics. However, it’s the 40-acre garden often referred to as a “living painting” that draws visitors. Japan is known for its spectacular gardens, but for a garden to be named the best garden in Japan you know it must be something special. The Adachi Museum of Art has held that title for many years and a visit here will not disappoint.

Literally translated to “Entertainment of the Gods”, Kagura is a Japanese traditional performing art originating in ancient Japanese mythology. It was originally only performed by Shinto priests to the Shinto deities, but it is now shared with the public. Performers dress up in costumes and dance to the sounds of traditional instruments as they welcome the deities. Kagura is regularly performed during the autumn months in Shimane. 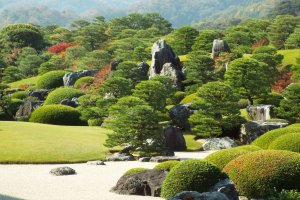 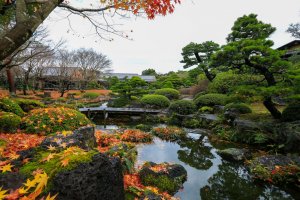 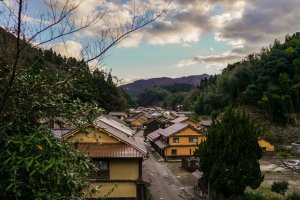 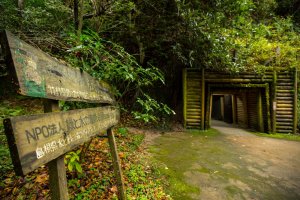 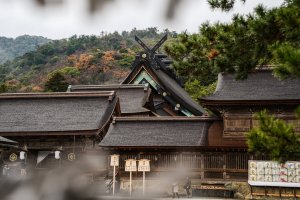 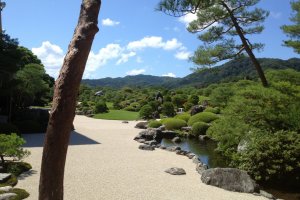 Justin Velgus 4 months ago
I had never heard of the Oki Islands! Thanks for highlighting them.
Reply Show all 0 replies

Elena Lisina a year ago
Really great place to visit! Only a bit far away from Tokyo.
Reply Show all 0 replies

Novia Mardasari a year ago
A lot of good place to visit.. excited!
Reply Show all 0 replies

Sébastien Duval 3 years ago
Go see a Kagura performance :) It is really exciting whether you visit Japan for the first time or are a permanent resident... and Shimane is the most logical location to enjoy one!
Reply Show all 0 replies
9 comments in total
Back to Contents