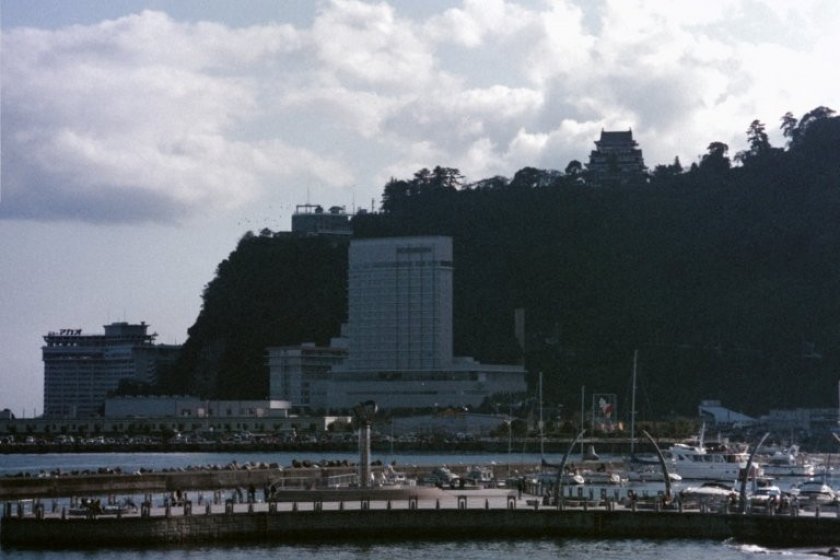 Atami Harbor with Atami Castle on the hilltop

Atami City in Shizuoka is the scene of the climactic battle in King Kong vs. Godzilla (1962). The finale took place on a hilltop overlooking the city where Atami Castle stands. Not a real Japanese castle in the traditional sense, the structure was built with tourism in mind. Before both monsters plunged into the ocean, they tore this castle to shreds.

Atami was also featured in Monster From a Prehistoric Planet (1967) where the Gappas first came ashore. This small town on the east coast of Japan’s Izu Peninsula, near the top, is less than two hours drive by car or via the shinkansen from Tokyo, and it has long been a favored resort for Tokyo residents. Atami means 'hot sea', and it rises out of the ocean in a slow curve that suddenly steepens into the imposing hills that overlook the town, reminding visitors of Naples, Italy.

Eons ago, these hills formed one side of a volcano--the other side lost to the sea through erosion. The town sits in the remnants of the crater, and with this geological history, there are many hot springs in the area. Along with its fine views of the sea, this makes Atami an ideal onsen resort.

Atami Castle was built in 1959 (in the Momoyama architectural style) when the city was enjoying its heyday as a tourist spot. At 160 meters in height (525 feet), the observation deck at the top offers superb views of the surrounding countryside and ocean.

There is a museum inside the castle depicting an old samurai homestead. Other temporary exhibitions may also be in place when you visit. Popular in spring for cherry blossom viewing, and in summer for fireworks, Atami Castle is open daily from 9am to 5pm.

Near Atami Station, there is a nice shopping mall that is perfect for casual perusing or simply strolling.

The MOA Museum of Art in Atami houses a collection of Oriental paintings, sculptures, calligraphy and craft started by the religious leader Okada Mokichi (1882-1955). "MOA" stands for Mokichi Okada Association.

The MOA Museum of Art was founded in 1982 and has more than 3,500 ancient works of art from Japan, China and other Asian countries. Three of the pieces are designated as National Treasures, and 65 are designated as Important Cultural Properties. The Golden Tea Room is not to be missed. The beautiful grounds of the museum also make for a relaxing stroll for visitors.

The MOA Museum of Art is only 5 minutes by car (8 minutes by bus) from Atami Station to the north-west. (Address: 26-2 Momoyama-cho, Atami-shi, Shizuoka) Open 9.30am-4pm. Closed Thursdays. Admission is 1,600 yen for adults.

Offshore, Oshima Island, in which Godzilla toppled into the volcano at the end of Return of Godzilla (1984) (a.k.a. Godzilla 1985), can be seen on clear days from Atami. At the Hamano Hot Springs resort on Oshima stands a stone Godzilla statue. 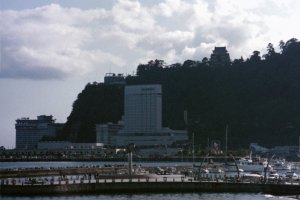 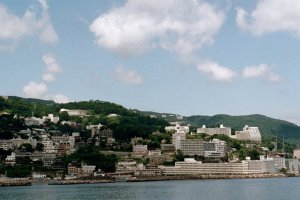 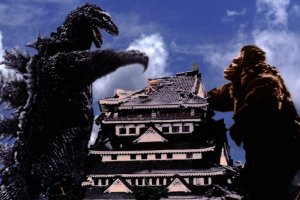 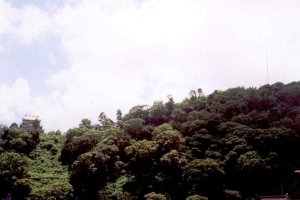 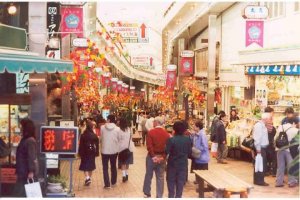 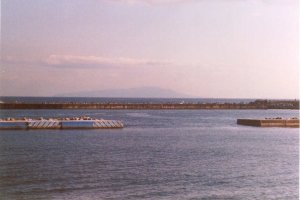