On a trip to Hamamatsu one time, a cold, rainy day had me wanting to do indoor things. This led me to go to the Hirano Museum, where I spent a very pleasant hour or so taking in the artworks.

It was founded by local businessman Ken Hirano, whose family had amassed a collection of 800 pieces of art. These are largely Japanese paintings, dating back as far as the Kamakura period (1185-1333), but also includes some western and contemporary paintings.

Despite the limited space, it's well designed to display this kind of art; the lighting is dim, the colour scheme is all browns and beiges, from the walls and carpets to the comfortable couches. Many of the older works are displayed behind glass screens, I guess in order to preserve them better.

In the main exhibition rooms I saw a good mix of paintings. There were plenty of paintings of Mount Fuji, showing the various guises it takes in different seasons and weathers. Nearby there were two impressive folding screens, painted in a more modern style, with bright flowers, and a girl sitting on the ground under a plum blossom tree.

One interesting feature was a separate room with a tiled floor, which we needed to take our shoes off to go into. Here there were two large, austere but very impressive paintings of Buddhist monks, seated in contemplation. Elsewhere there were delicate hanging scrolls painted with gentle country scenes, and in a separate case to itself one very handsome, ink-drawn landscape, a mountain shrouded in mist, a shallow river in the foreground.

One final room had a display of Hirano Ken's own paintings, which show that he had no small talent himself. The most striking paintings here were of cherry blossoms under bright moonlight, and of a colourful kingfisher.

It's about thirty minutes' walk from JR Hamamatsu station, or around eight minutes from Hachiman Station on the Enshu line, three stops from Shin-Hamamatsu station. There are also buses from the JR station terminal that stop pretty much next to the museum; get off at the Motohamacho stop.

The museum is open daily except Mondays, from 10:00am to 5:00pm: if a Monday is a national holiday, the museum is open that day and closed on the Tuesday. There are also occasional closures for the New Year holidays and for exhibition changes. Admission is JPY500, with discounts for children of junior high school or elementary school age (or free entrance if you bring them at the weekend), and for groups of twenty or more. 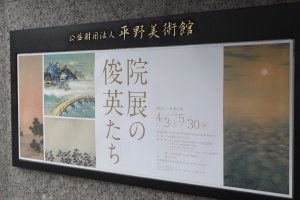 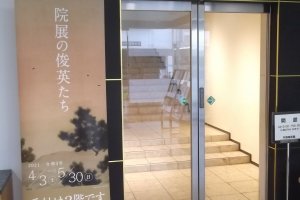 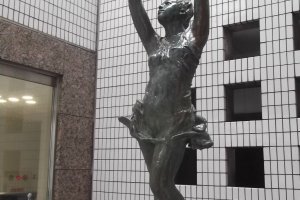 Lynda Hogan 3 weeks ago
I must remember this spot for the next time I am in Hamamatsu on a rainy day.
Reply Show all 0 replies

Sleiman Azizi 3 weeks ago
800 pieces of art is a serious collection...
Reply Show all 0 replies
2 comments in total