Enjoy the unusual artworks in Matsuzaki

On the west coast of the Izu Peninsula, Matsuzaki is a picturesque little seaside town, a very pleasant place to stroll around slowly for half a day or so. It's nice and peaceful, there's some distinctive design, you can soak your weary feet in a foot bath, and take in the handful of sights, one of which is this museum.

Some biography: Irie Chohachi was born in Matsuzaki in 1815, and studied there at Jokanji temple until he was twelve. He then started an apprenticeship with a local plasterer, before going to study painting in Edo (now Tokyo) when he was twenty-three. Here he developed his own styles of painting in plaster, and of adding colour to carved plaster reliefs.

The museum building looks like a throwback to the days of the Bubble economy, with white plaster walls and a grandiose, heavily stylized design, partly influenced by the distinctive, traditional local houses. The arch that you walk through to get to the entrance proper is actually also an interior bridge, so when you're inside you can walk up the steps, then take a rest as you admire the heavenly plaster maiden carved into the ceiling above you.

There's a wide variety of interesting artworks inside: as well as the paintings and plaster reliefs there are sculptures, ceramics, hanging scrolls, and three brightly colourful Buddhist statues. Mount Fuji features among the landscapes, with tiny figures watching a sunset from the beach, and other subjects include several Buddhist saints and deities. One memorable scroll shows us a warrior fighting to rescue a maiden from a dragon that's blasting fiery breath all around. The museum provides magnifying glasses so we can check the detail and textures more closely, and there are also QR codes by some artworks, which visitors can use to get more information in a range of languages.

Close to the museum there are a couple of other interesting places to visit. Jokanji temple features more of Chohachi's striking artworks, including a white dragon on the ceiling, which he created in gratitude for his education there. Also nearby is Inashimo shrine, where you can see some oddball wooden sculptures in the grounds, and an eclectic mix of paintings and other treasures inside.

There are no trains in this part of the country, so if you're not driving, you'll need to take one of the buses that run up and down the coast. Matsuzaki is a terminal for buses arriving from Shimoda to the east - the museum bus stop "Chohachi Bijutsukan" is on this route - or from Shuzenji and Dogashima to the north. The museum is about a ten or twelve minute walk from the bus terminal.

The museum is open daily from 9:00am to 5:00pm. Admission costs JPY500 for adults, or is free for children of up to high school age. 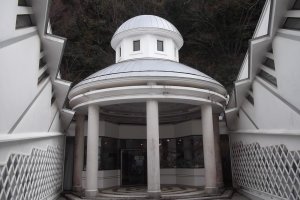 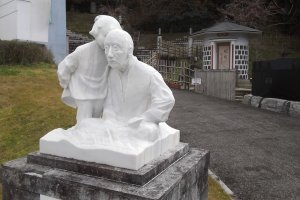 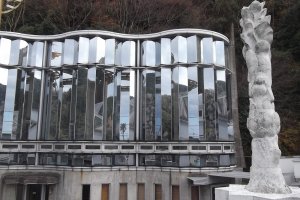 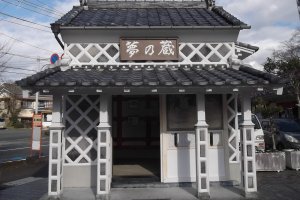 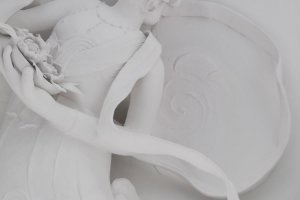 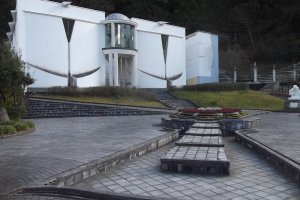 Kim 4 months ago
I like the design!
Reply Show all 0 replies