In the countryside towards the southern tip of the Izu Peninsula, this museum is somewhere I'd always wanted to go to, without wanting to make a special trip. Then one time I was in the area and armed with a bus pass, so I took the chance, and thoroughly enjoyed my visit.

Before you even get into the museum buildings, you come to neighbouring Koyoji temple. The worship hall isn't much to look at, but what's interesting is the array of scores of Buddhist statues, Most are lined up so you can admire them as you walk along, but there's also a statue of the Kannon (goddess of mercy) looking down from her perch over a fountain.

There are two main museum buildings, housing regularly changing exhibitions. The one is a little smaller, with three little galleries displaying modern art, both Japanese and from overseas. When I visited, the main event there was an exhibition of paintings by Kaburaki Kiyokata, a renowned painter of Nihonga, traditional Japanese paintings. In the smaller rooms I saw paintings and sculptures by well-known European artists, among them Renoir, Cezanne, Monet and British sculptor Henry Moore.

The larger building is of Buddhist art, which when I visited was primarily sculpture. You walk into a long, airy hall with a high ceiling, just filled on both sides with ranks of wooden sculptures depicting Buddhist deities, saints, guardians and devotees. These are clearly modern, but of high quality, and it's interesting just to see the variety of figures there are.

The smaller rooms in this building are given over to the temporary exhibition, which when I visited was of Buddhist sculpture from around Shizuoka prefecture. These rooms are dimly lit with lower ceilings, so when they're not busy you can enjoy the art in a more peaceful, meditative atmosphere.

Between exhibitions or after you've seen everything, you can relax in the cosy lounge in the modern art building, maybe looking out at the unusual sculpture in the small garden. Then at the ticket counter you can choose from the range of postcards they have for sale, images of both paintings and the Buddhist sculptures.

If you're not driving, you'll need to take one of the infrequent buses on the route between Shimoda and Matsuzaki. Get off at the Aitama bus stop, about twenty minutes from Shimoda station, ten from Rendaiji station. From there the museum is a ten or fifteen minute walk, through the countryside but well signposted.

The museum is open daily from 9:30pm to 4:30pm, closing only for exhibition changes. Admission is JPY1000 for adults, JPY500 for university students, free for high school or younger. 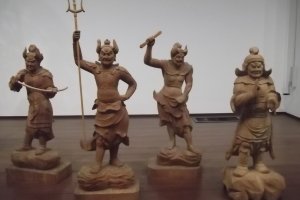 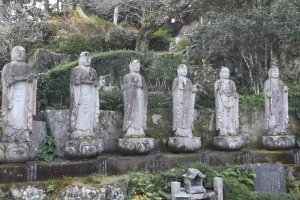 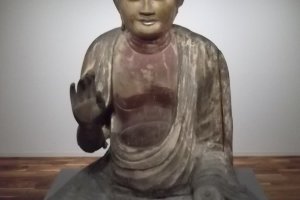 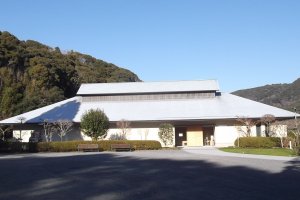 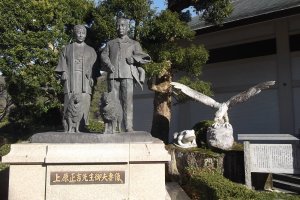 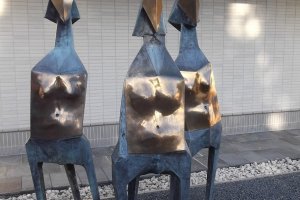