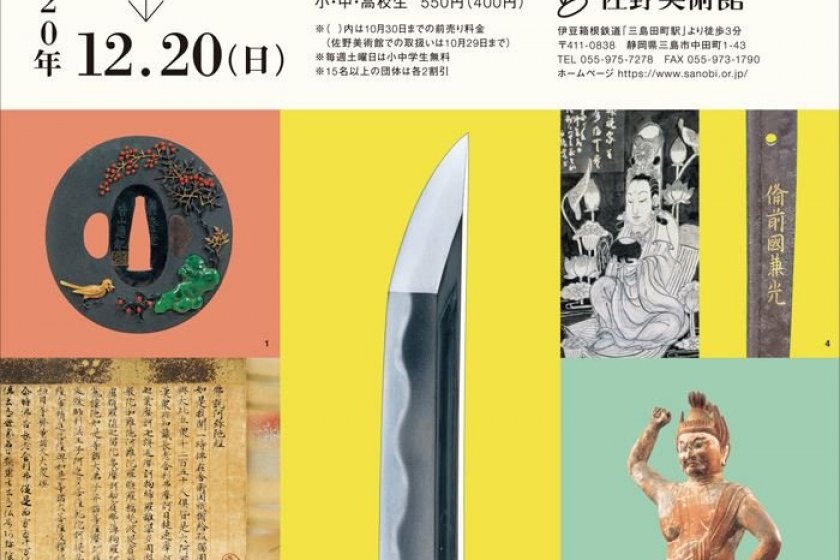 The beginning of the Sano Art Museum

The Sano Art Museum features a range of different art pieces, including paintings, sculptures, and Noh masks to name a few. One of the most notable items in the museum collection is a Japanese sword called “Naginata”, which has been designated as a National Treasure.

A special event at the museum looks into a collection of around 60 Japanese swords, including the Naginata which dates back to the Kamakura Period (13th Century).

The Sano Art Museum is located approximately three minutes on foot from the Mishima Tamachi Station, served by the Sunzu Line.

For those who plan to drive to the museum, it's around 8 kilometers from either the Tomei Expressway's Numazu IC or the Shin Tomei Expressway's Nagaizumi Numazu IC. On-site parking is available for around 50 vehicles, and if the lot is full there's also paid parking nearby Mishima Municipal Parking Lot. 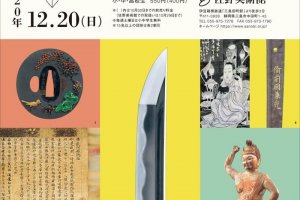 Elizabeth S 5 months ago
The museum got its start with sword the collection. Looks like a good excursion while visiting for onsen!
Reply Show all 1 replies

Kim Author 5 months ago
That would be the perfect getaway at this time of year - some culture, some onsen...some tea! Heaven!
Reply
2 comments in total